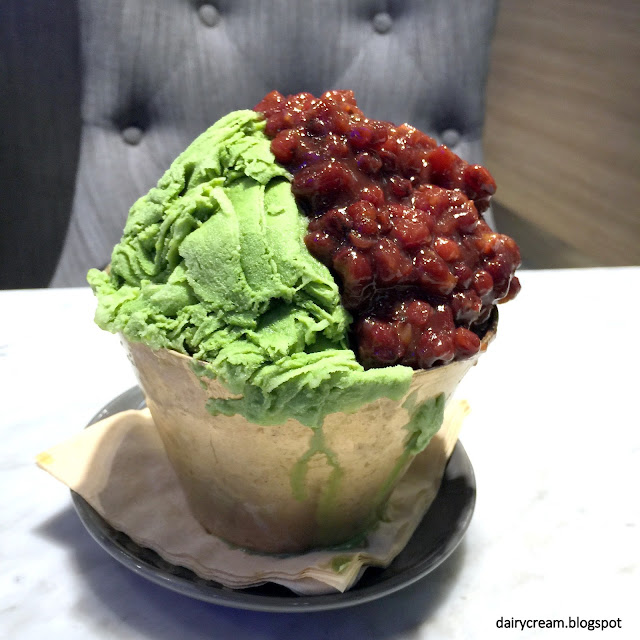 Bread is the first thing I think of when it comes to Paris Baguette Cafe so I was quite surprised to learn that it has launched 4 new bing su. Or maybe it isn't such a surprise since Paris Baguette is still a Korean franchise. 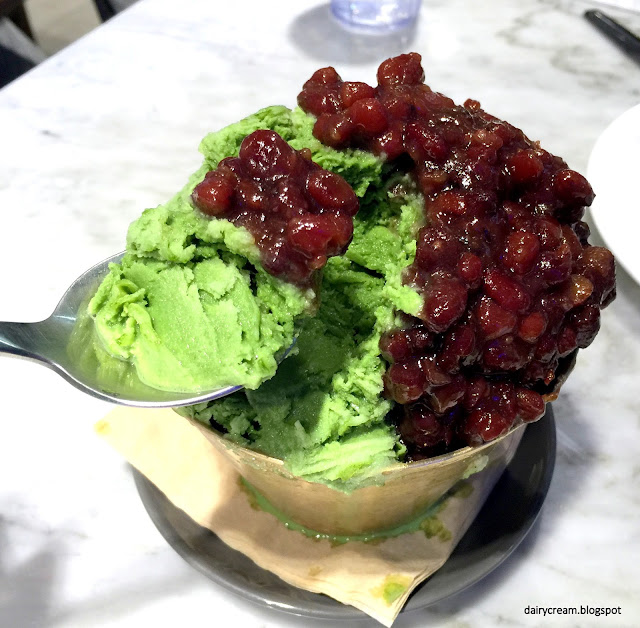 The Matcha Bingsu ($12), which is a sizeable good-for-sharing portion loaded generously with sweet red beans, turned out to be an enjoyable one. The flakes might not be as fine as Oma Spoon but this is less sweet and there is enough red beans to last till the very end. 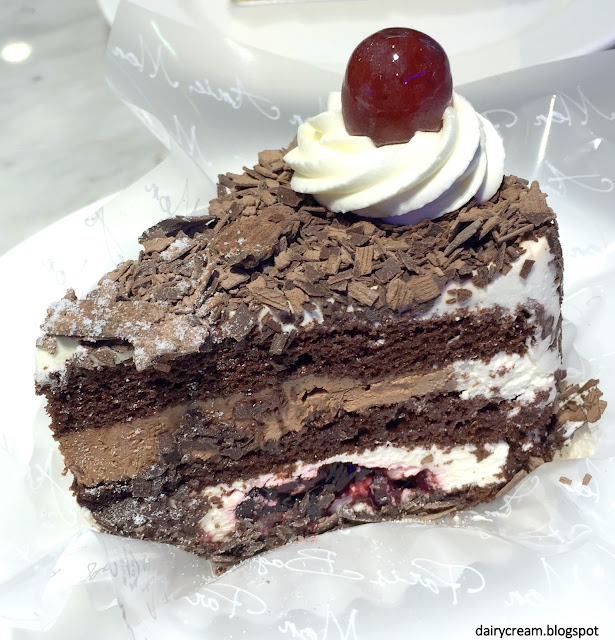 On the other hand, the cakes did not fare as well as the Bingsu. The Foret Noire lacked the necessary moisture and intensity of cacao notes, making it quite an unpalatable and expensive cake at $7.50. 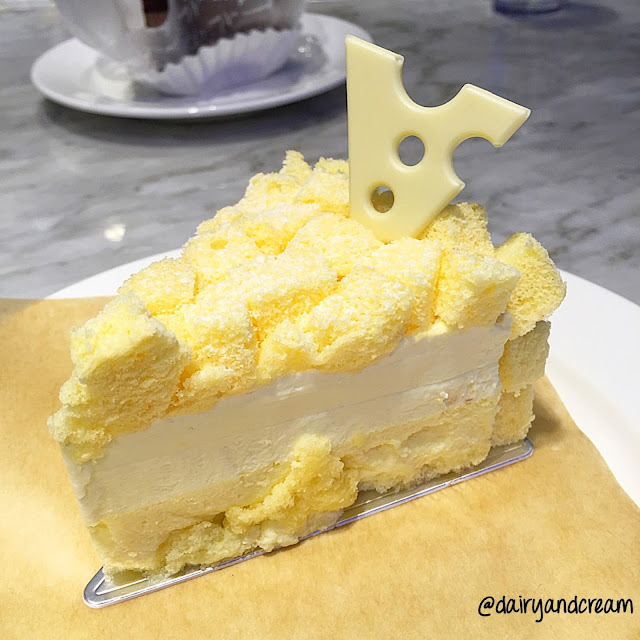 Fortunately, the Double Fromage, a construction of baked cheesecake layered with cheese mousse, was the saving grace. Some say there is a sense of de ja vu as it resembled Le Tao's version. For the looks, maybe. But for the taste, this has a long way to go.