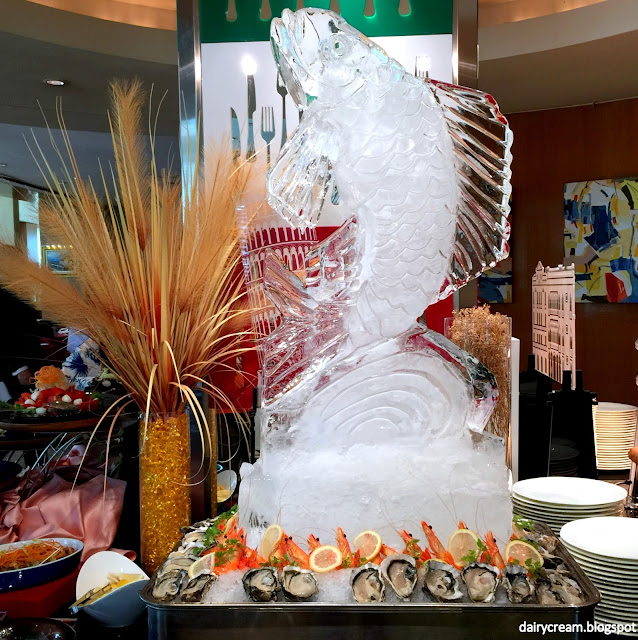 After months since I've last visited Pontini, the Italian Semi-Lunch Buffet has been refreshed with more exciting features such as live foie gras station and artisan cheese room. The feasting style remained the same, as diners can continue to indulge in all-you-can-eat antipastis, pastas, pizzas and desserts in addition to a choice of main course. 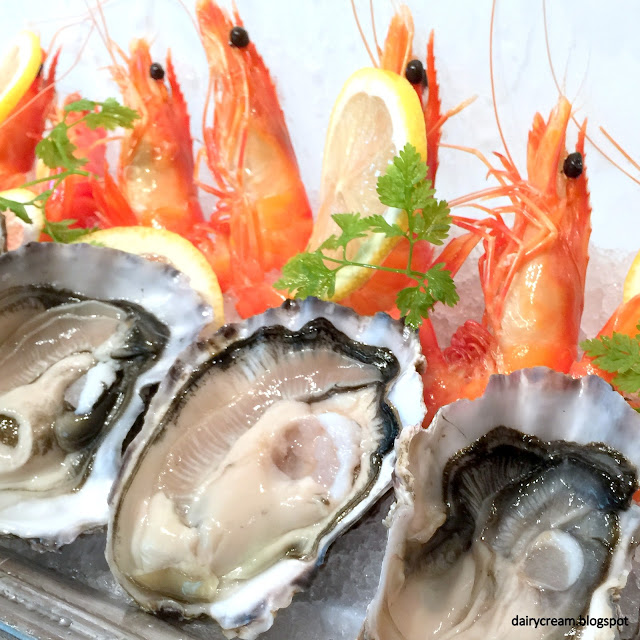 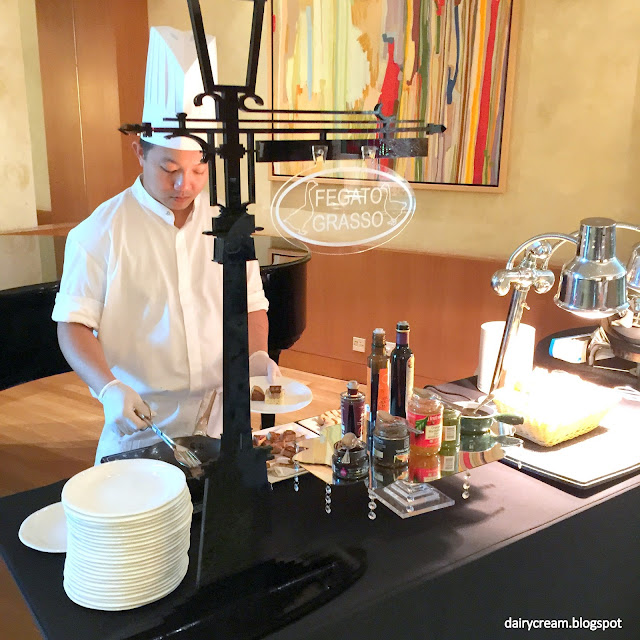 Pan-seared foie gras already sounded like a luxury treat but how about having it free flow? This is an absolute must for any foie gras enthusiast. Served on toasted brioche, the foie gras is nicely crisp the edges with interiors that are silky smooth. The best thing is the variety of jams and condiments that keeps one from feeling jaded of the richness. 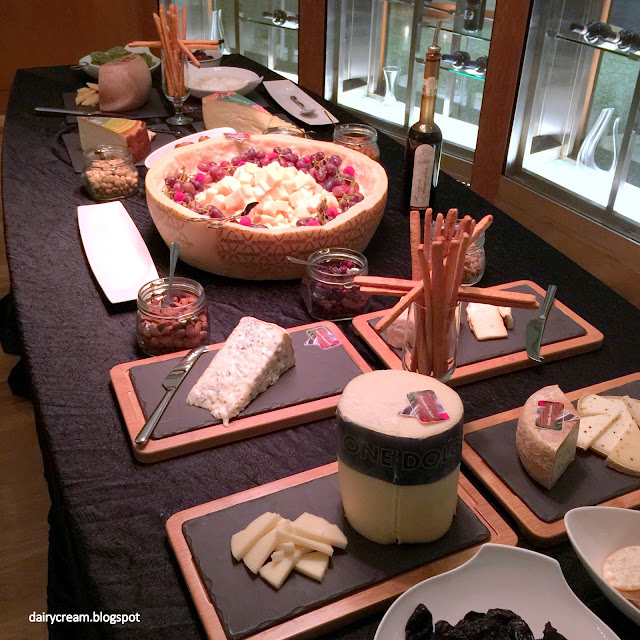 Adjourn to the all-new artisan cheese cellar and you can find an prestige assortment of cheeses imported from Italy. According to the expert recommendations from Chef, one should commence from the soft blue cheese and end with the hardest Grana Padano Parmigianno. 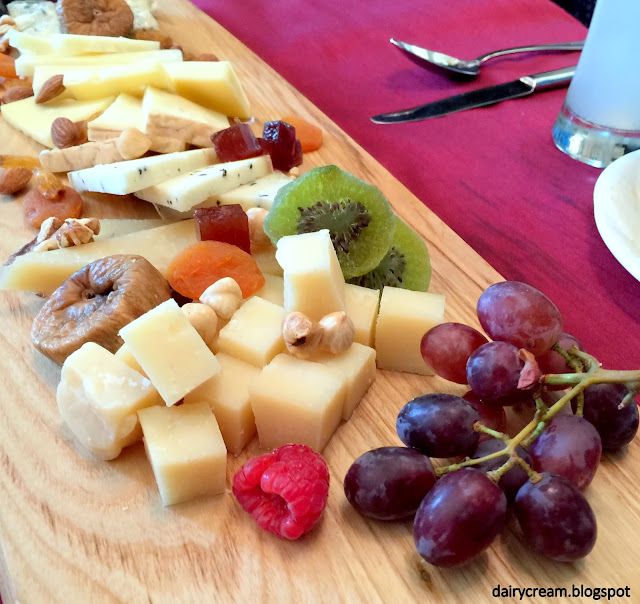 I obediently started from the gooey blue cheese, but soon "jumped queue" to the Truffle Pecorino and "fast forwarded" to the Grana Padano Parmigianno (the giant cheese bowl of the artisan cheese cellar) None of these disappointed and I highly recommend anyone to explore this cheese wonderland even if you seldom take cheese in your daily life. 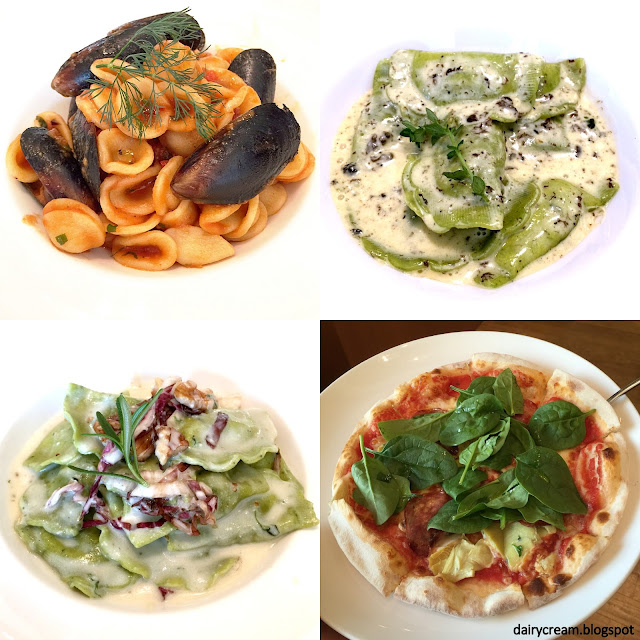 Similarly, diners can customize their pastas and feast as many plates to their hearts' desires. While the team of chefs remained the same, the pastas were significantly tastier than before.  For instance, I have a penchant for cream based pastas and these toothsome Ricotta and Spinach Ravioli, tossed in Parmesan Cheese Fondue and finished with Raddichio and crunchy walnuts, acted as a decadent interlude to the meat-based main courses.

The Roman Carbonara style was even better, striking just the right balance between savoury and peppery. Meantime, the Chilli Pesto with Fresh Tomato Sauce is also another appetizing yet robust dish mixed with black mussels and olives. 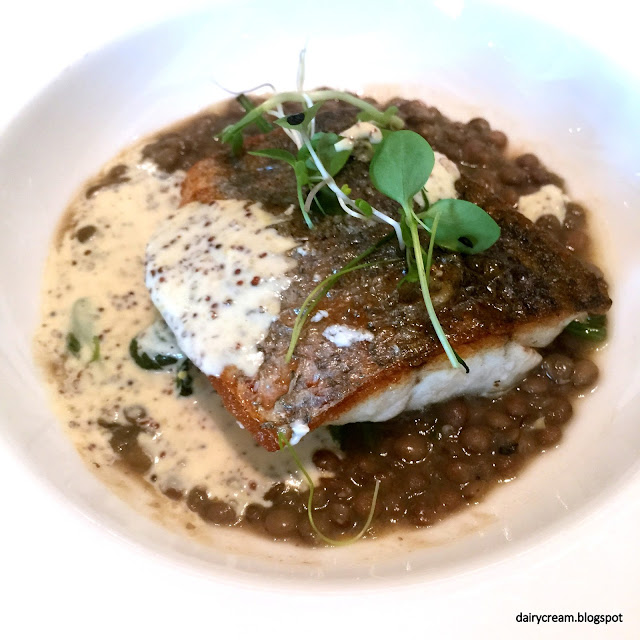 While some of the mains were more appealing than others, there isn't anything which I particularly dislike. For instance, the Oven baked Barramundi Fillet was unquestioningly moist, crisp and went smoothly with the creamy grain mustard sauce. This dish would feel incomplete without the sautéed spinach and the Castelluccio lentils which offered pleasant bites. 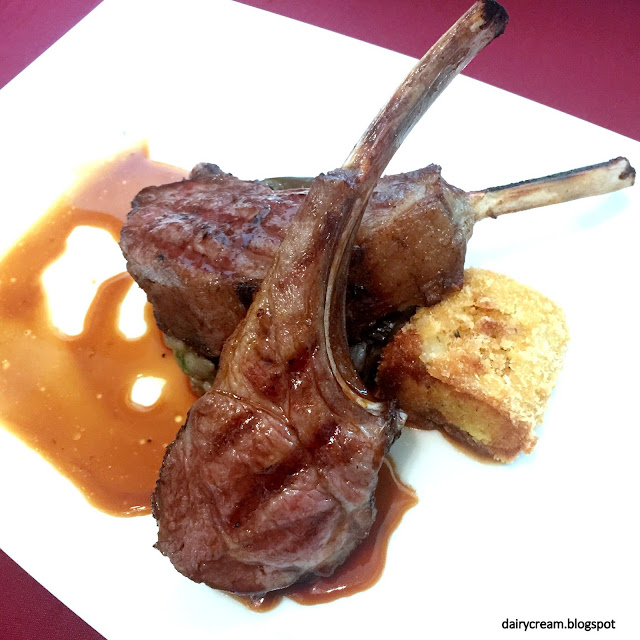 Leaning against a yellow polenta cube and aubergine ragout, the NZ Lamb Racks is a straightforward dish served without fanfare. It might even appear deceptively dull, but it is precisely the simplicity that brought out the clean taste of the meat. 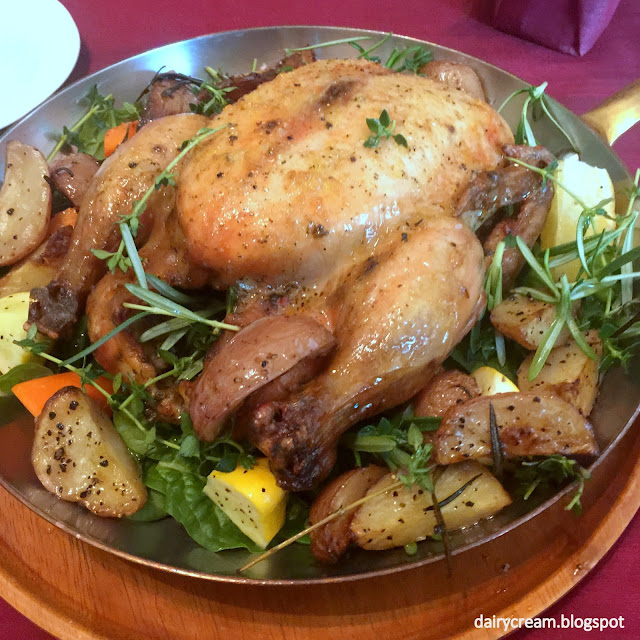 Nevertheless, I would pick the Roasted Spring Chicken with Chianti red wine jus if I were to dine alone here without any companions to share a variety of mains. I thought I was full but I felt pangs of hunger as soon as it arrived.

The aroma was dancing in the air and the meat was perfectly seasoned, moist yet crunchy at the part near the wings. Don't miss the soft bed of arugula leaves below the chicken that had soaked up all the juices trickling down. Truly a dish that is executed with finesse! 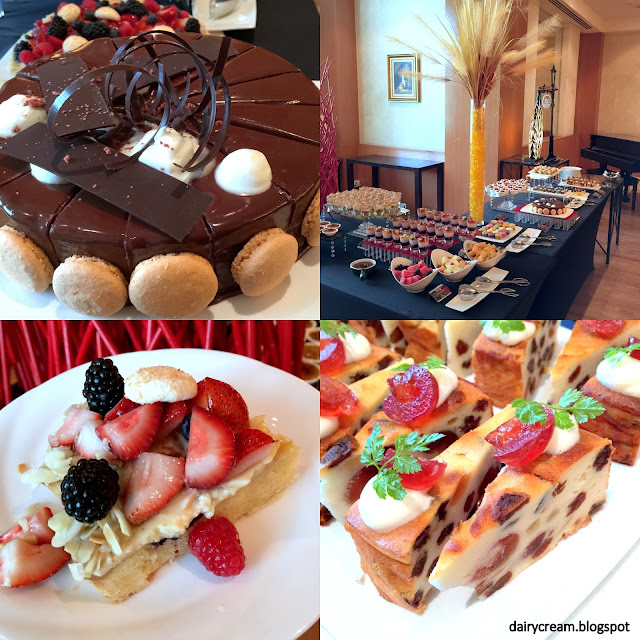 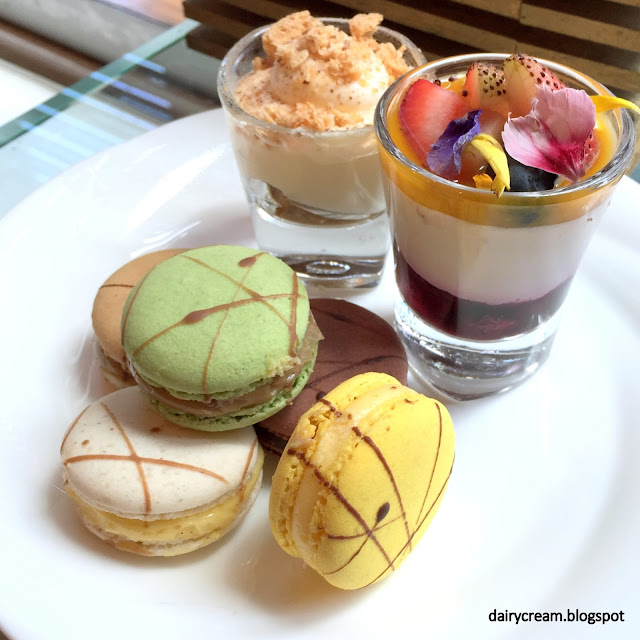 It was heartening to see that the dolce spread has expanded from mini dessert shooters to macaroons, whole cakes and tarts such as mixed berries fragipane tart and the chocolate truffle cake. The latter was exceptionally good--so rich and potent with hints of tang from the raspberry. Though my favourite cannoli was available, the pastry was no longer as crunchy as when they were piped a la minute from the live cannoli station.

That said, this re-visit still brings me great satisfaction as there is not only more variety but remarkably improved quality. Being already very reasonably-priced previously, the revamped semi-lunch buffet is truly a super delicious deal not to be missed.