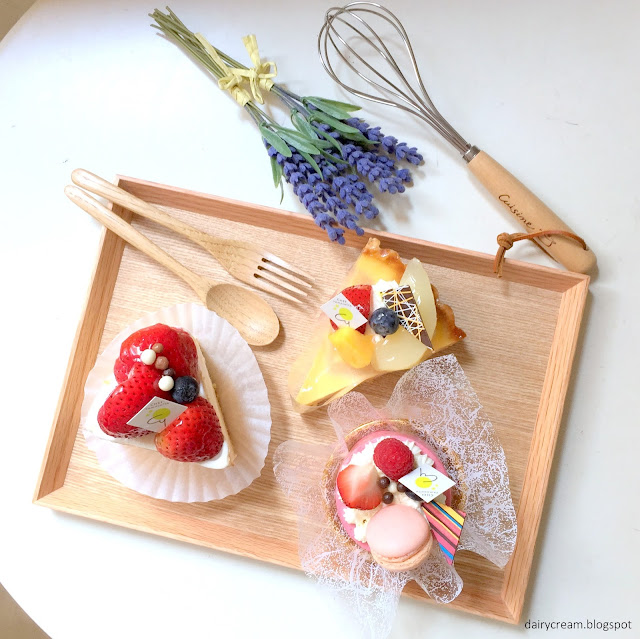 Within six months after the last time I tried Chef Yamashita's cakes in December 2014, I was delighted to find some new creations on display during a meetup with my matcha comrade Shirley @ littlemissbento. His strive for innovation is truly a move to applause as most pastry shops in Singapore do not change the items since day one. Not that it is a bad thing but it is always a wise strategy to have a mixture of new and classics items in order to stay competitive. 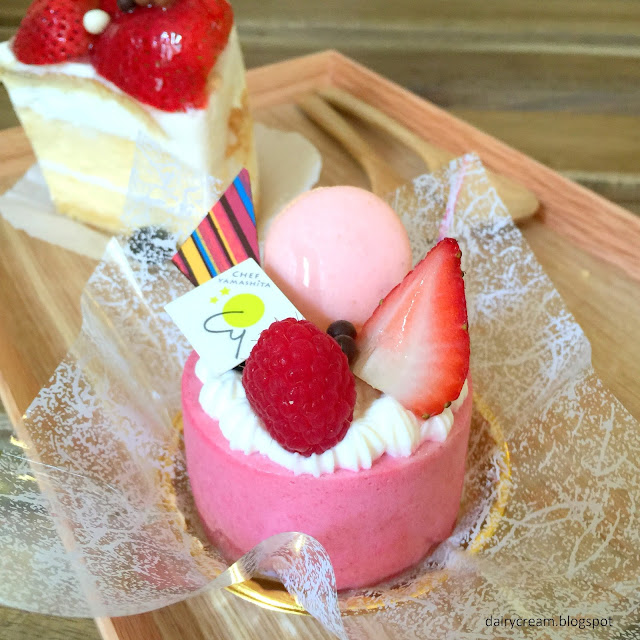 For instance, two new items (probably not so new by the time you read this) that were the Yonashi Tart ($6.30) and Framboise ($6.80) . Unlike the classic pear tart that is layered with slices, the pears are cut into chunks and baked together with the custard. I suspect some juices might have seeped into the custard during the baking process which made it more flavourful. 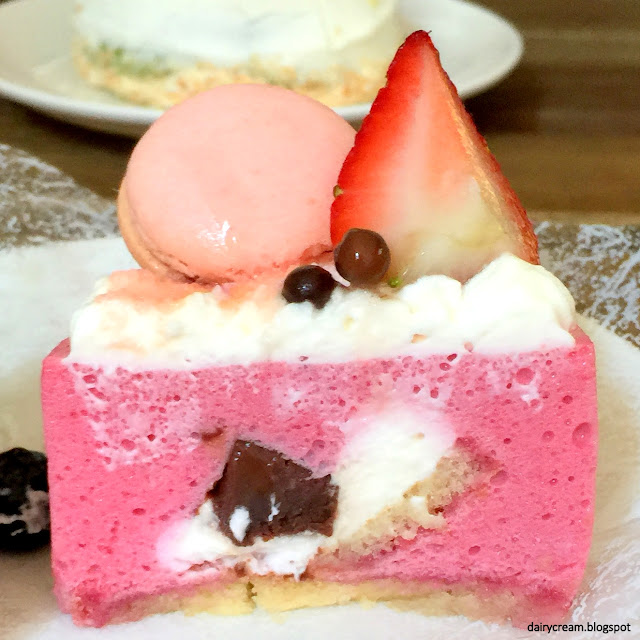 The Framboise was definitely a big surprise because I never thought that Nama chocolate could be placed in the centre, enrobed in white chocolate mousse and subsequently a raspberry mousse. Yet the nama chocolate was not texturally awkward, instilling another layer of dark romantic mood to this pretty spring dessert. 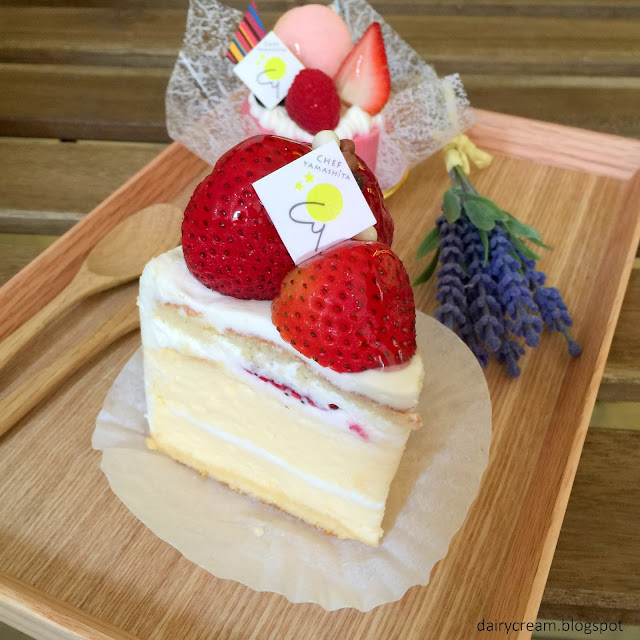 On the other hand, it is relief to see that good classics stay on the shelf. For instance, the Ichigo Soufflé ($6.50) has a livid cheese character without being too dry. It also has a more substantial layer of whipped cream and a cottony texture than the one from Chateraise. 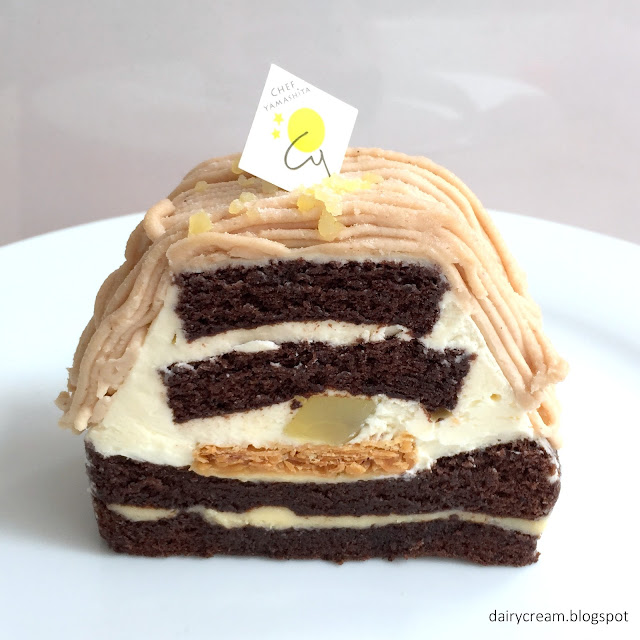 The Mount Fuji ($6.80) defied the rules of a classic Mont Blanc but in a good way. Beneath the luscious chestnut cream is a layer of light ️fresh cream, intense chocolate sponge and a  slice of puff pastry that succumbed to moisture unfortunately. Yet this is not a big sugar hit and way better than Okada's version. 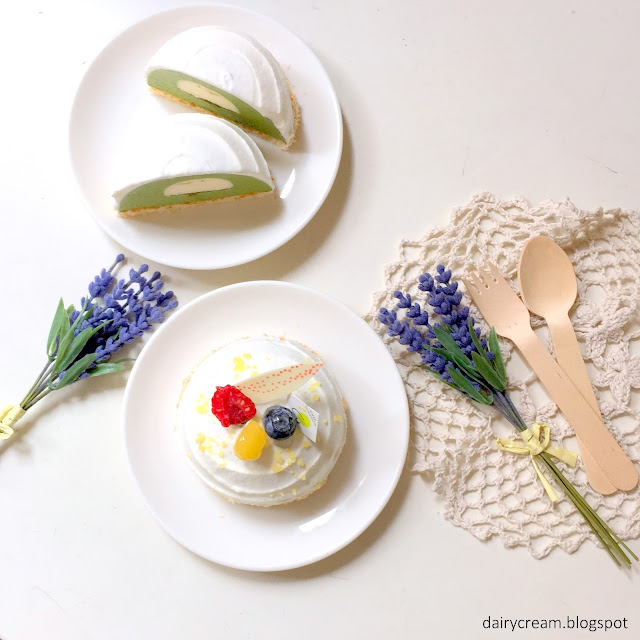 Tricky ingredients such as yuzu are articulated deftly in this Yuzu Matcha ($7.20) , a latest item that did not witness any strong fight between the citrus fruit and green tea. There is certain depth to this cake, yet it is cloud-like and clean; an unspeakable feel of déjà vu as if you were trekking in the bamboo shoots of Arashiyama. 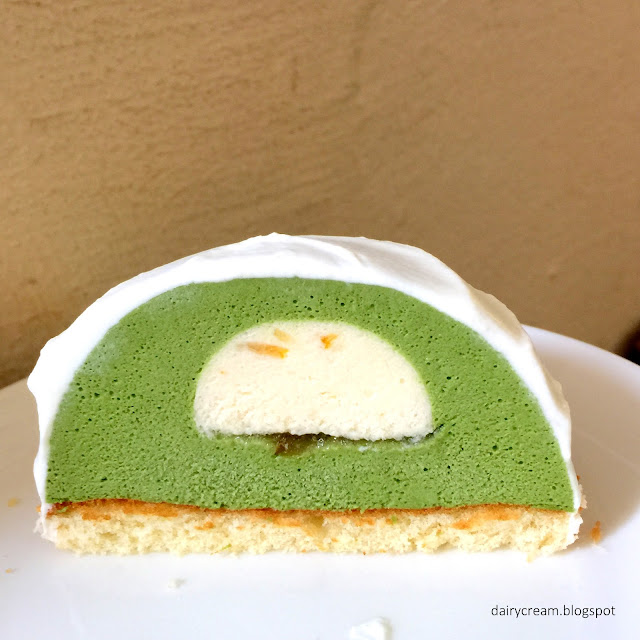 In an attempt to create something more American, Chef Yamashita has also launched this new "Handburger", a spongy almond Bouchee filled with assorted fruits and Chantily cream. Having the sponge by itself can be a little too sweet but not so when it is enjoyed with the fresh fruits and cream. 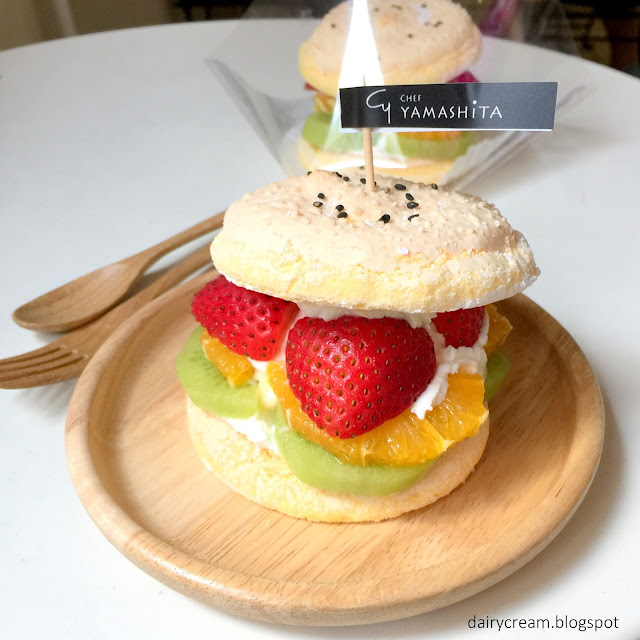 That said, it might be still too early to summon a judgment as the final version will include a Kuromitsu (black sugar) mousse patty. I guessed this does not really matter as I would visit again for more and this is for sure;) 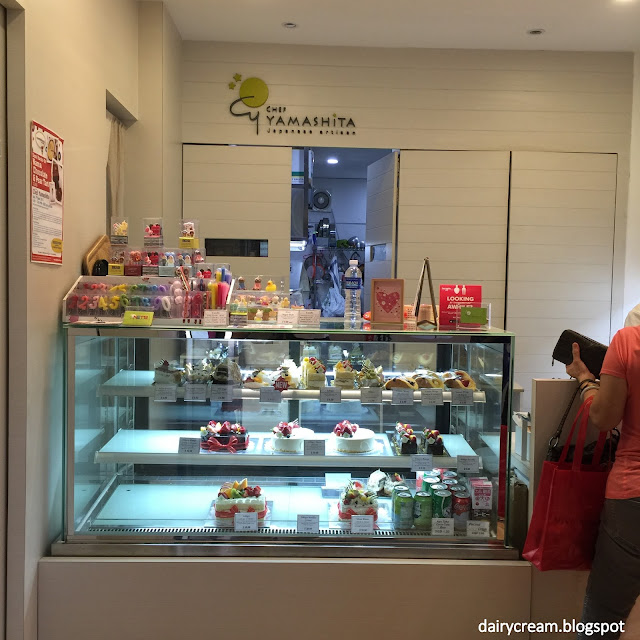