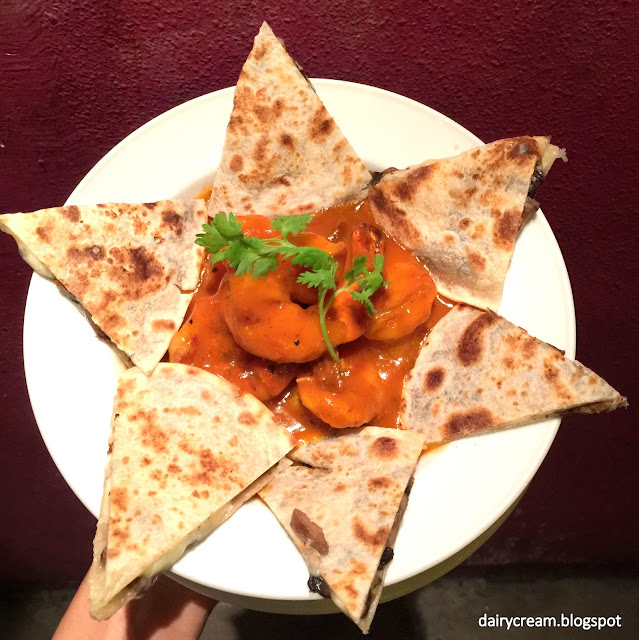 Roti prata with Marsala prawns? Nope, this is Camerones al Diablo ($23), a classic Mexican appetizer of sauteed prawns in bright red sauce made of chilli, capsicum, ginger and lime served at Cafe Iguana. Located along the idyllic Clarke Quay River since 2000, this restaurant (not any hipster cafe) is opened by an American and a Chilean who felt that there was a lack of good authentic Mexican food at happy hour prices.

With a good selection of Mexican special cocktails and Margaritas, it is not surprising to see that business is booming even on a Tuesday night. 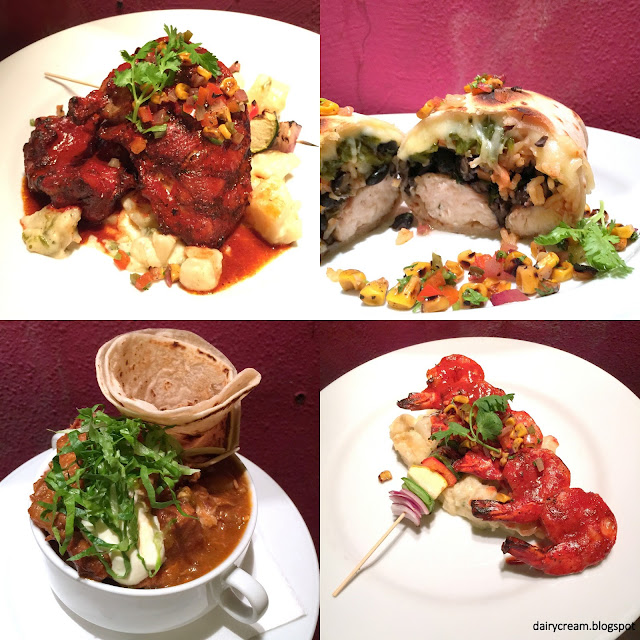 Red Snapper Burritos ($25) made a stunning entrance like a curvy oblong-shaped parcel, only to reveal a luscious interior of fish, borraco beans, Mexican rice and strands of Mozzarella-cheddar melting mid-way. This could be a potentially great dish if the snapper was not too dry.

Puerco en Chile Verde ($14) sounded exotic but it striked a nostalgic chord even if you had not experience any Mexican life before. There isn't so much firepower in this spicy pork stew. But being thick and warm, it goes ideally with the toasted tortillas or simply a direct fast track into your mouth.

How does having some tequila in your seafood sounds? The Prawn Brochette ($35) is a skewer of roughly 5-6 lime marinated prawns with smoky tequila glaze, served with grilled vegetables on a stick. It has a heady aroma, though the glaze was short of the wild character of liquor. Nonetheless, the Tequila glaze was an instant hit with the 1/2 Chicken ($28) as the toasty caramelized taste emerged from the skin which retained the moisture of the meat. 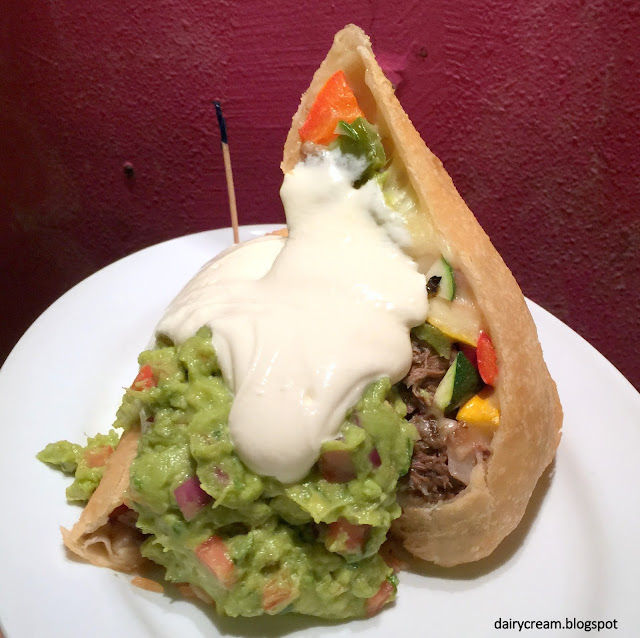 The standout dish was the Shredded Steak Chimchangas ($25), a golden crispy flour tortilla that is deep-fried to perfection such that it kept the juicy strands of beef warm and comfortable while displaying resilience any sogginess. Drenched in generous amount of sour cream and guacamole, this giant plate of meaty "Popiah" roll is messy but speaks right to your soul. 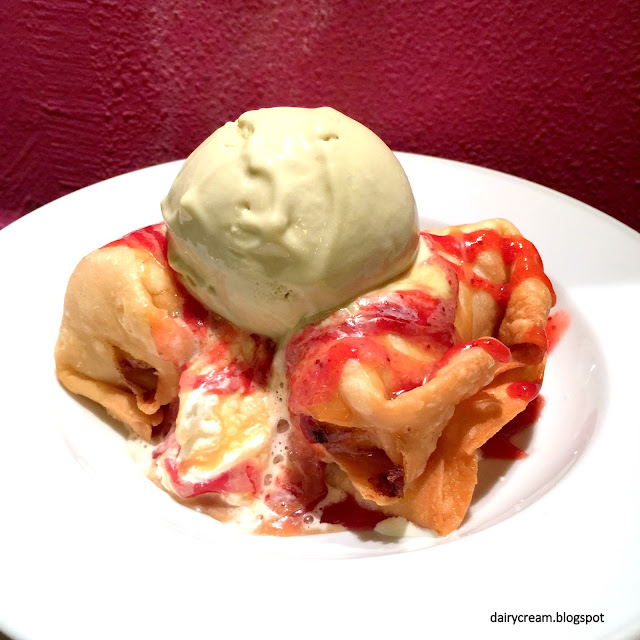 I don't fancy banana desserts but I may have to take back my statement on the Banana Chimichangas ($14) here. Just like the earlier savoury chimichanga, the filling is substituted with bananas, deep fried till the shell turned into a crunchy fritter. Wallop a huge scoop of fragrant and buttery avocado ice cream and you'll get something that is ten times better than any chocolate lava cake or any hot-cold dessert.

There is also the Sauteed Kahlua-glazed Bananas ($14) for those who are less keen on deep-fried food. This ain't no flouncy haute style ala minute flambé bananas but a rustic tropical dessert that sits on a rich and decadent sauce. Other selections include a gluten-free Ancho Chile Chocolate Cake ($14) and Churros ($12) but the former two banana desserts are more satisfying for the bucks and calories. 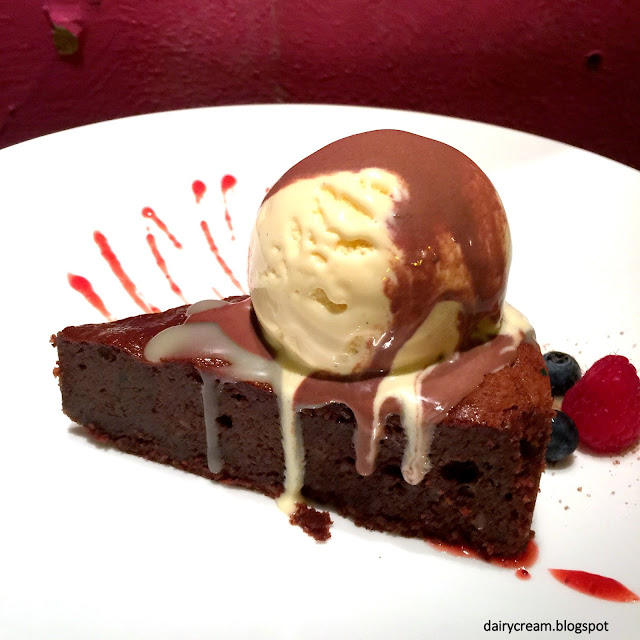 Spice-wise, the dishes are tuned to a temperate palette, yet there were moments during the feast when I thought I was eating Indian briyani. No wonder they say that Indian and Mexican cuisine are actually quite similar! In fact, I was told that about 50% of the customers are Indians.

Well, there are three different kinds of authentic Mexican hot sauces aplenty of the table for you to adjust the heat to your preference. Both indoors and outdoors seating are non-air-conditioned but I highly recommend the indoors seating if you want to enjoy the food heartily away from any outdoor smoking.