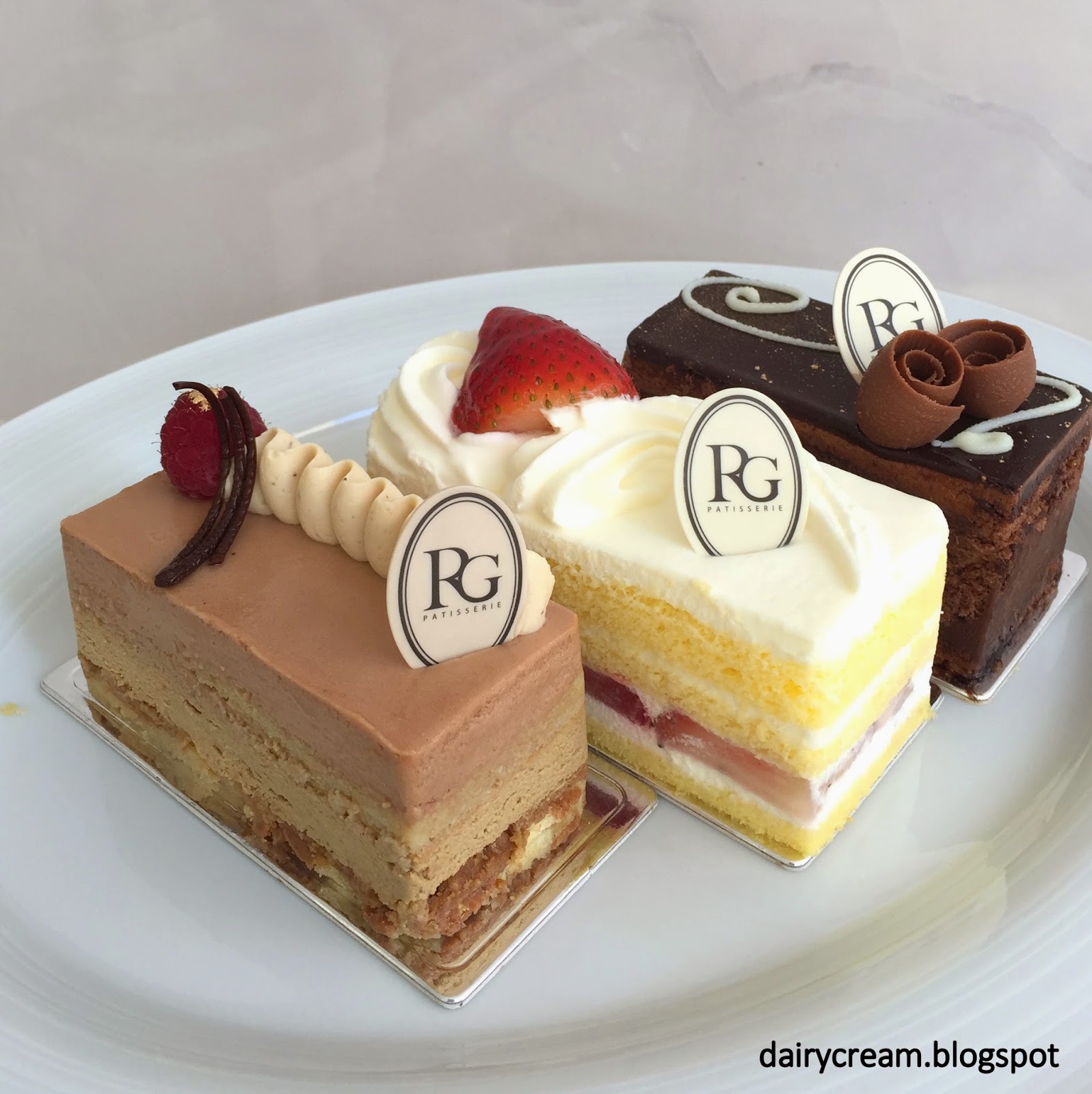 Way before Cake Glacé, Flor and Chef Yamashita opened in Singapore, I think Rive Gauche is one of the few that established itself as patisserie that sells French-Japanese fusion cakes. There are many chocolate royaltine or crunch cakes around but I think the signature Guanaja qualifies as the cream of the crop in Singapore.

With a deep mellow chocolate ganache over a crisp and sharp feuilletine, this is the only cake here in which the chocolate components are blessed with the premium Valrhona genes. 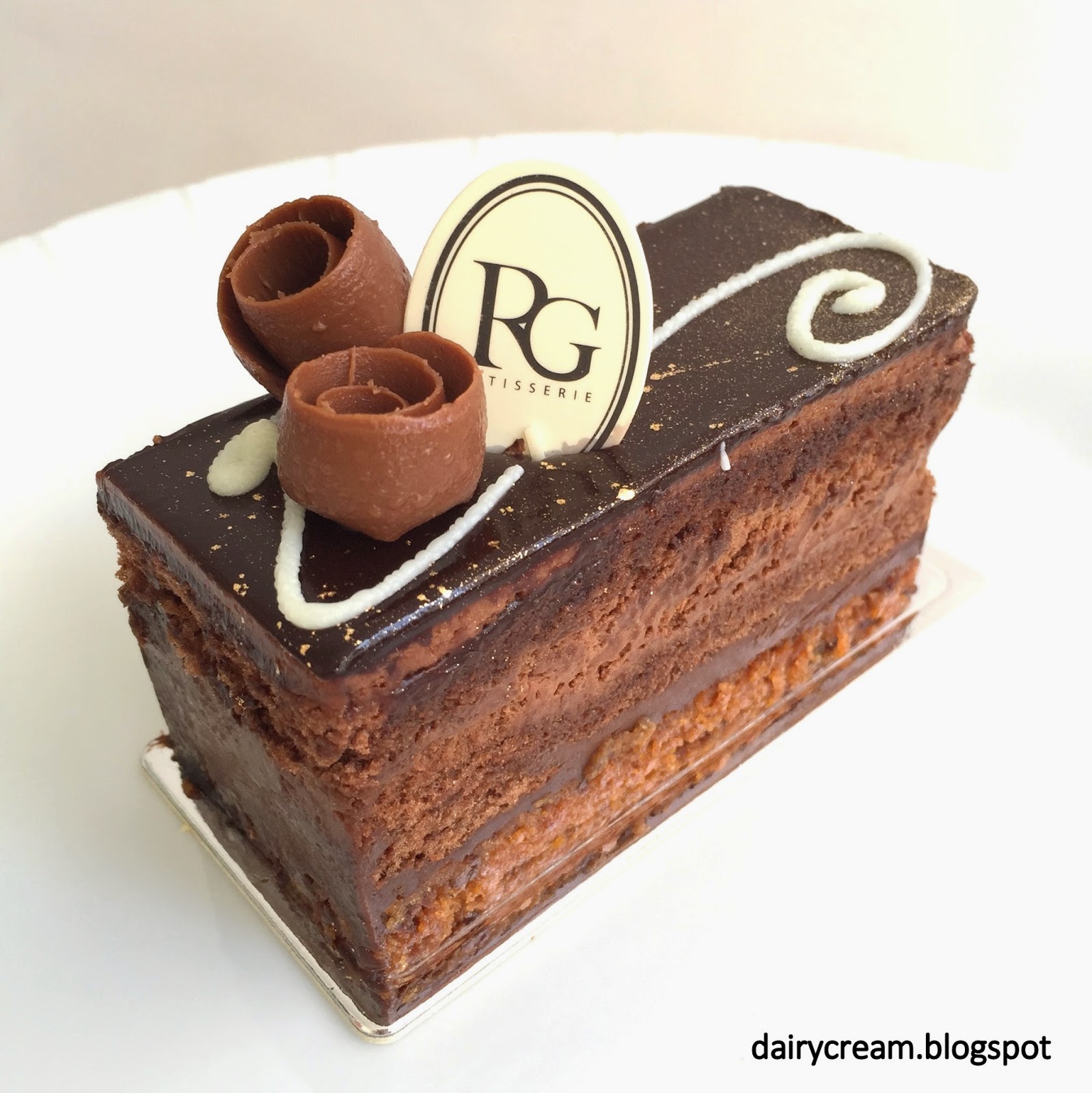 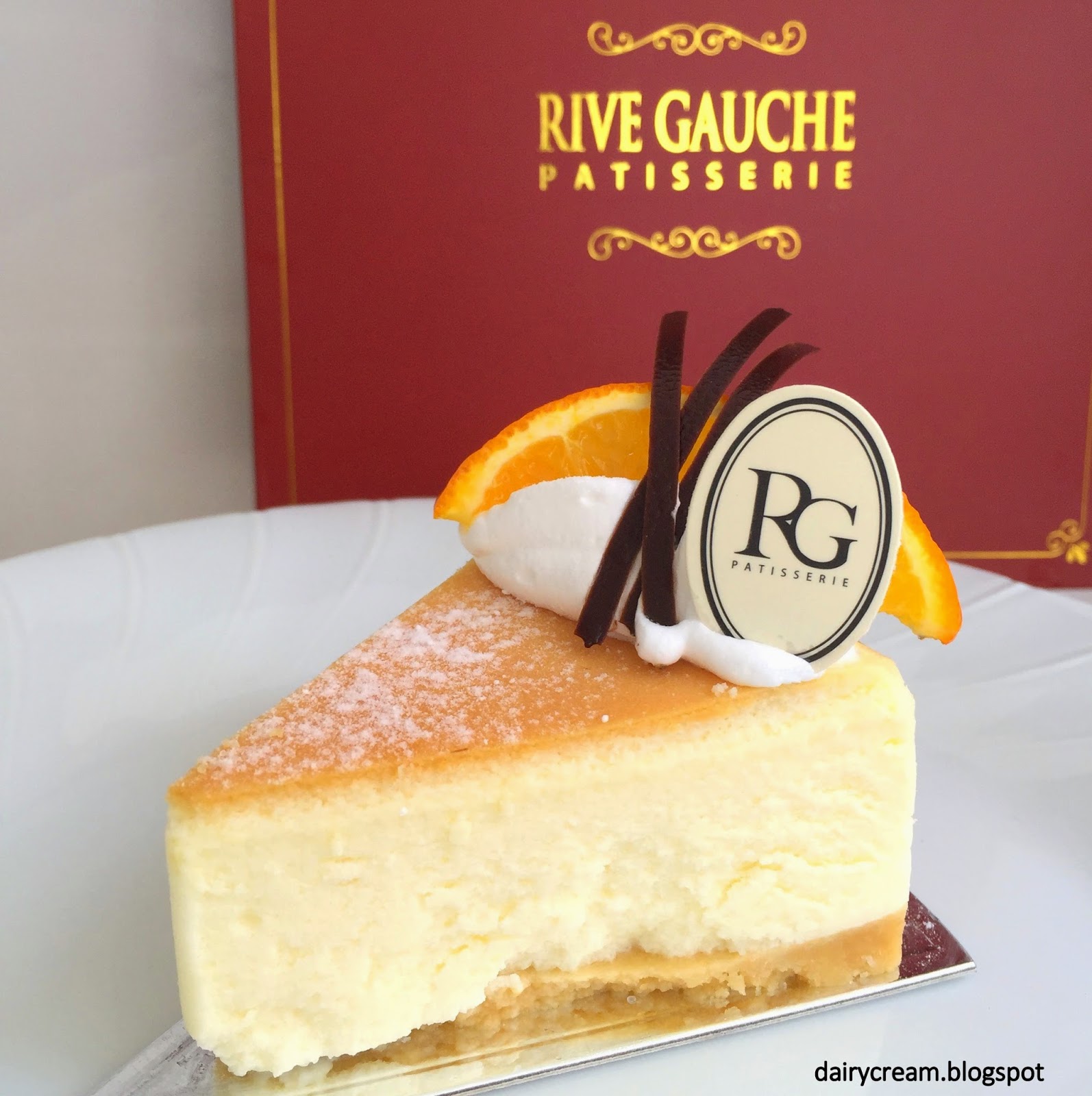 The Strawberry Shortcake reined in on the excess of sugar  but I thought the texture of the sponge could be more exquisite.There was no major flaw with the Cheesecake, but neither did it arouse any huge excitement in me. This was a typical baked cheesecake which I thought could be tweaked for greater complexity. 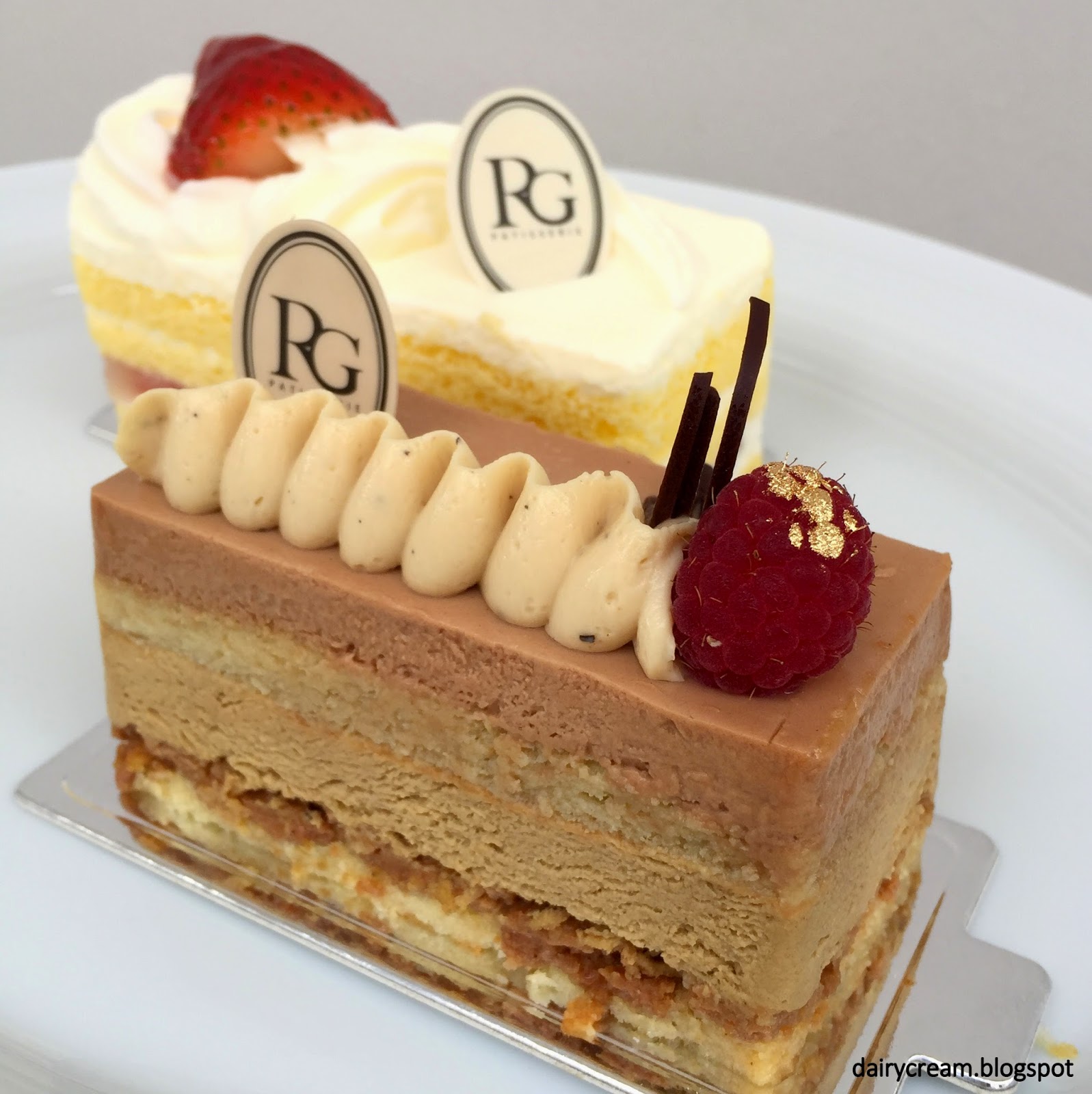 The milk chocolate mousse might override the earl grey components with its sweetness as the tea flavour was rather elusive. Nonetheless, this Earl Grey Tea Cake is still pretty arresting when it comes to the textural contrasts in the crunchy caramel biscuits, even though it might not be the most eye-catching item on the shelf. 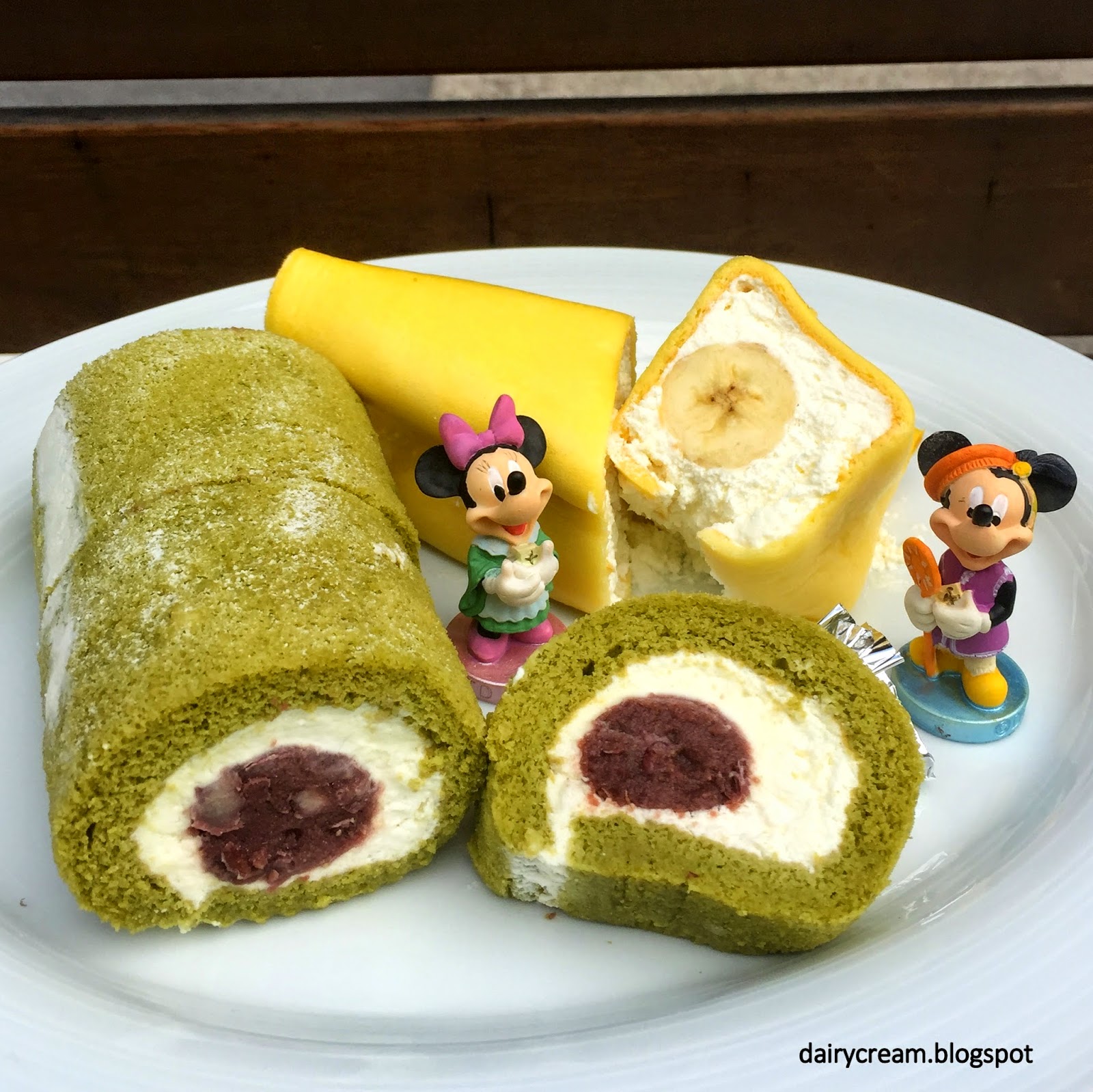 The banana omelette is a large crepe wrap filled with lusciously light and fresh cream around banana but I wished there were some sponge cake elements ambush within to relief the creamy uniformity. Likewise for the giant cream puff whose custard filling was rather clumpy. 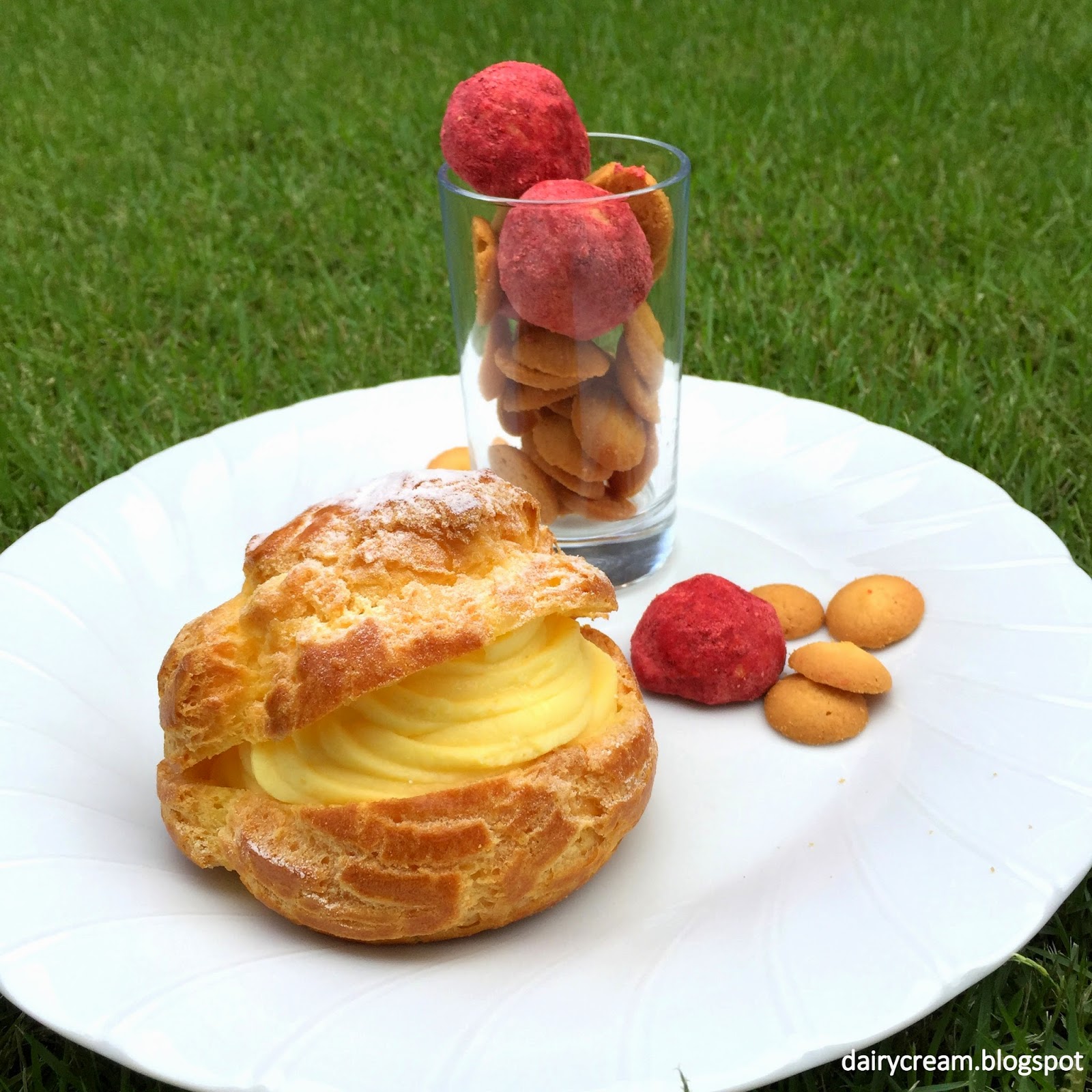 That said, the Matcha Swiss roll was quite a beauty, not because I am partial towards green tea, but simply due to the discernible tea fragrance and the right amount of sweetness. Both the raspberry and almond cookies are shatteringly crisp and good but the raspberry cookies surpassed the latter with its the extra buttery-ness and tartness. 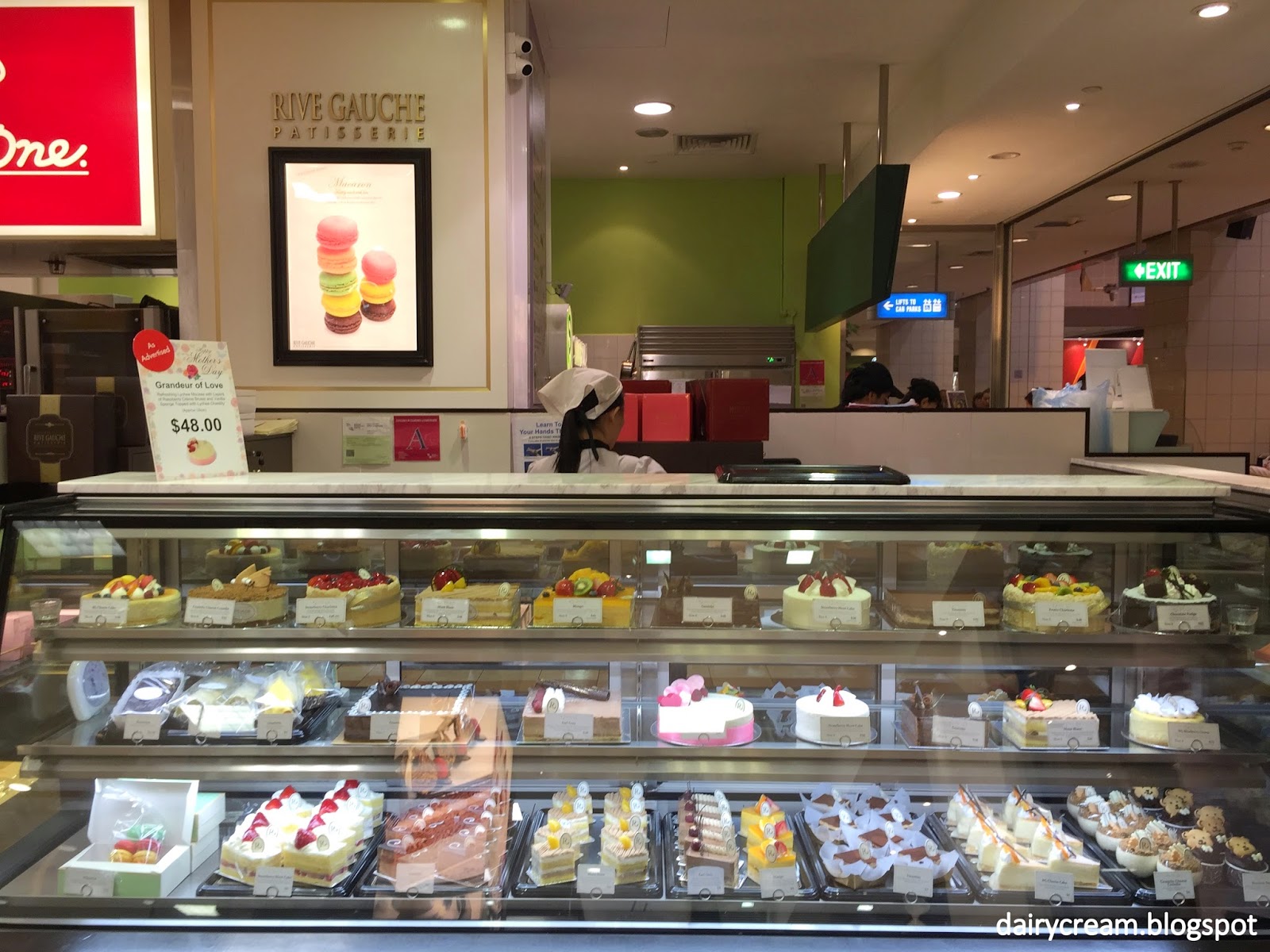 Prices go quite friendly on the wallet at an average of $6. Most of the cakes here belong to the classics but to fight a pie in the competitive cake scene, I think the range of creations can be further explored to spark fresh interests.