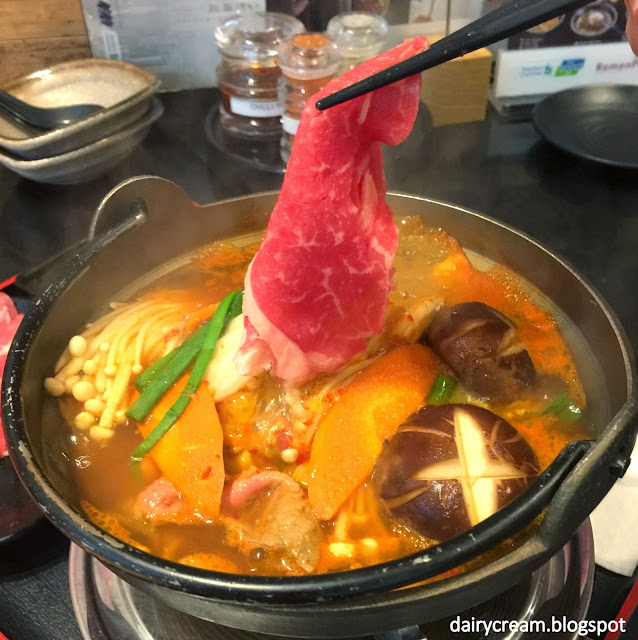 There are so many ramen houses in Singapore but I think none would have conceive the idea of adding shabu-shabu, (Japanese hot pot usually eaten during winter) to its existing menu.


Ramenplay, a brand by BreadTalk and Sanpou Co.Ltd, has launched an all-new Shabu Shabu sets where customers can personalize their own by choosing between Australia striploin beef or Brazilian pork collar for the meats and Clear/Kimchi for the soups, alongside a staple, raw egg and pickles. 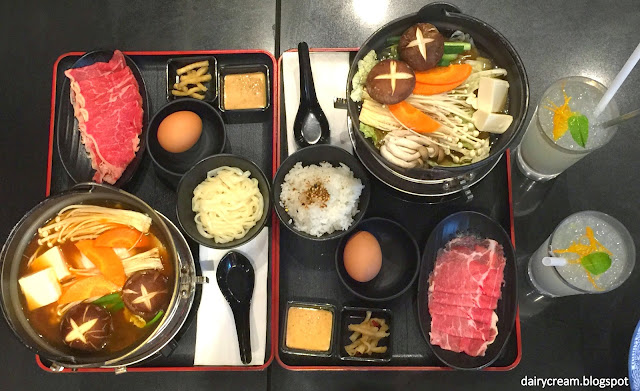 The fire from the Kimchi Soup was not as intense as I thought, but enough to pique my tastebud and made it difficult for me to stop slurping spoon after spoon into my mouth. 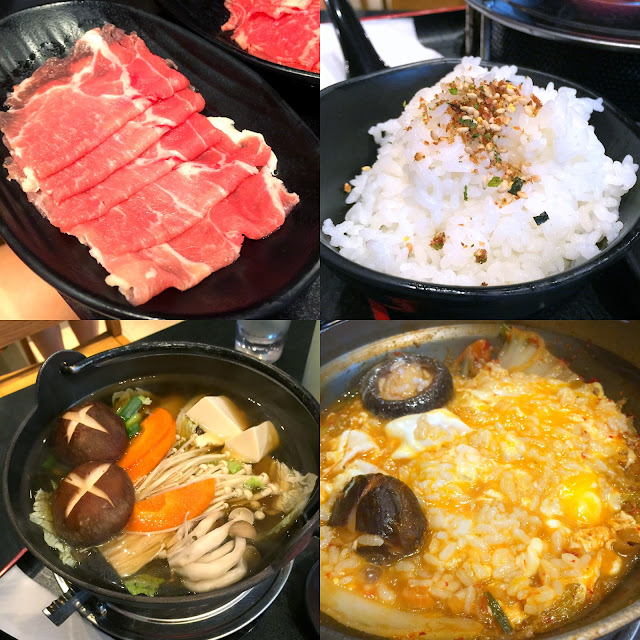 Made with chicken bones and shoyu, the Clear Soup did not disappoint too. It had a very pleasant sweetness that emerged gradually as the assorted vegetables of carrots, cabbage, leeks began to soften and release the flavors into the soup. Both soups also include tofu and trio of mushrooms; hon shimeji, shiitake and enokitake. 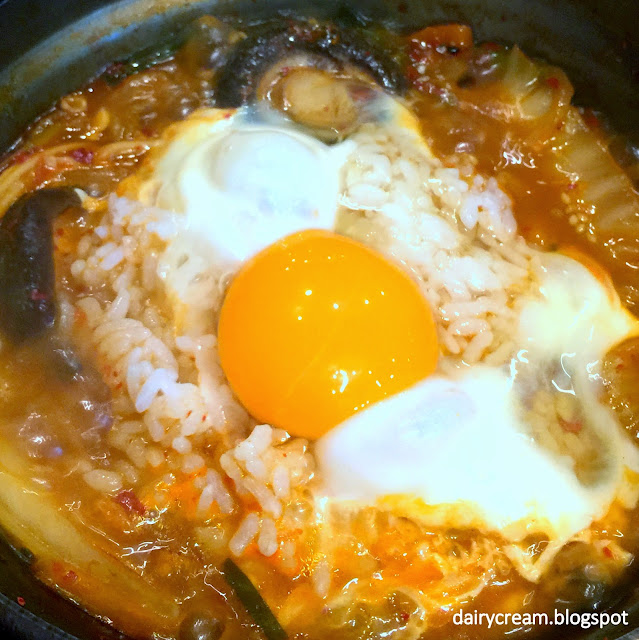 The meat may be the highlight of the meal but the best moments of a shabu shabu experience comes only at the end when you add in rice/udon into the leftover broth. I highly recommend the premium Niigata Koshihikari rice instead of the udon because it soaks up the broth better. 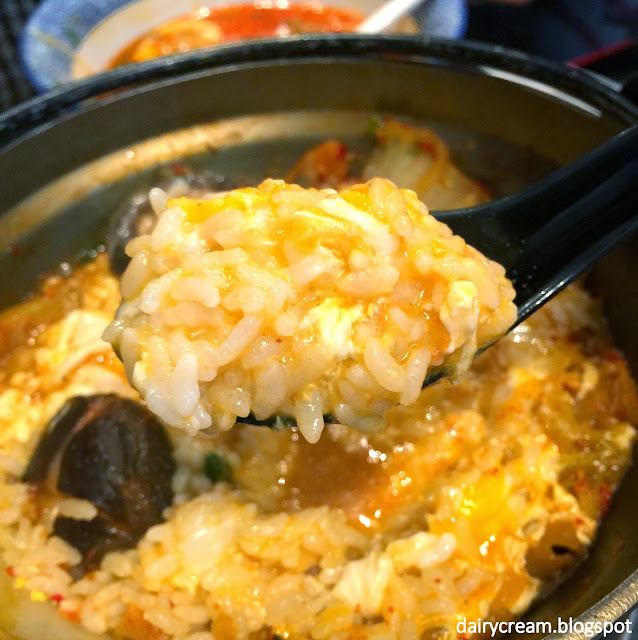 The only problem is to exercise self-discipline not to  finish your rice right from the start. Throw the entire bowl of rice into the hot pot at the end, break in the egg, wait as the grains simmer to form a delicious pot of "risotto". 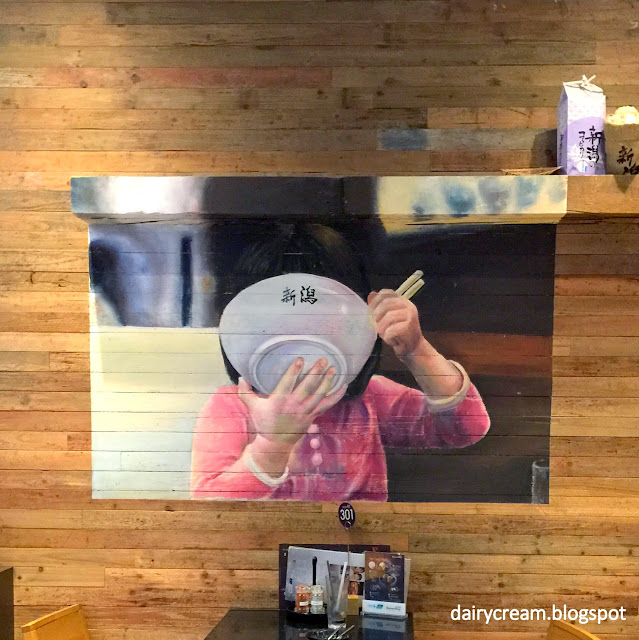 The soup can be topped up for free while additional meat or rice/udon can be served with an extra charge if one is craving for more. Considering the price tag of $13.90/$14.90 for the pork and beef set respectively, I think the set is really very value-for-money, which is in fact, a consistent trend in their regular menu featuring Kyushu ramen, donburis and crispy gyozas, etc. 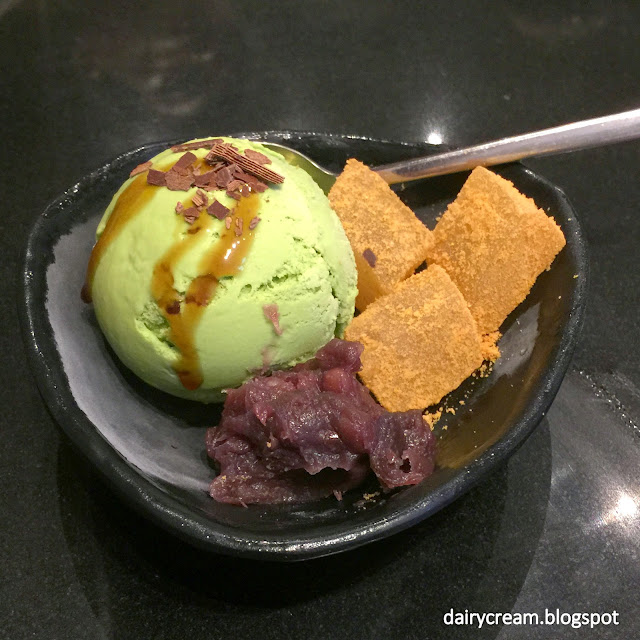 I decided to leave those to the next visit and doused the heat of the shabu-shabu with the Matcha Ice Cream Warabi Mochi ($6.80 ala carte/$4.80 with any order of main course). A quick sweet fix to a satisfying meal.