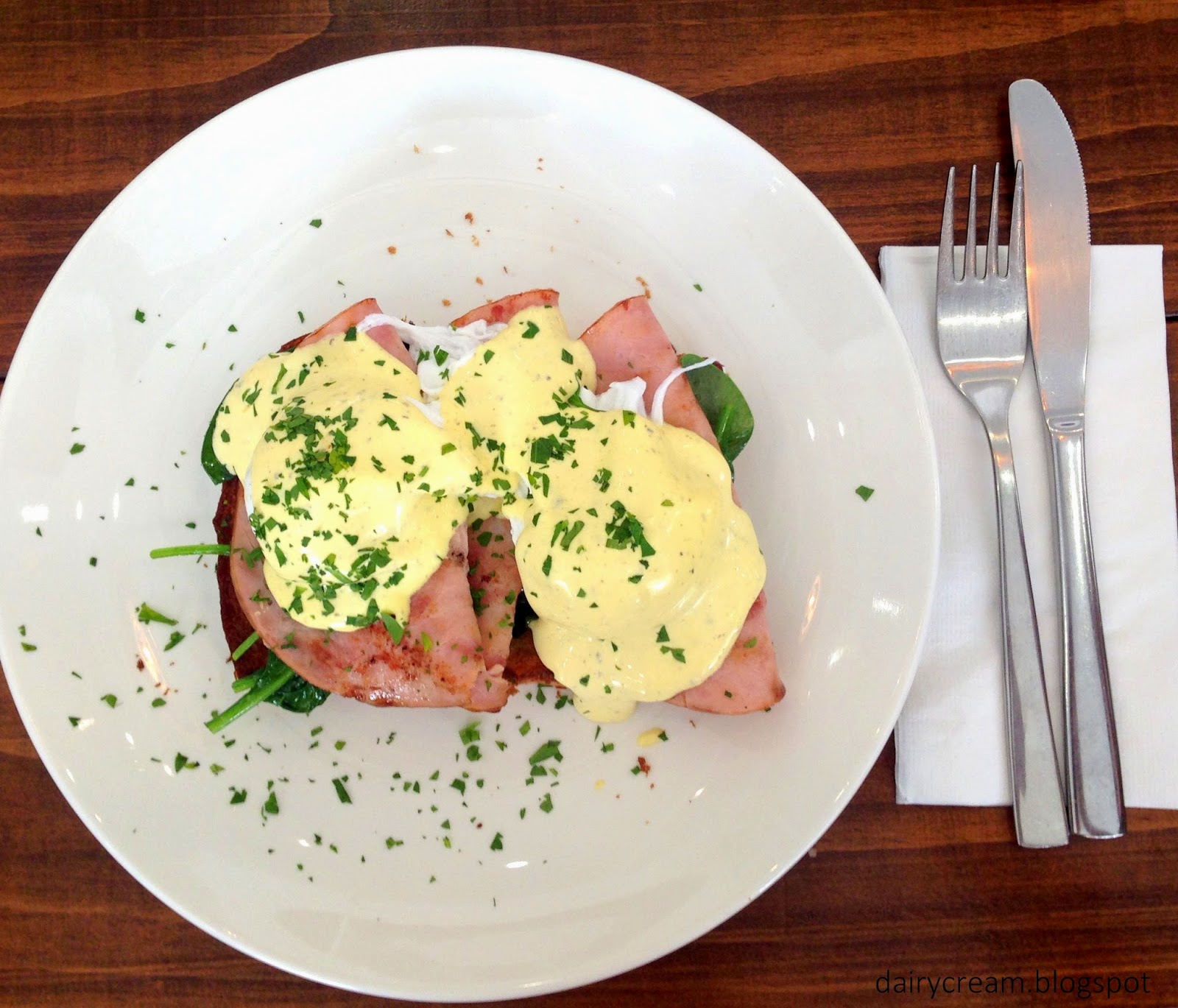 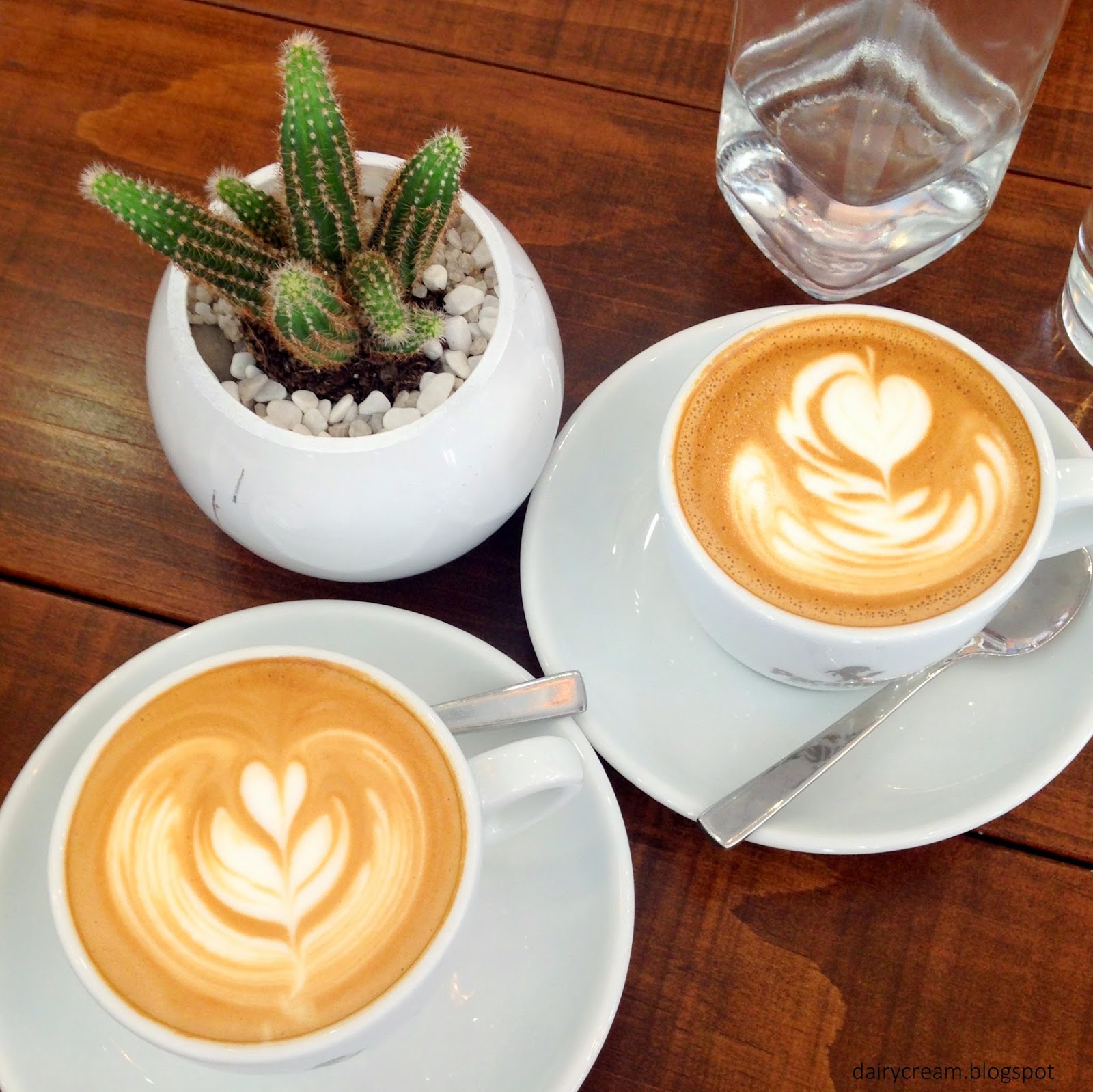 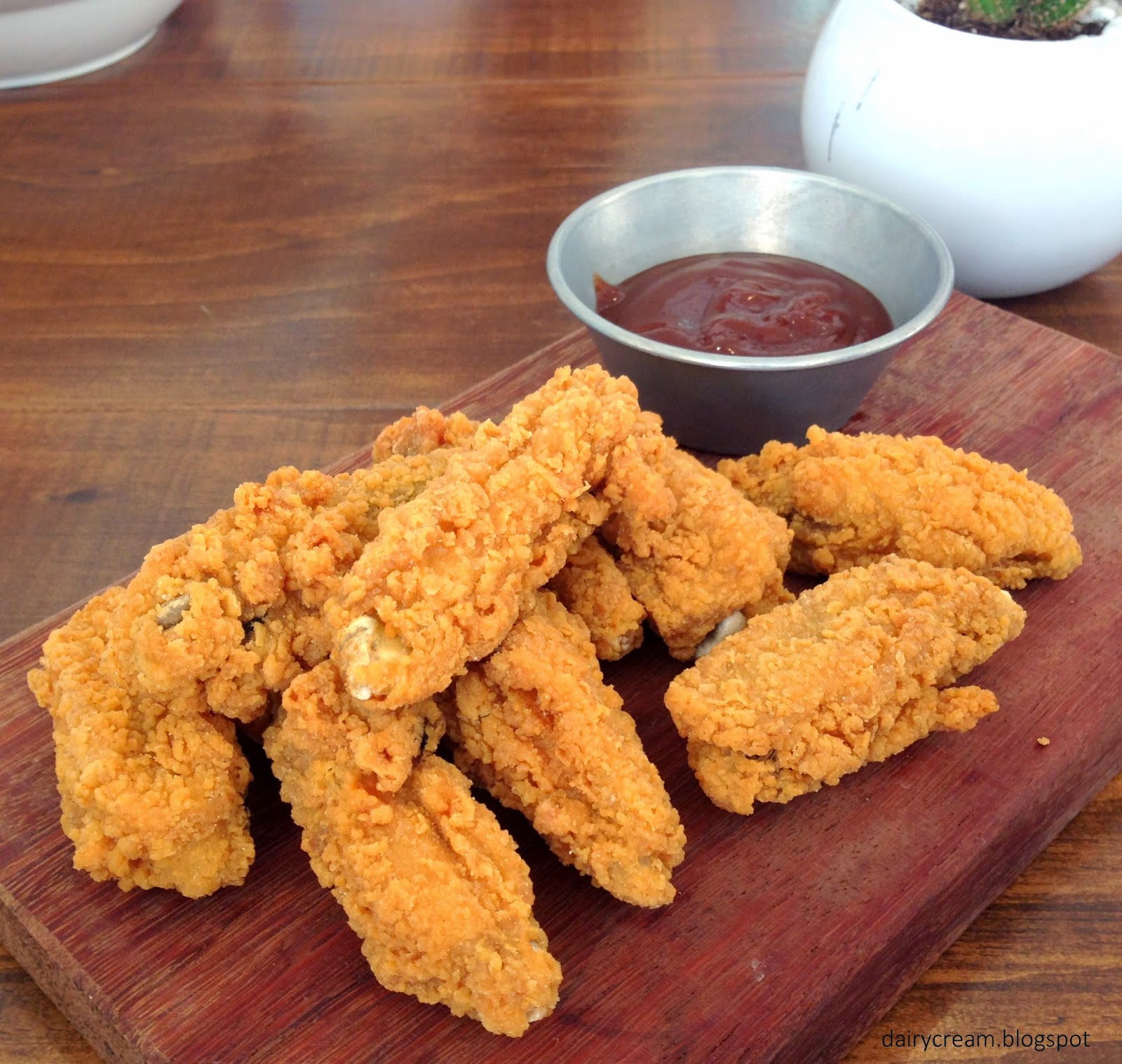 The crunchy Deep Fried Mid-Joint Wings ($8) were not too greasy and flavorful on its own without the dipping hot sauce. I am not a connoisseur of Truffle Fries ($8) but this tasted more like fries topped with Parmesan cheese flakes. 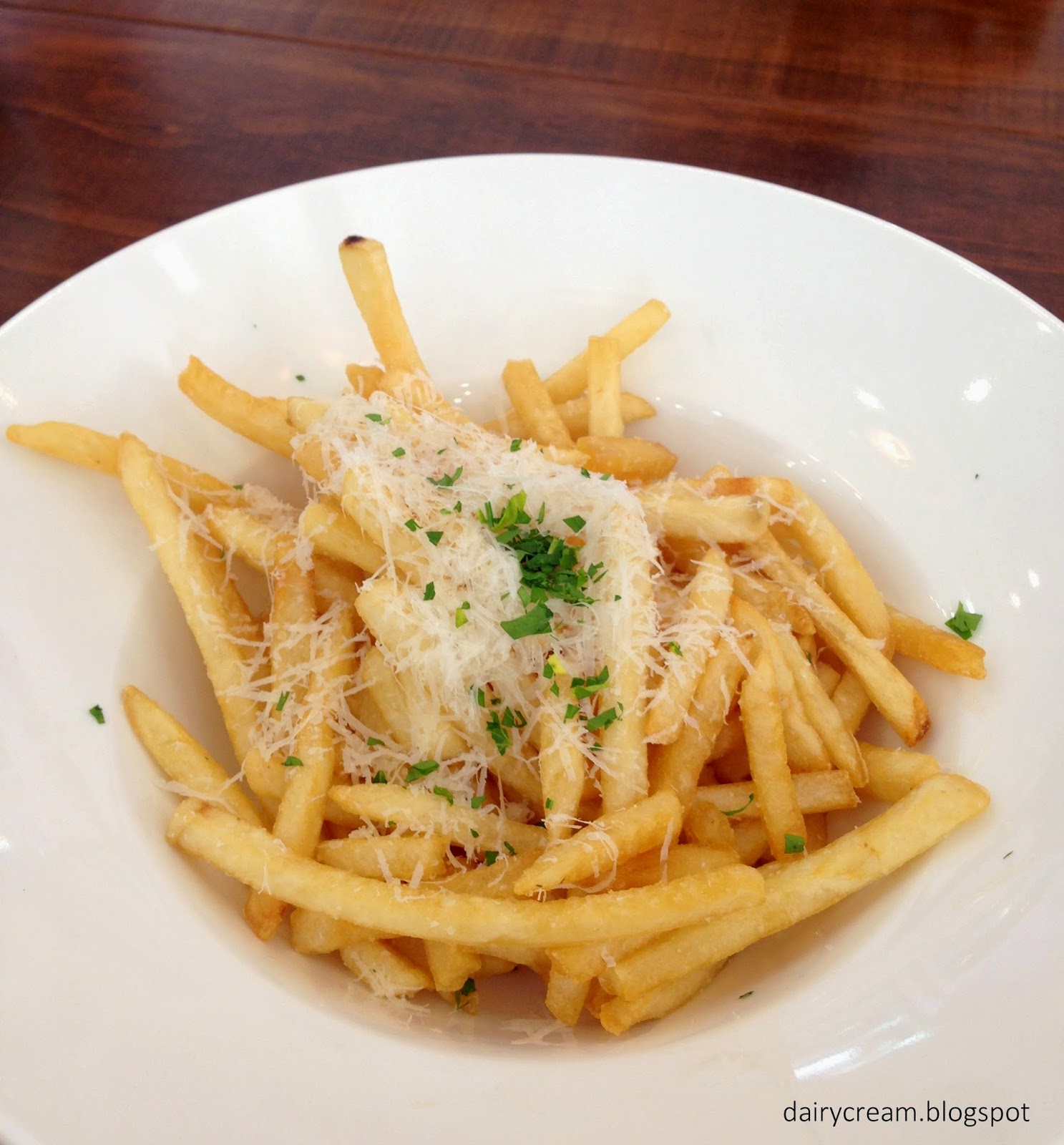 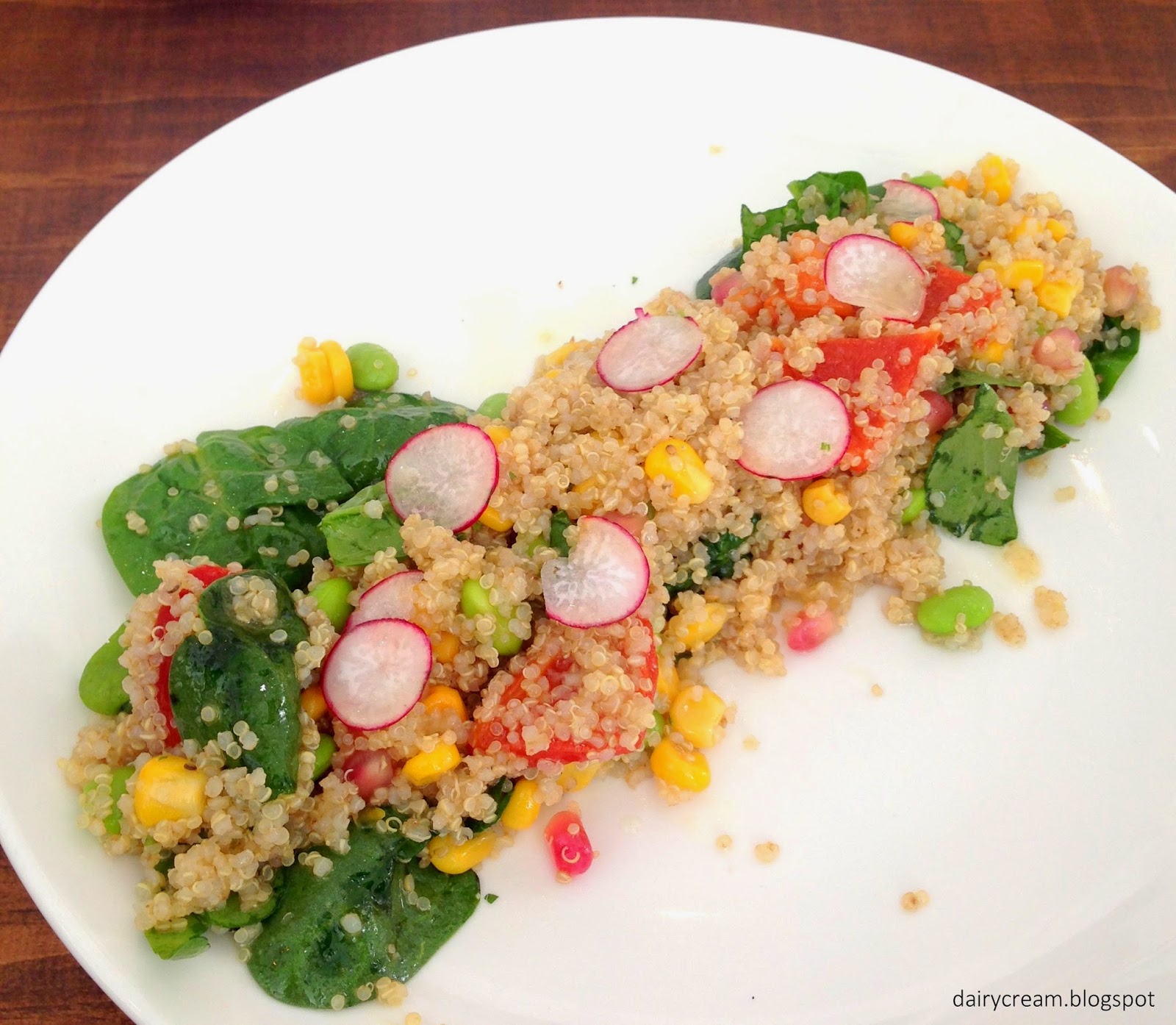 The cold Quinoa Salad  ($8) would not help you meet your daily green intake as it has barely much green. Quinoa was definitely in abundance but the dish was sadly under seasoned and tossed with too much olive oil. 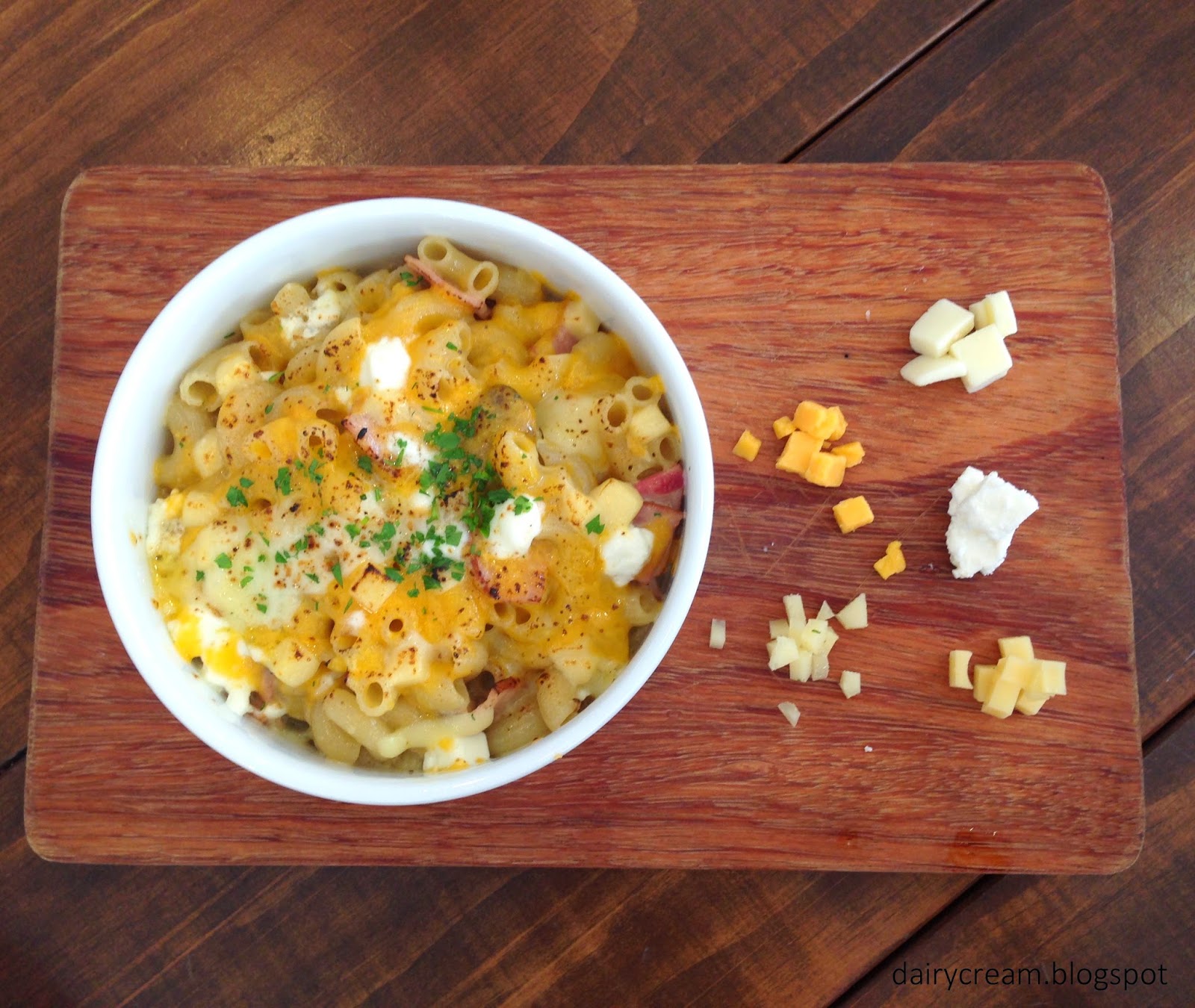 What a nice touch for the chef to arrange the 5 cheeses next to the Oven Baked 5-Cheese Macaroni ($18). Tossed with Feta, Parmesan, Emmental, Mild Cheddar, Mozzarella, the macaroni is not too rich but there isn't much of the satisfying cheese or creamy kick. 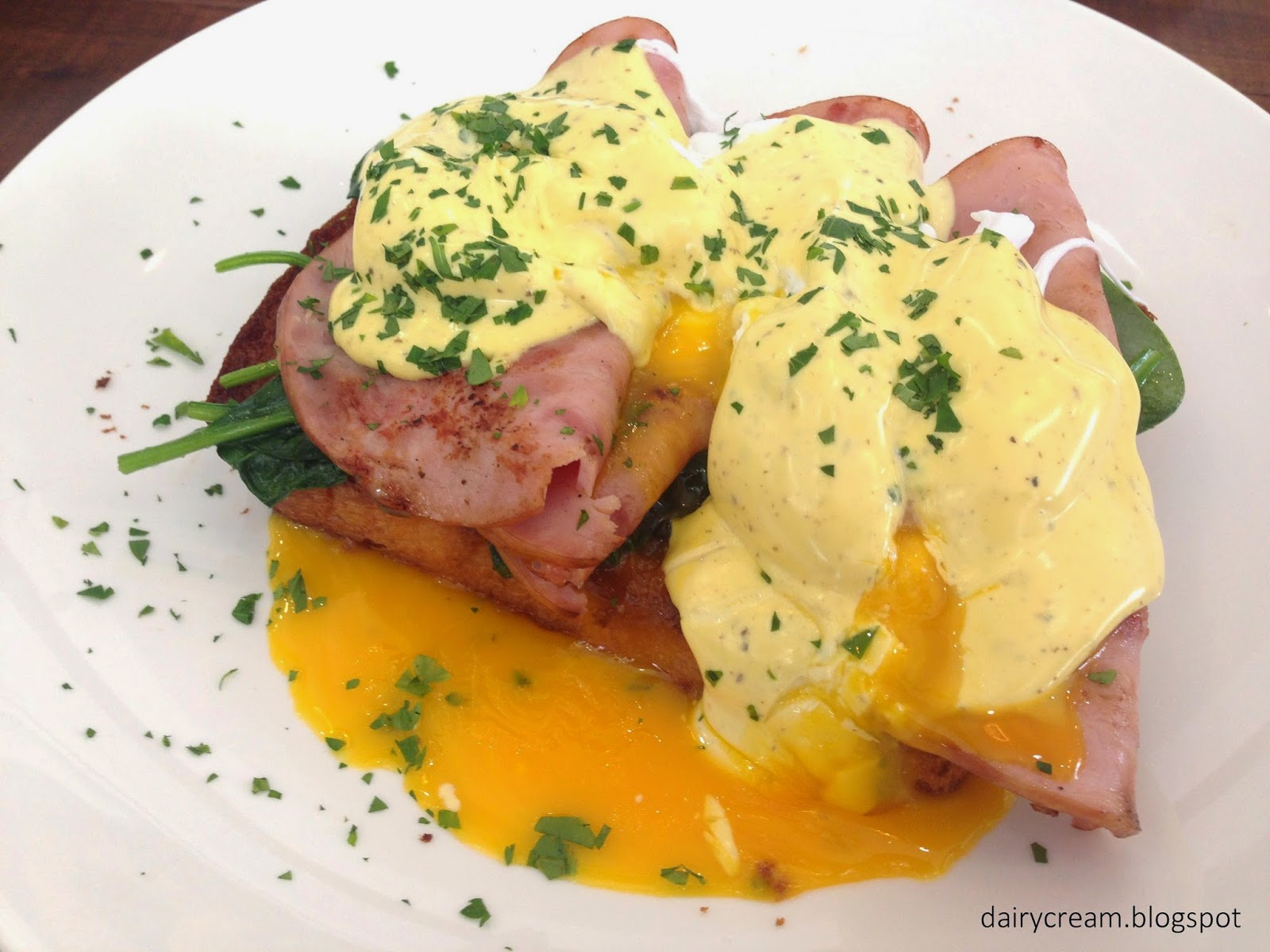 Instead of the Salmon Royale, we had the Truffle Benedict ($18), characterized by smoked ham, wilted spinach and truffled hollandaise sauce. To be honest, I only knew that the hollandaise sauce contains truffle as I am writing this. Perhaps it had evaporated well before I could catch a whiff of it, but there wasn't any spectacular moment in this dish. However, the excellently toasted buttery brioche instilled my faith once again in their dishes. 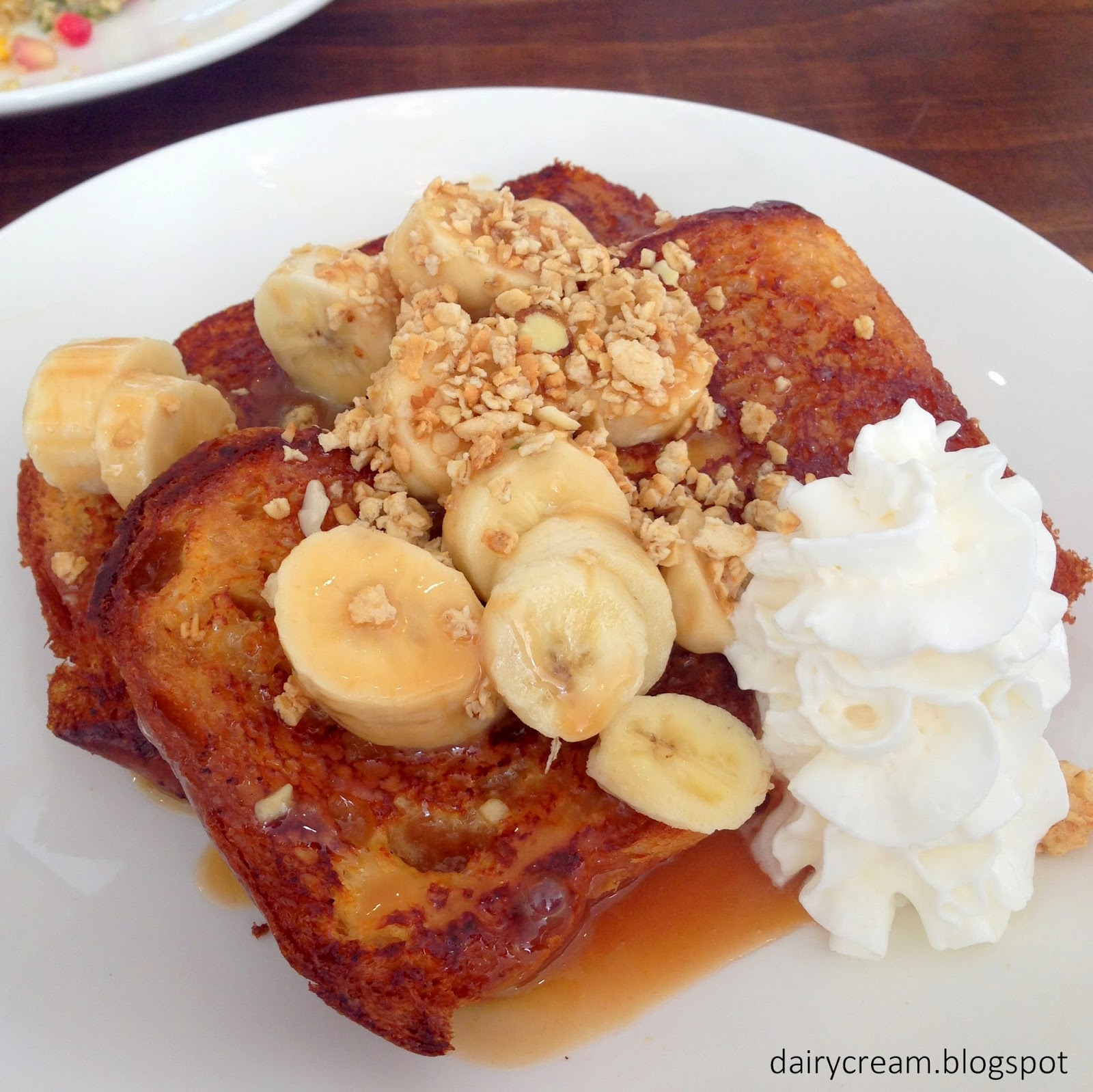 Indeed, I would gladly pledge my allegiance to their brioche for the Salted Caramel French Brioche Toast ($16) was terrific. I can't get much caramel here, but it was the magical alchemy of salt and butter that awakened my sleepy palates. The bananas and chewy granolas played the role of a side cast; I could just have a plate with the toasts alone. 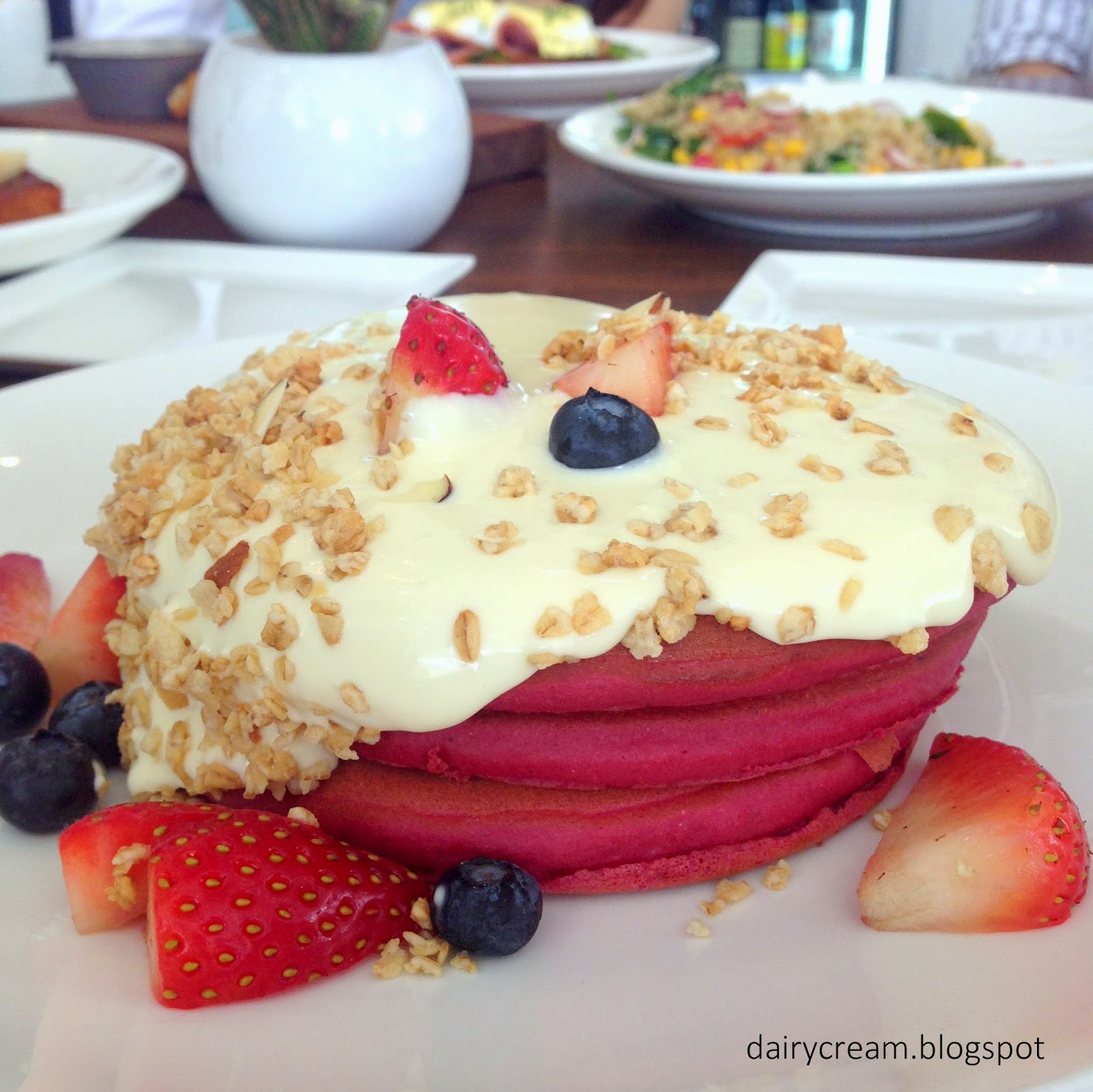 However, the other sweet brunch option, the Red Velvet Pancakes ($16) , remained a sore on the tables. The triple pancakes were squidgy and zapped of moisture, exemplifying none of the fluffy qualities I dreamt of. The dreary weight of the pancakes were aggravated by the sticky cream cheese mascarpone.  But if it's mascarpone, shouldn't it be less dense? In any case, I'll stick to the classic red velvet cake, not pancakes.

Pacamara
185 Upp Thomson Rd
9am-11pm (Closed on Mondays)
No GST or Service Charge
https://www.facebook.com/pacamarasg
Posted by dairycream at 9:09 AM