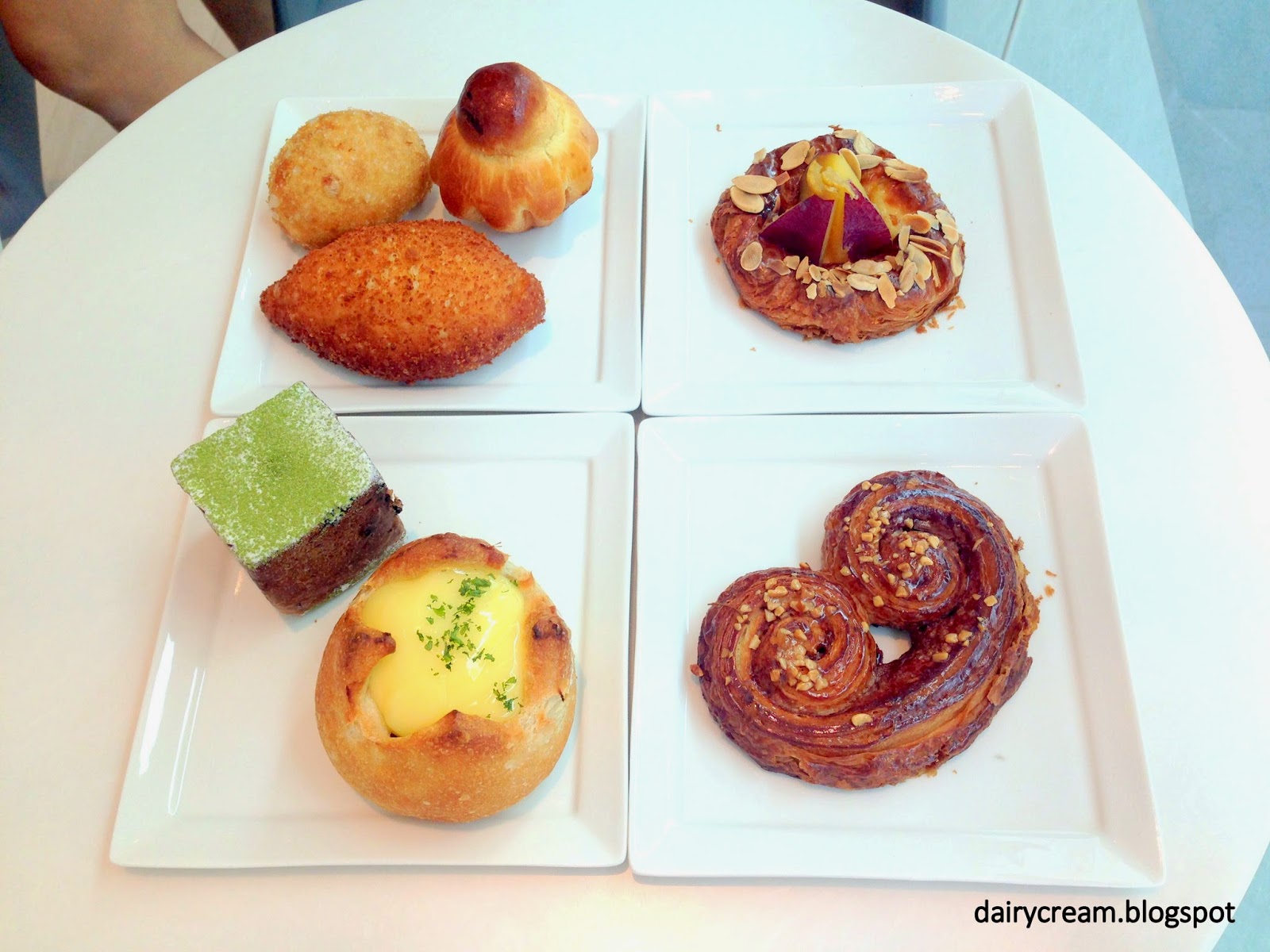 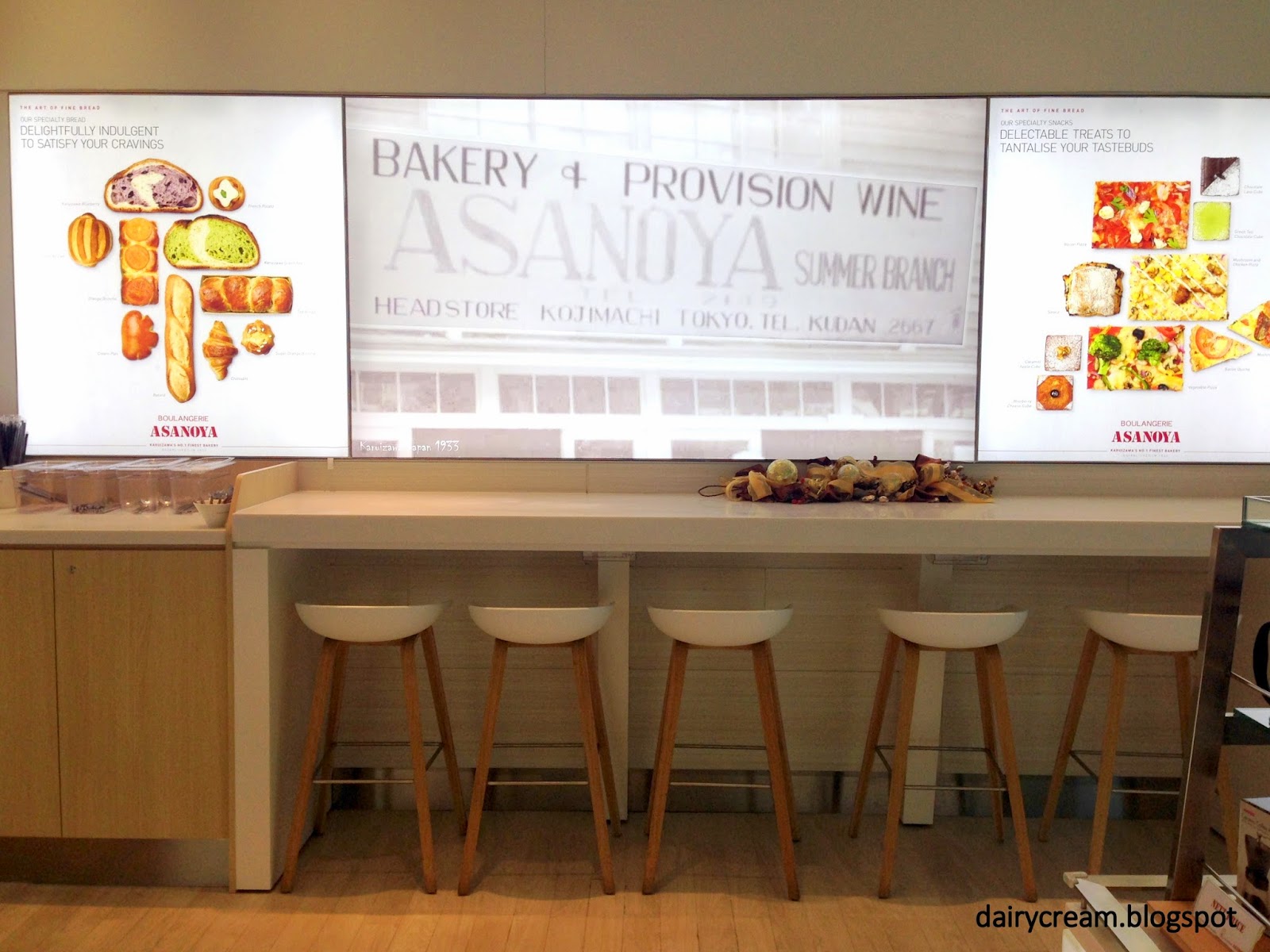 Something that bewildered me is the sheer popularity of the Cube Loaf--cream filled cube-shaped bread available in Yuzu cheese, Caramel apple, Matcha, Chocolate, etc. Perhaps due to our nation's fetish for something goeey or flowy in the centre (think Liu sha bao or molten lava cake), this has been the most featured item on any media platform. 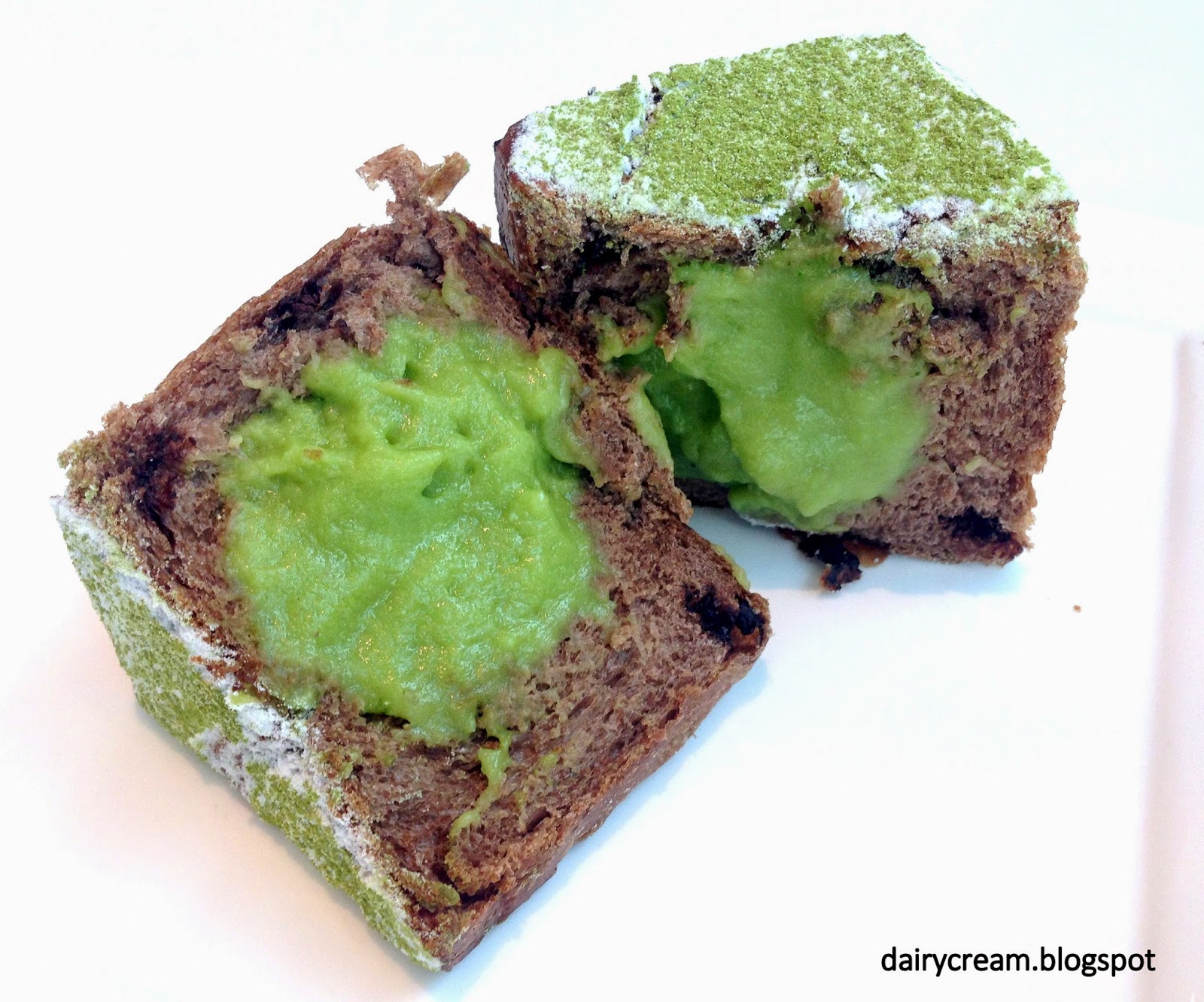 However, I suggest we try to manage our expectations as the Matcha is just a chewy chocolate bread filled with sweet matcha custard that is resistant to flow. Perhaps the chef did not intend to make it flow in the first place. The problem wasn't whether it flowed or not, but that the cream was too sugary, to the extent that it overpowered the demure tea taste. At a hefty tag of $4.50, I'm hesitant to invest in another one. 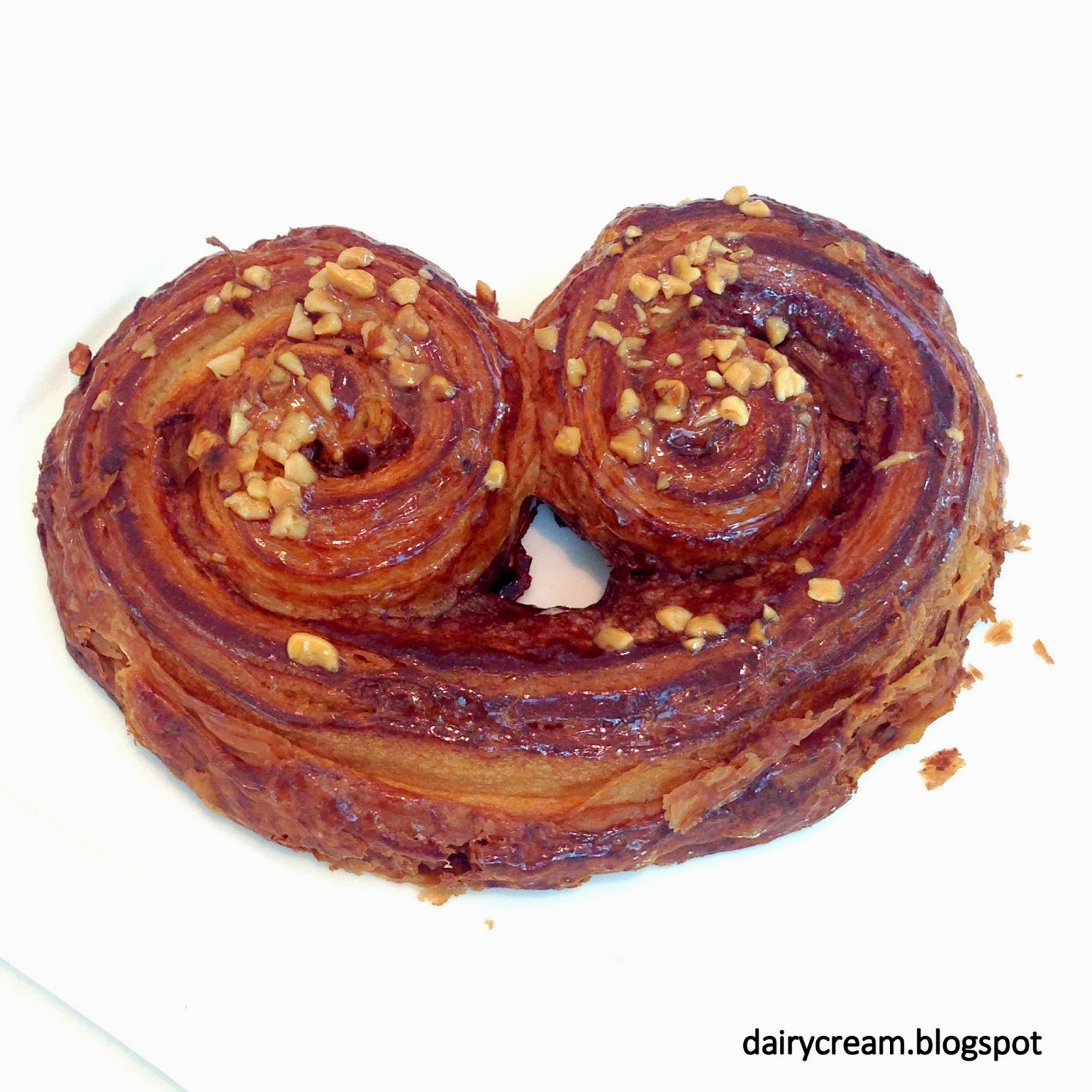 The Cinnamon Danish ($3.20) called out to me with that attractive dark brown sheen but it was more chewy than crunchy, as the sticky caramel goo clung on stubbornly to the knife .....and my cavities the more I chow on it. 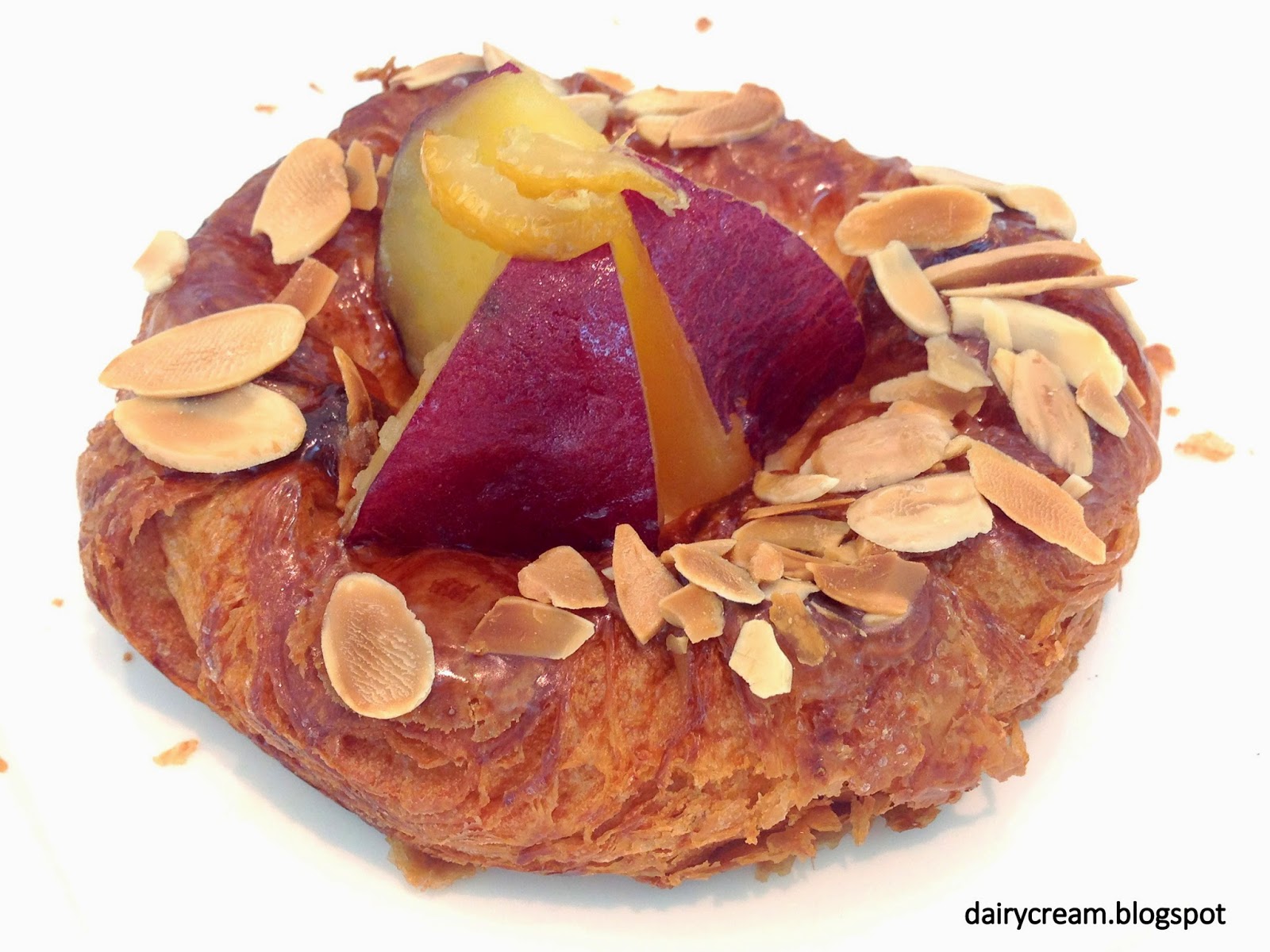 Though the Sweet Potato Yuzu Cream Danish is constructed on the similar danish base, the main ingredients helped to distract us away from the mediocrity. Yuzu is not only visibly detected as peels on top but also in the white cream base, which imparted a lovely tanginess that complemented the warm sweet potatoes. I was glad we stood by this "less-popular" option instead of the all-too-common blueberry custard danish. 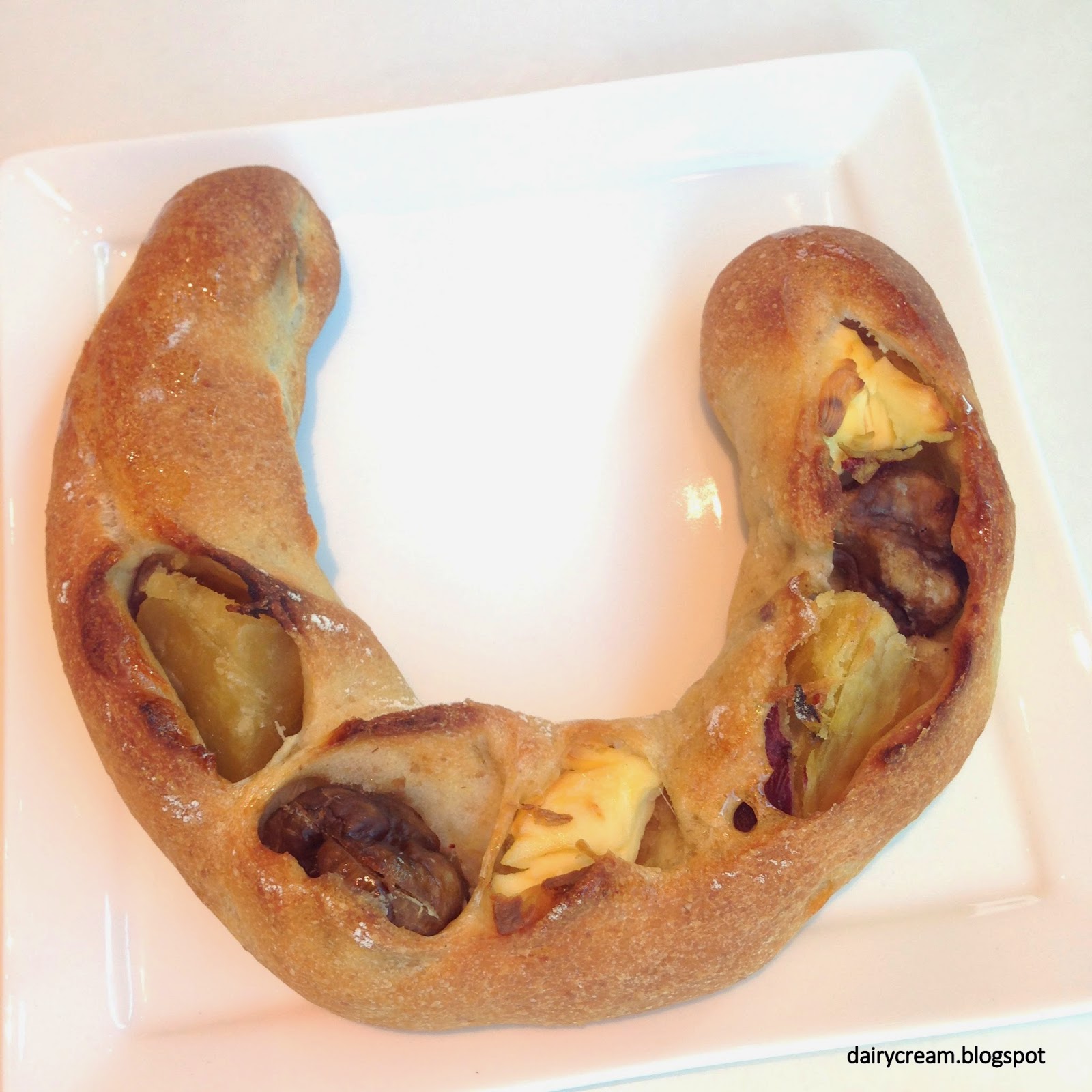 The other autumn-inspired bread named "Harvest" ($4.50) was also excellent. The texture of the bread is chewier than an average European baguette but the subtle honey flavour crawled out as one slowly bite into it. The earthy sweetness from the candied sweet potatoes, chestnuts rode upon the savoury cream cheese to create another wonderful dimension in this humble stick that is easily overlooked on the shelf. 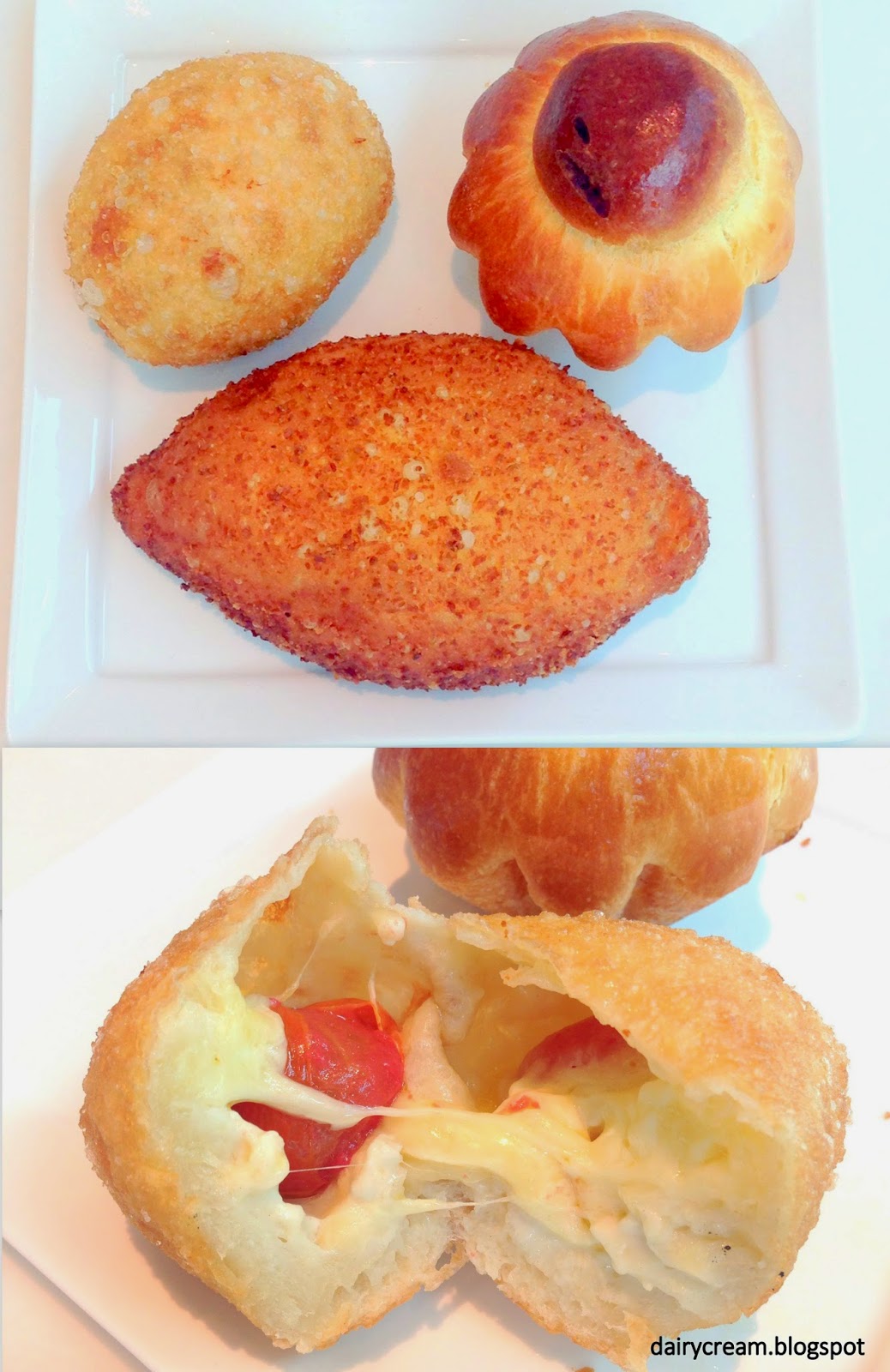 The feathery soft innards with mild buttery notes in the Plain Brioche ($2.60) made this quite enjoyable but my partners felt that it lacked the richness from egg and butter. Despite the sexy cheesy strands effect that took place as we plucked the Tomato Mozzarella ($2.60) apart, this pizza dough fared the worse because it left a pool of grease on our lips and hands instead of the double umami sensation on our tongues. 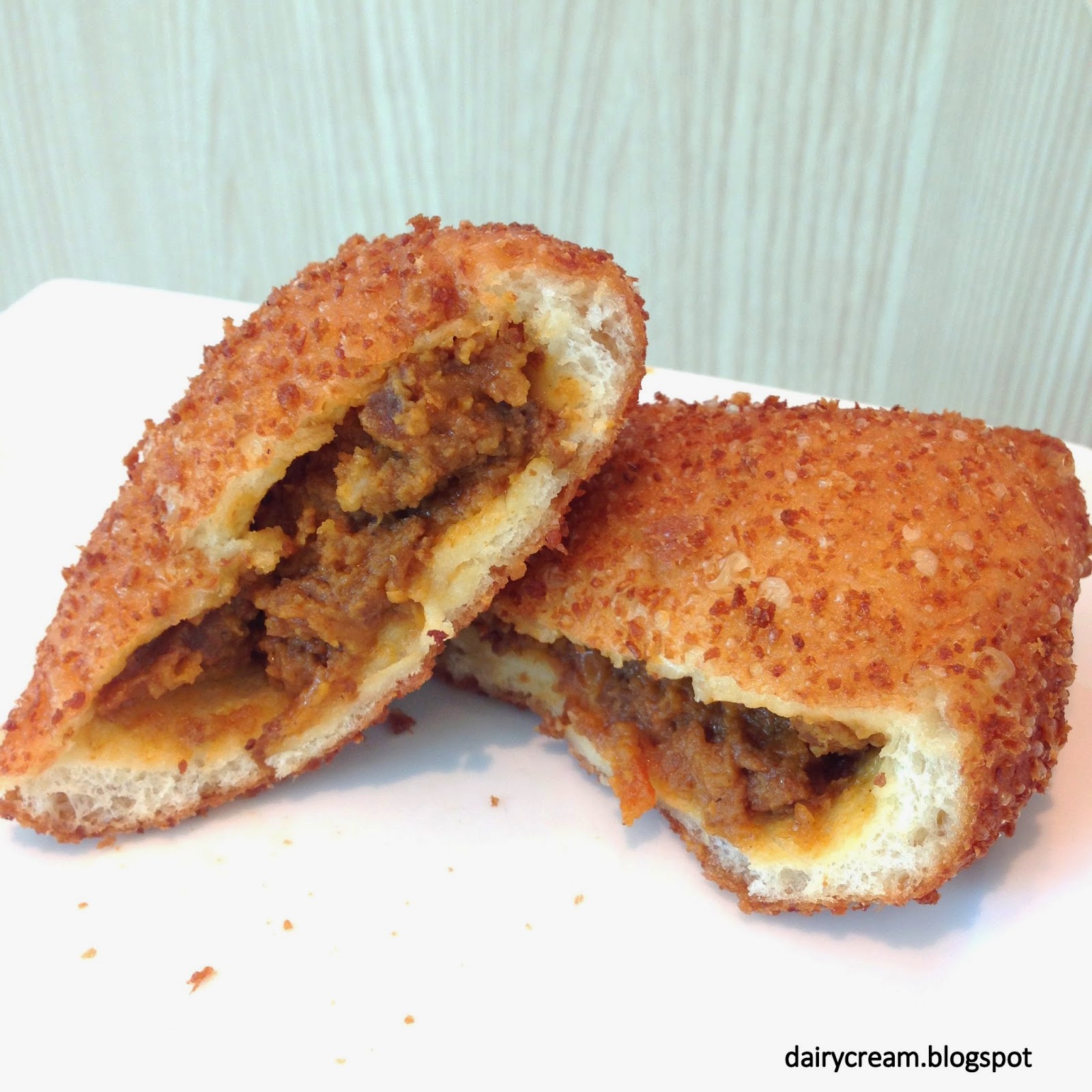 I love the Signature Curry Bun, which tasted like any orthodox non-spicy Japanese curry bun with the mellow sweetness. We were lucky to get one from the batch that was hot out from the deep fryer so it was crunchy and not too oily. 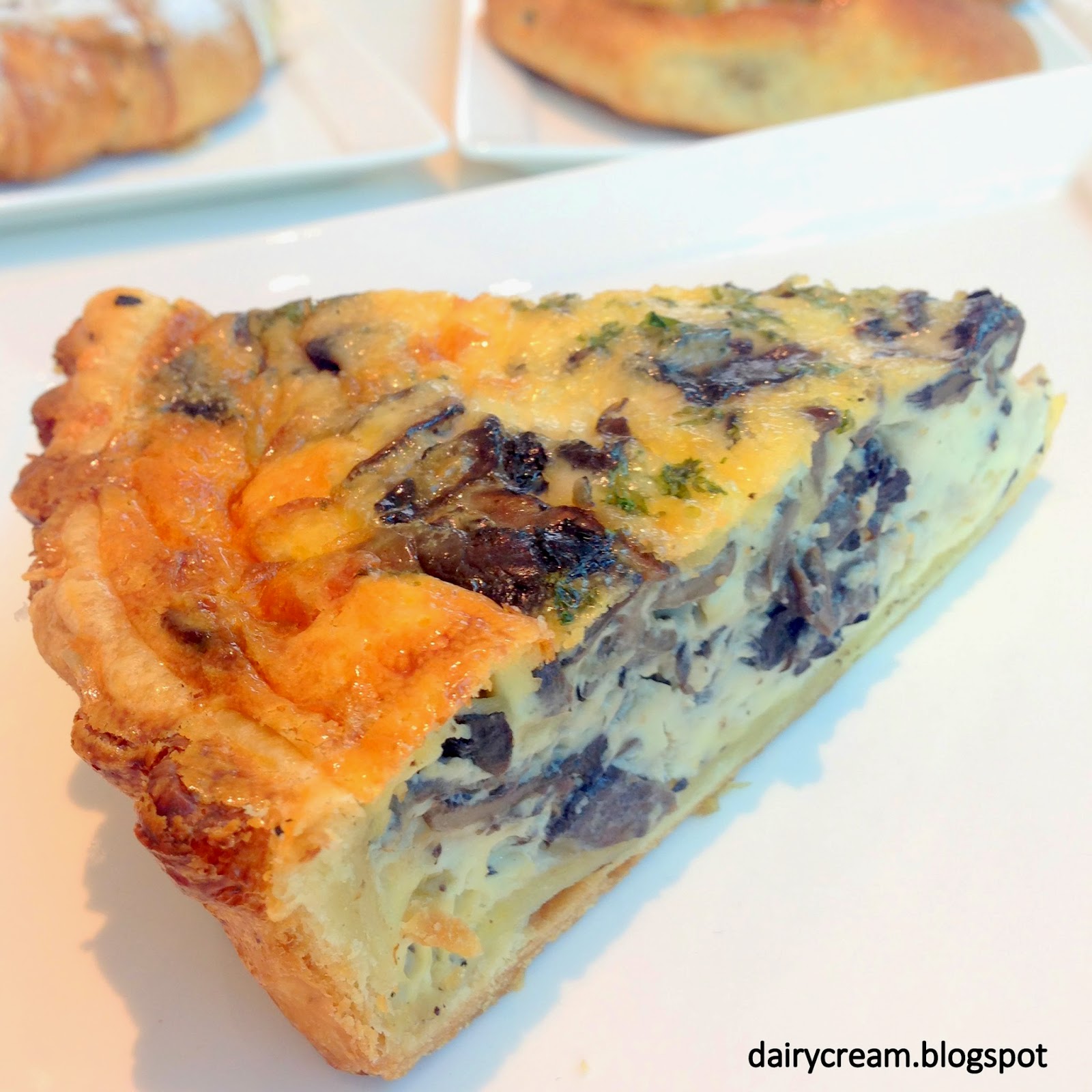 The Mushroom Quiche ($6) is indeed a very straightforward quiche with plenty of mushrooms. While there could be more salt in this, there was enough that it registered for me. This was good but the Potato French was even better. 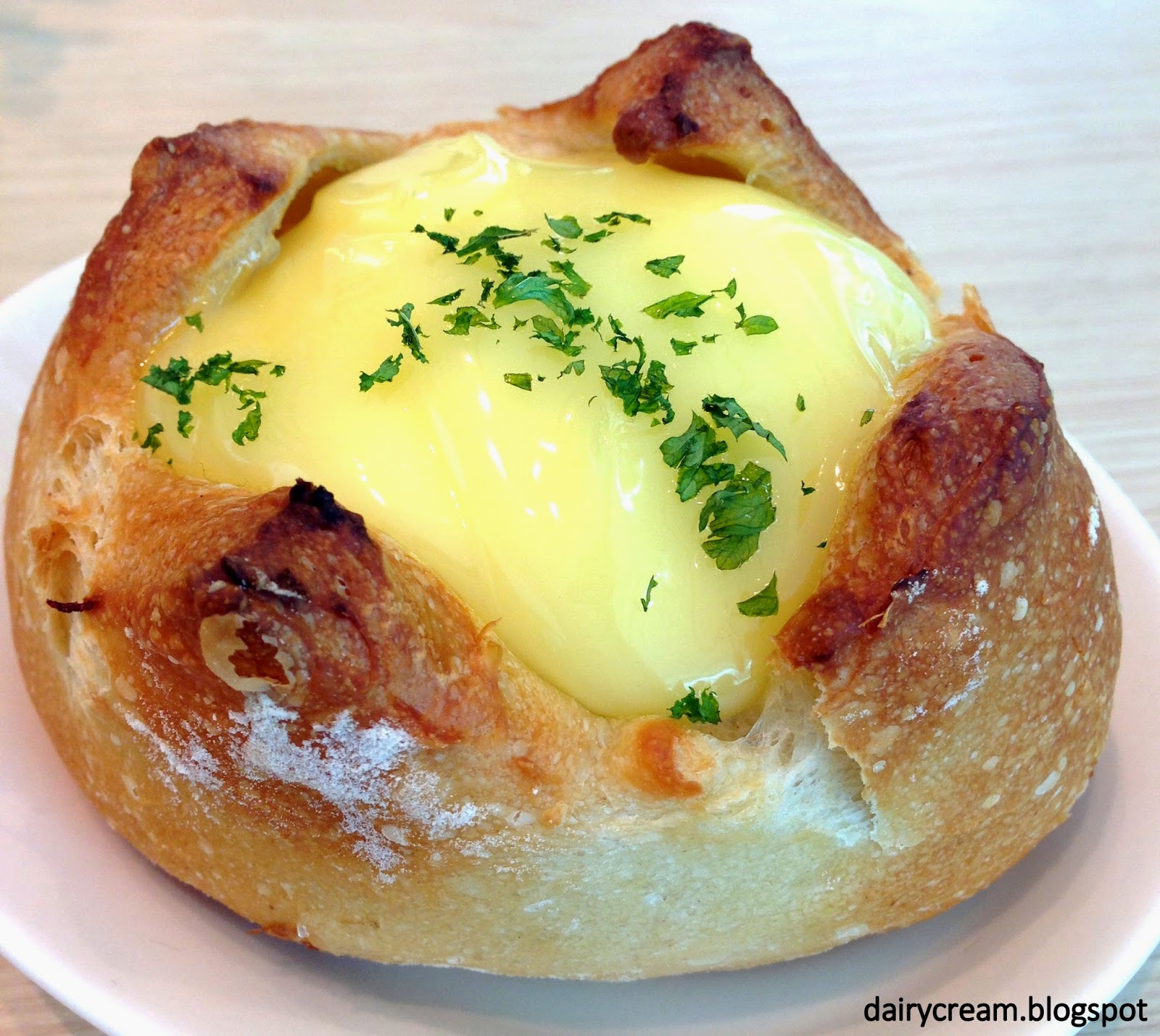 At $3.20, one get an entire potato with skin intact, snugged tightly within the crusty French bread under the luscious blanket of butter and mayonnaise. Have it warmed up and one would be greeted by mini billows of steam from the soft potato. Genius. 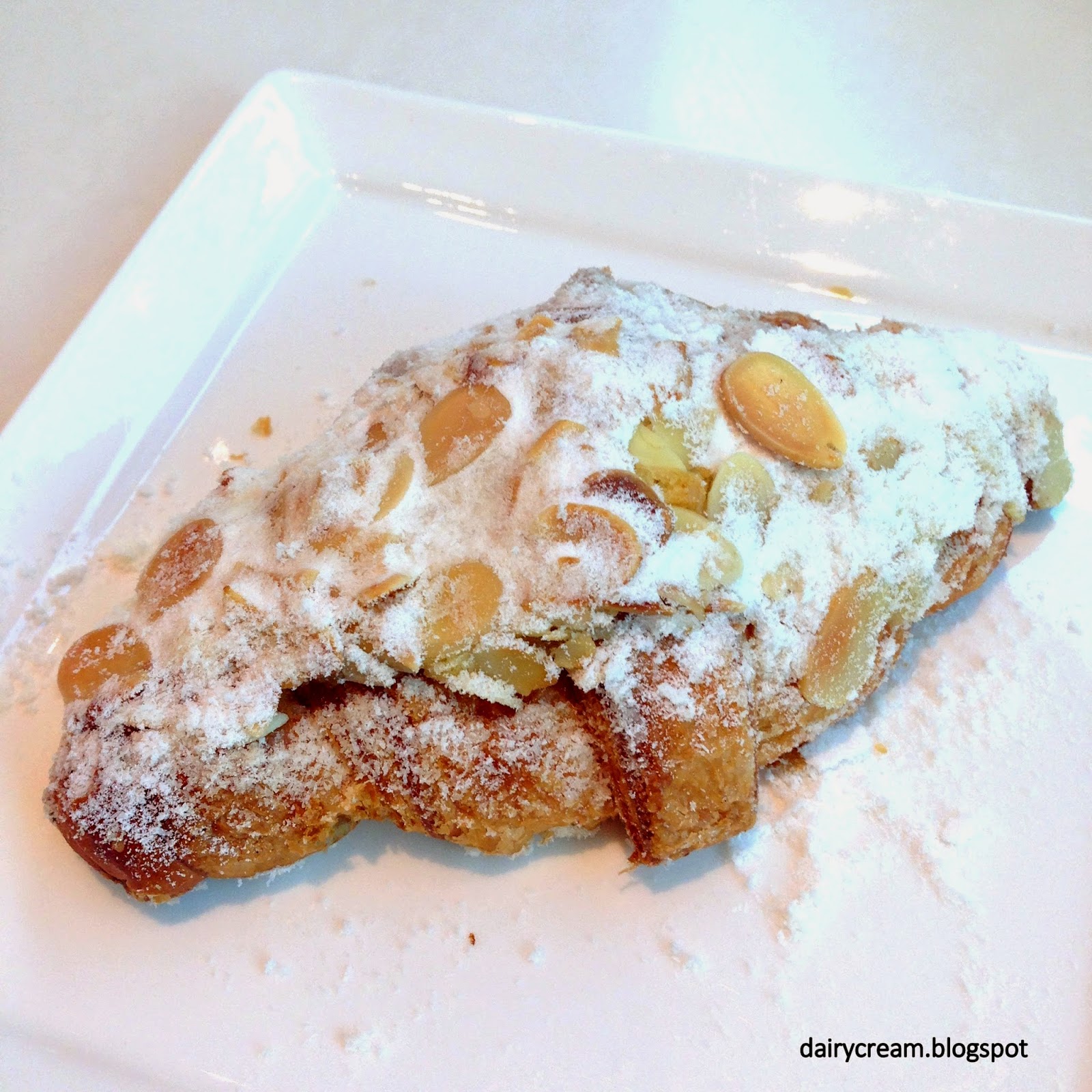 Despite the liberal amount of icing, I was not assaulted by a blast of sweetness in the Caramel Apple Croissant ($3.90). The tartness of the soft-but-not-mushy apples cut through the dense almond paste. Also, the flaky pastry here managed to salvage my impression of their weak Danish dough. 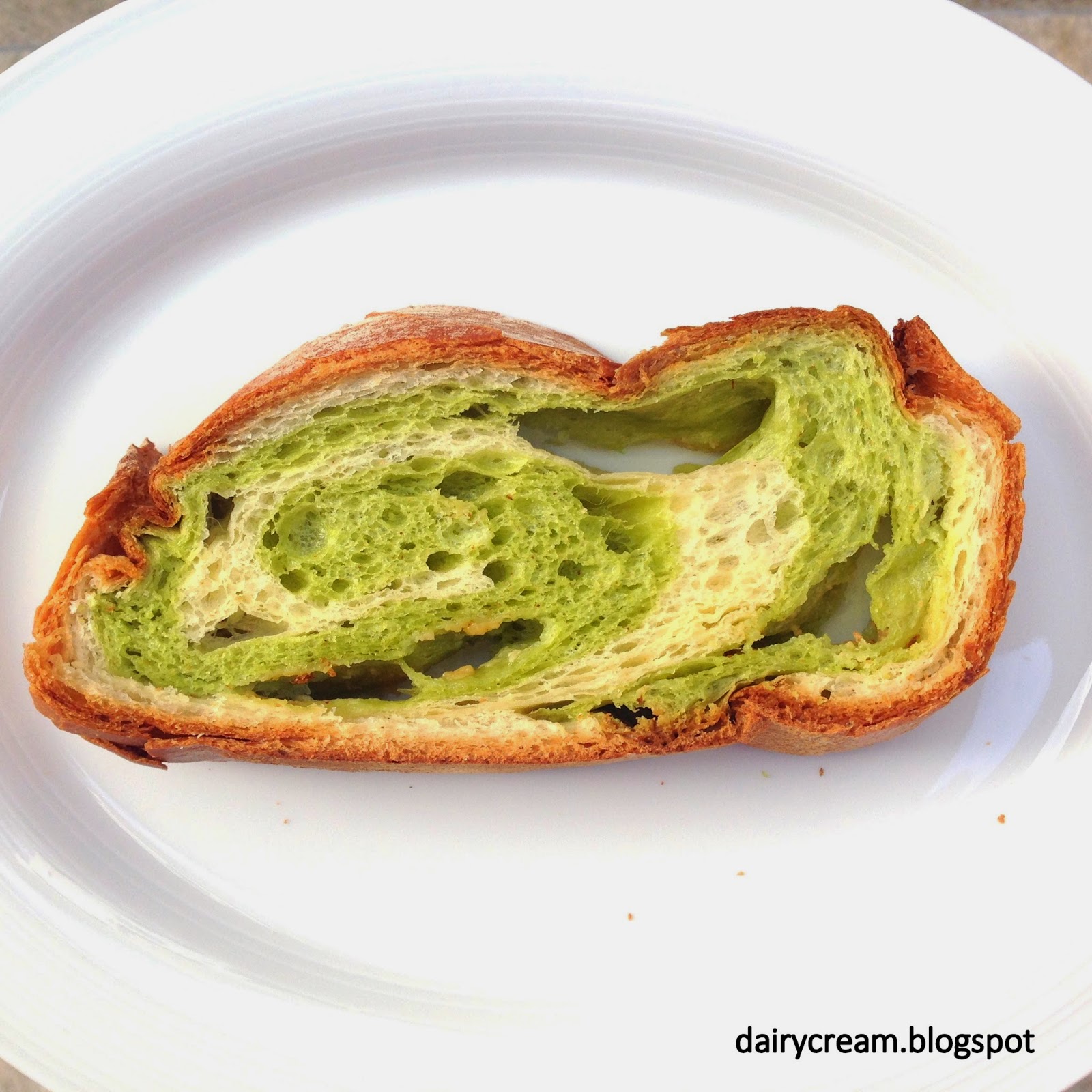 The signature Karuizawa Green Tea Loaf is sold here in grams at $2.60/100g, which is about the weight of one slice. Blended with white chocolate, the bread has a tinge of milky sweetness, which was slightly different from the taste when I had it in Japan. Nonetheless, the texture is still spot-on; soft stretchy with a crusty brown shield. Would be great if they can also introduce the Coffee loaf in future.

Overall, the savory items were more remarkable than the sweet items, even though the price across all items was not very pocket-friendly. I was quite disappointed by the sweet bread but maybe to think on a positive note, the cube loafs are something exclusive to Singapore market. Nonetheless, there is still room for improvement before both the quality of the food and the service standards here can match up truly with the level in Japan.