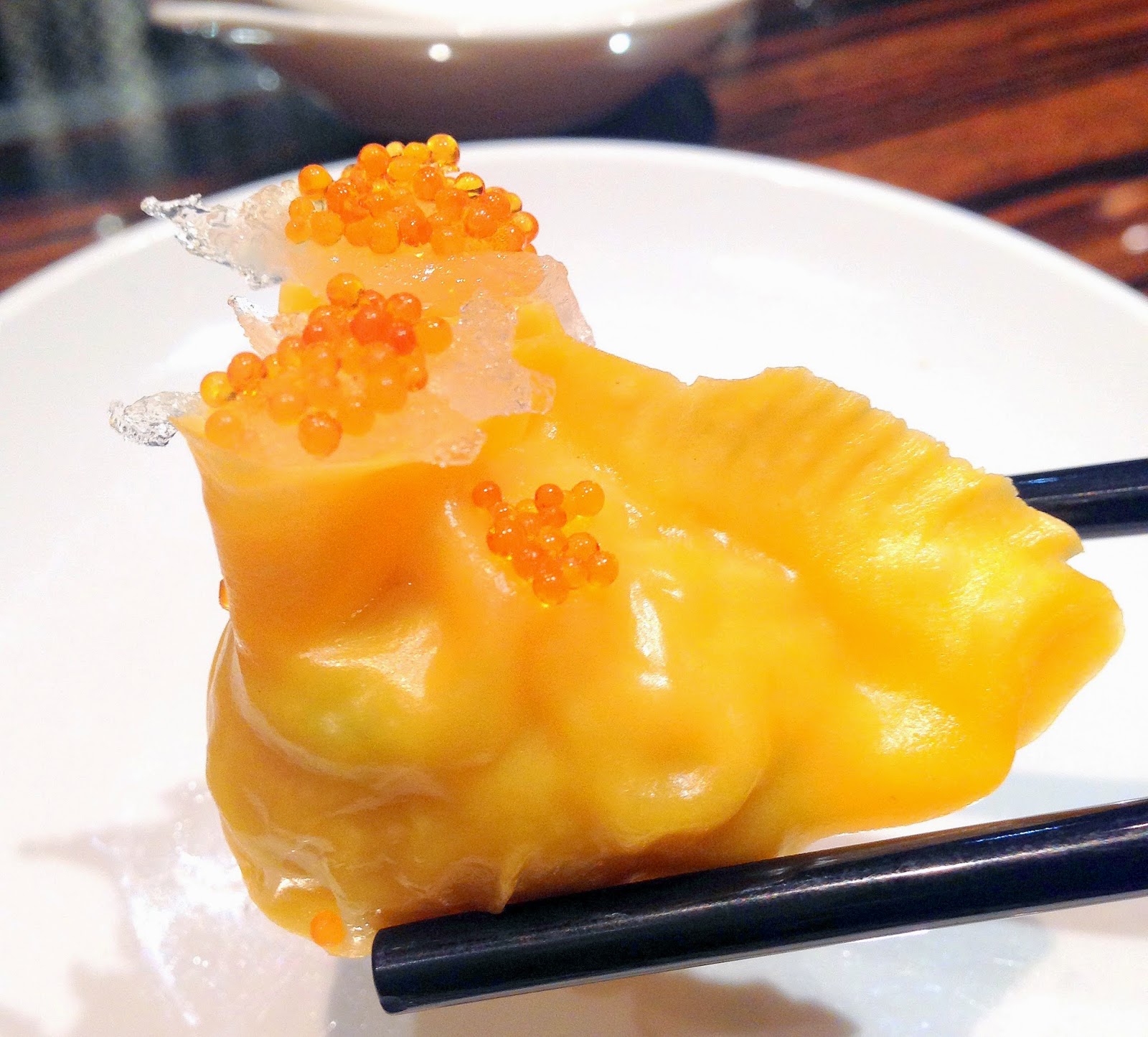 Instead of a traditional French afternoon tea, why not check out the oriental Chinese afternoon tea at Tian Fu Tea Room? From now till 31 January 2015, Si Chuan Dou Hua has partnered with Long Ming Xuan, the first bird's nest sommelier in Singapore that retail premium bird's nest tailored to customers' preferences, to come up with a luxurious Sparking Imperial High Tea.


Featuring nine delicately handcrafted dim sum paired along with a glass of sparkling wine and premium Chinese brew, the afternoon tea feels very much like enjoying a classical sonata with three movements. 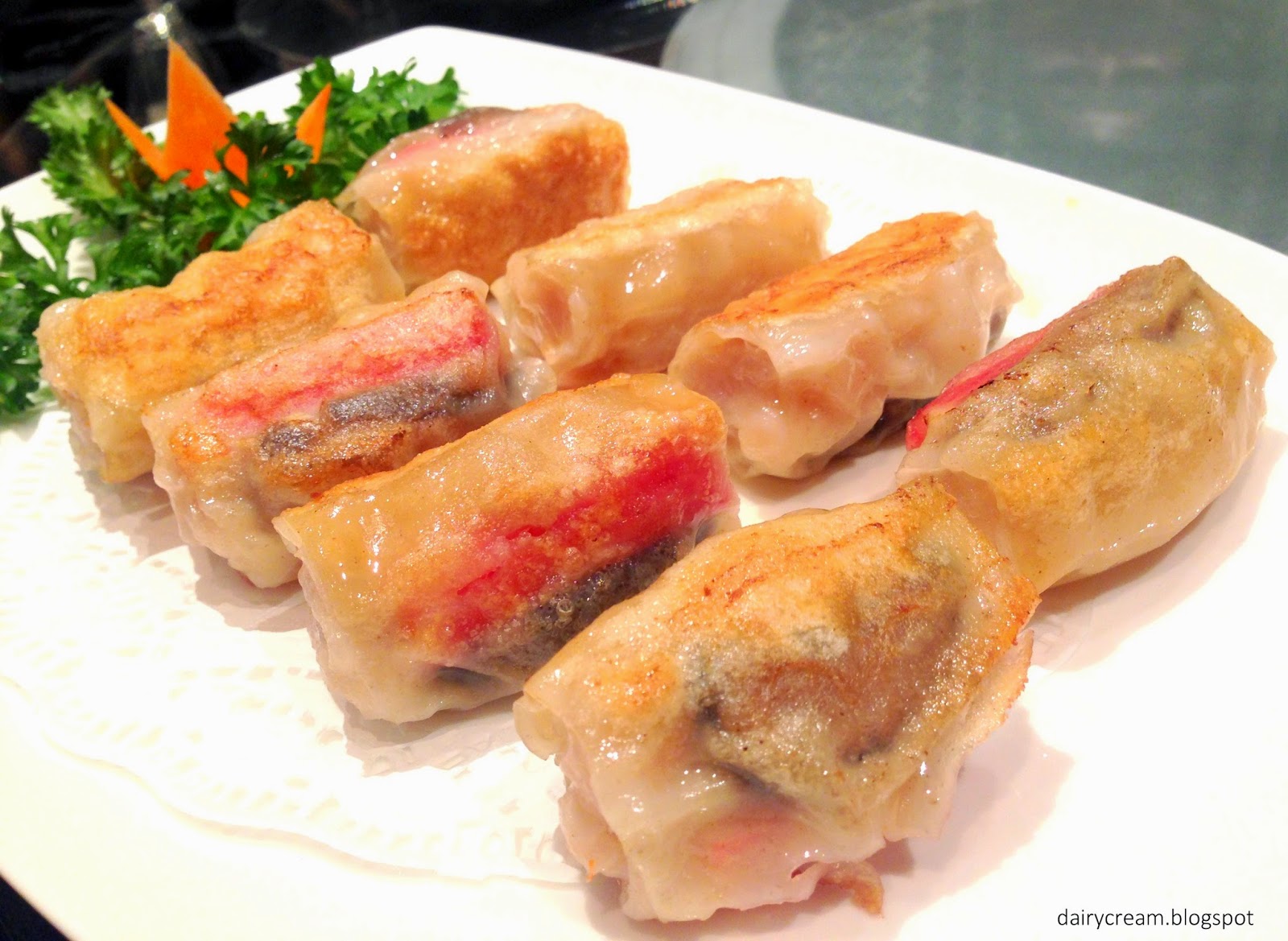 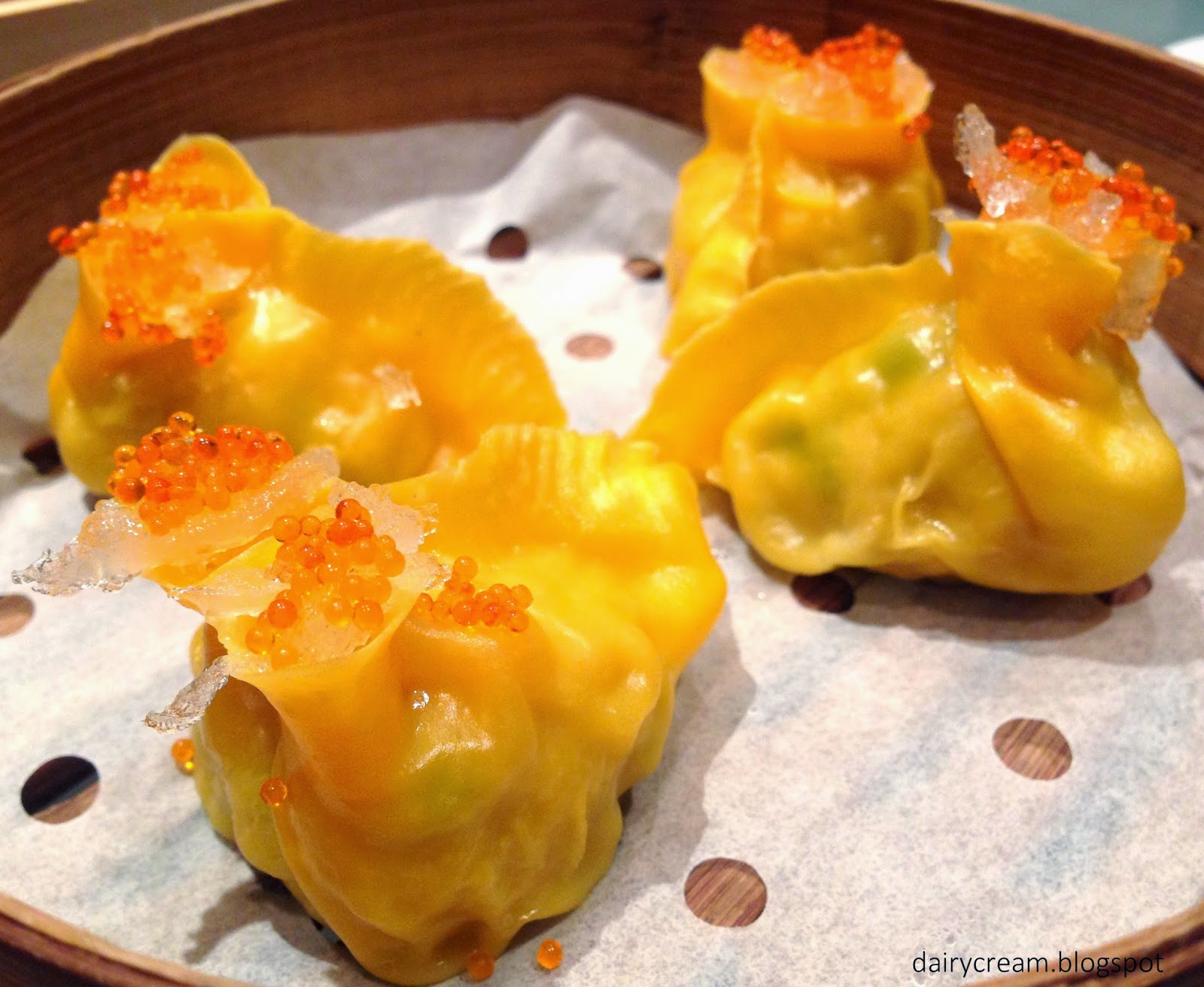 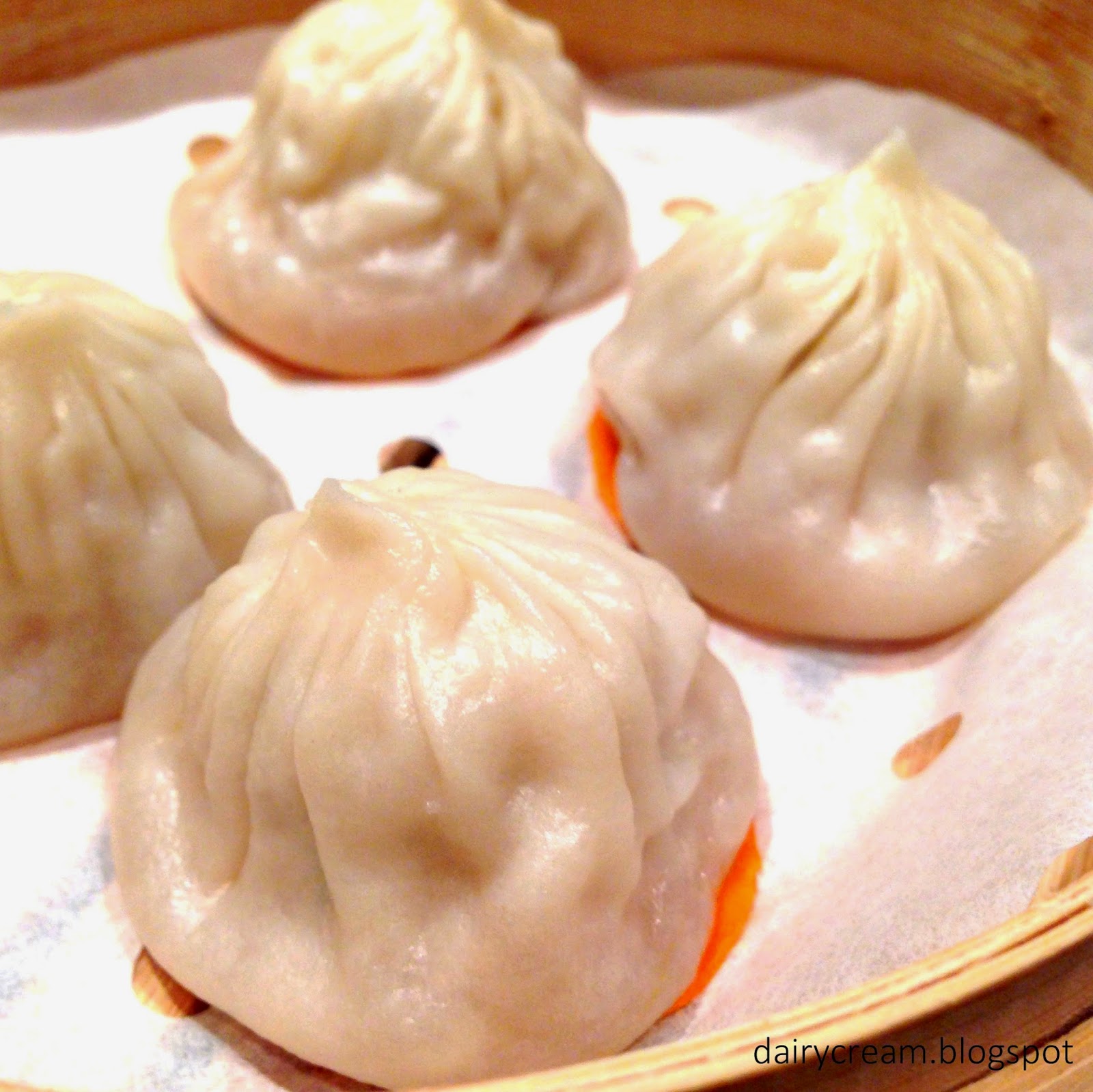 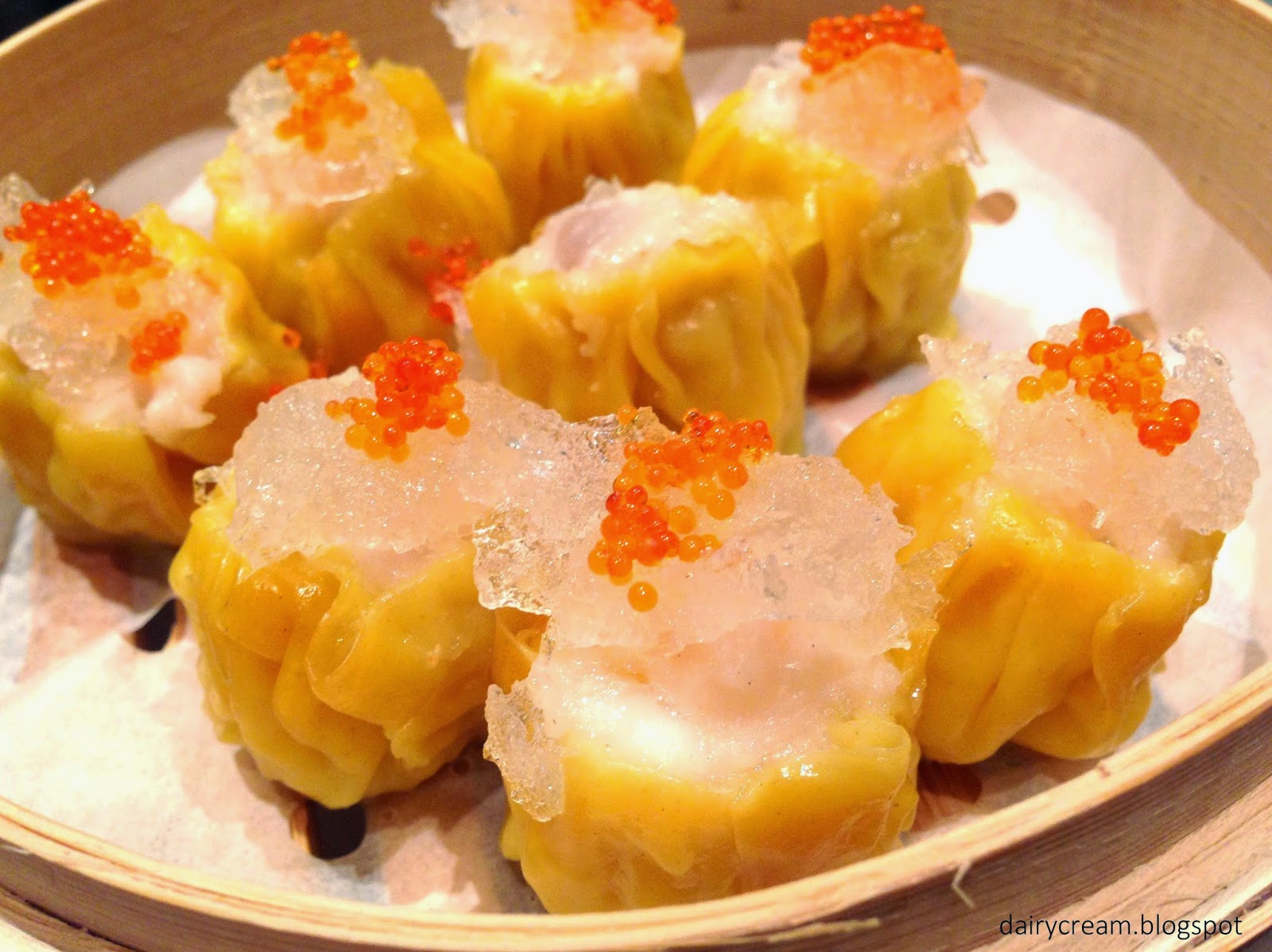 燕窝烧卖 Steamed Siew Mai with Bird's Nest
The first part of the afternoon tea comprises the familiar meat dumplings that are elevated with the thematic prized element--bird's nest. This very much mimics the the first movement of a sonata which sets the motif and catches the audience attention with fast-paced uprising rhythm.

From Xiu Mai to Xiao Long Bao, the silky dumplings were served from the steaming bamboo baskets shortly after another. One could not help but felt nervous and excited because they were best savoured piping hot while the smoke was still visible. The star ingredient didn't have much taste on its own, but it imparted light crunchy bites to the little purses of pork or chicken that dribbled meaty juices with each bite. 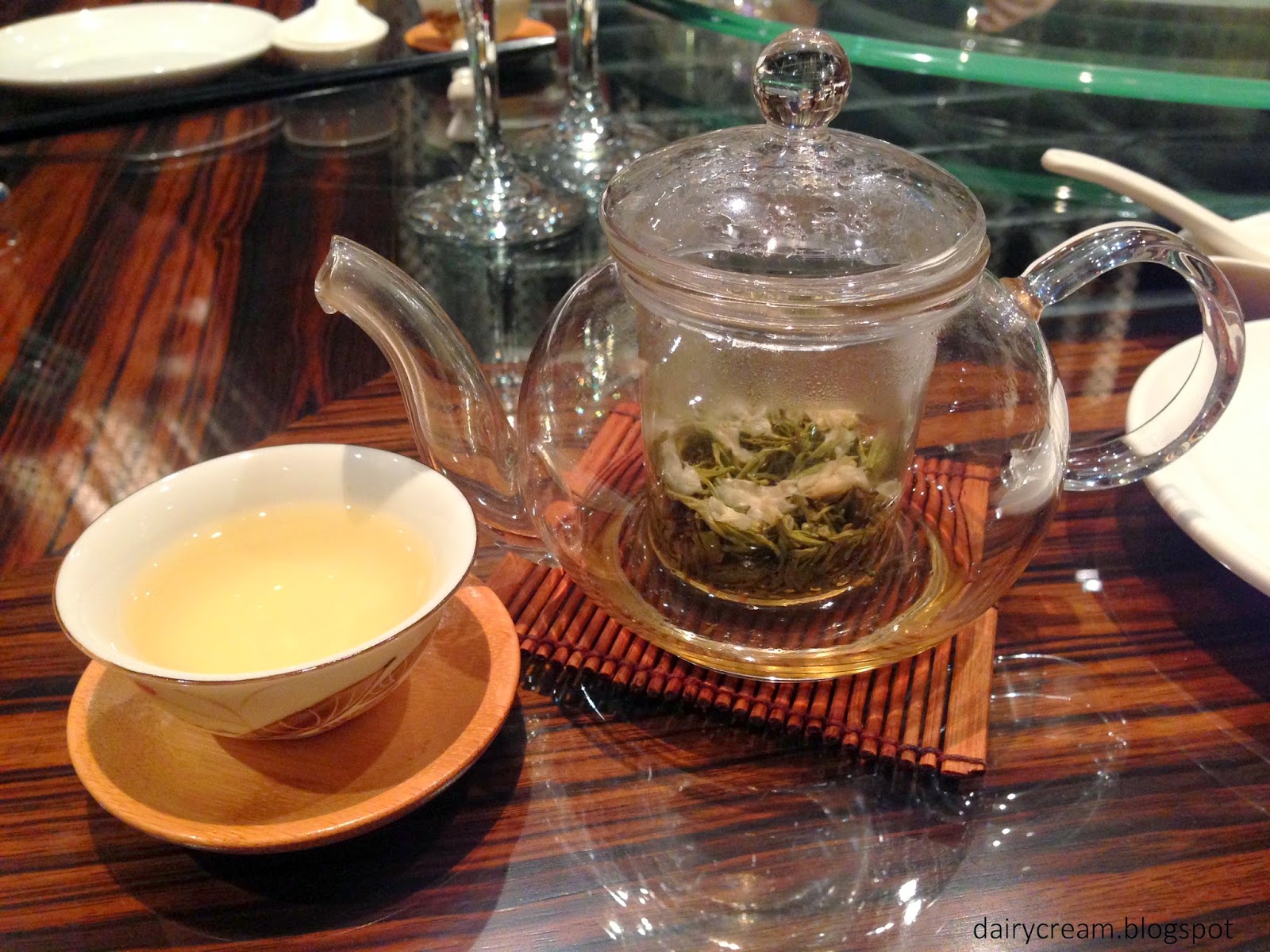 碧岭拾毛尖，潭底汲清泉，飘飘何所似，雪梅散人间
In the spirit of the afternoon tea, tea is no less emphasized here as the team takes a judicious approach in complementing the dishes with the right tea. To refresh the palates for the subsequent courses, we sipped dainty cups of 碧潭飘雪, a type of white floral tea belonging to the Jasmine Tea family that is harvested from Si Chuan Er Mei Shan. (according to Prof Baidu). 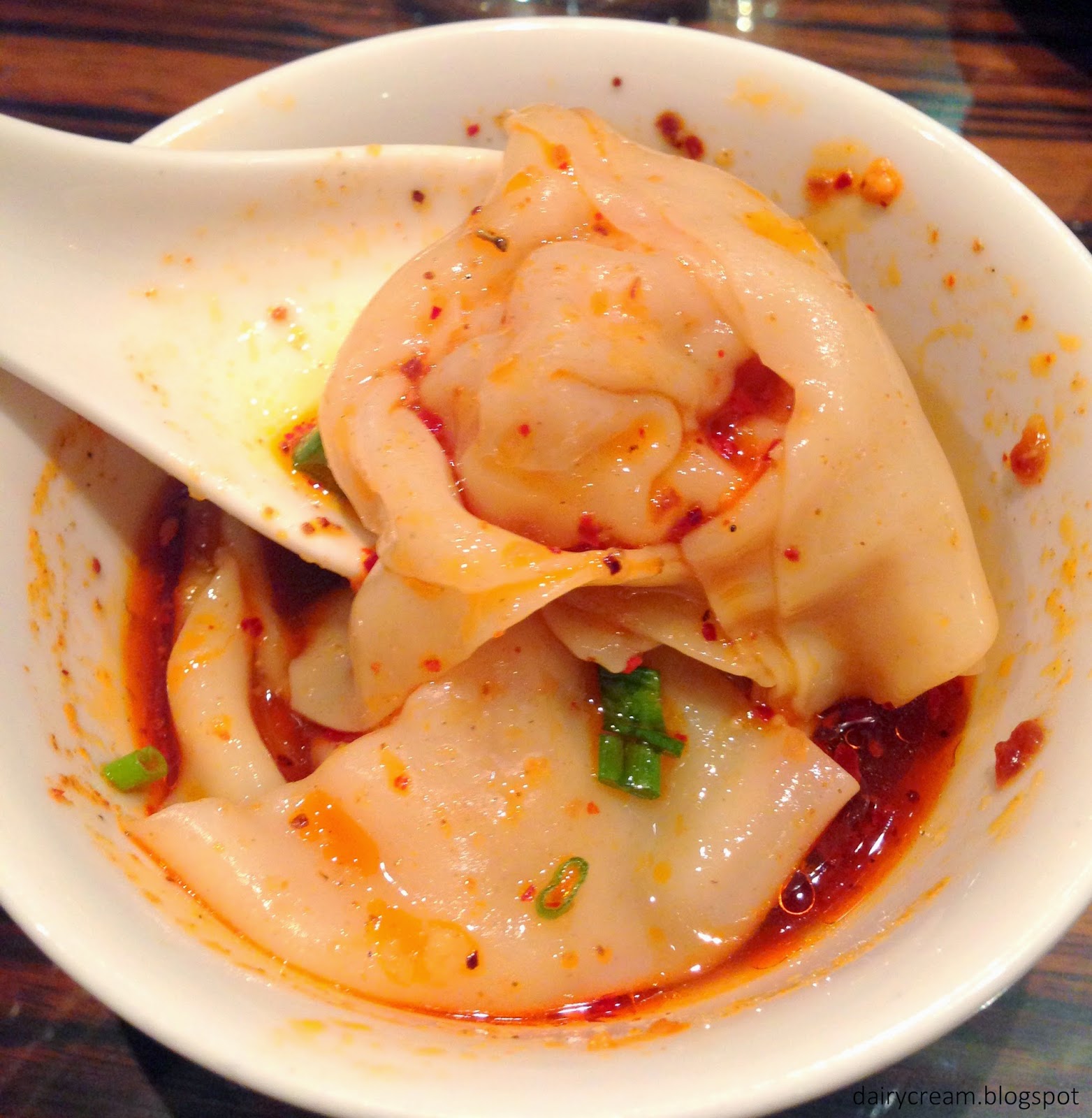 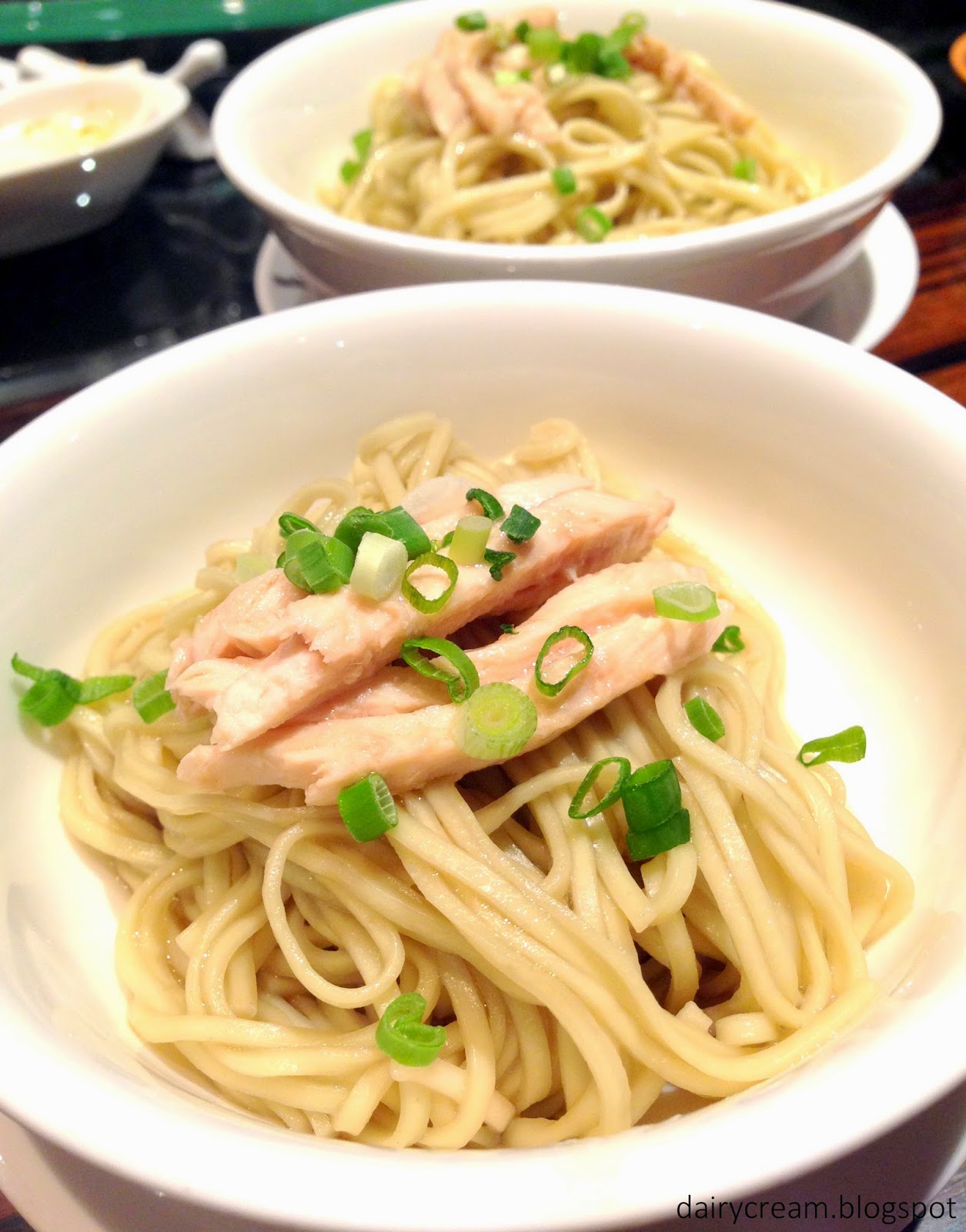 翡翠葱油面 Sichuan noodle with onion sauce
As we waltzed into the slow relaxing second movement Adagio, we encountered authentically Sichuan fare that represented the modulations of the theme. I loved the unabashedly spicy bowl of boiled minced meat dumplings that hit me with waves of mild sensational numbness. Plain as it seemed, the Sichuan noodles boasted an alluring aroma of shallot oil and went superbly with some drizzles of spicy meat dumpling broth. 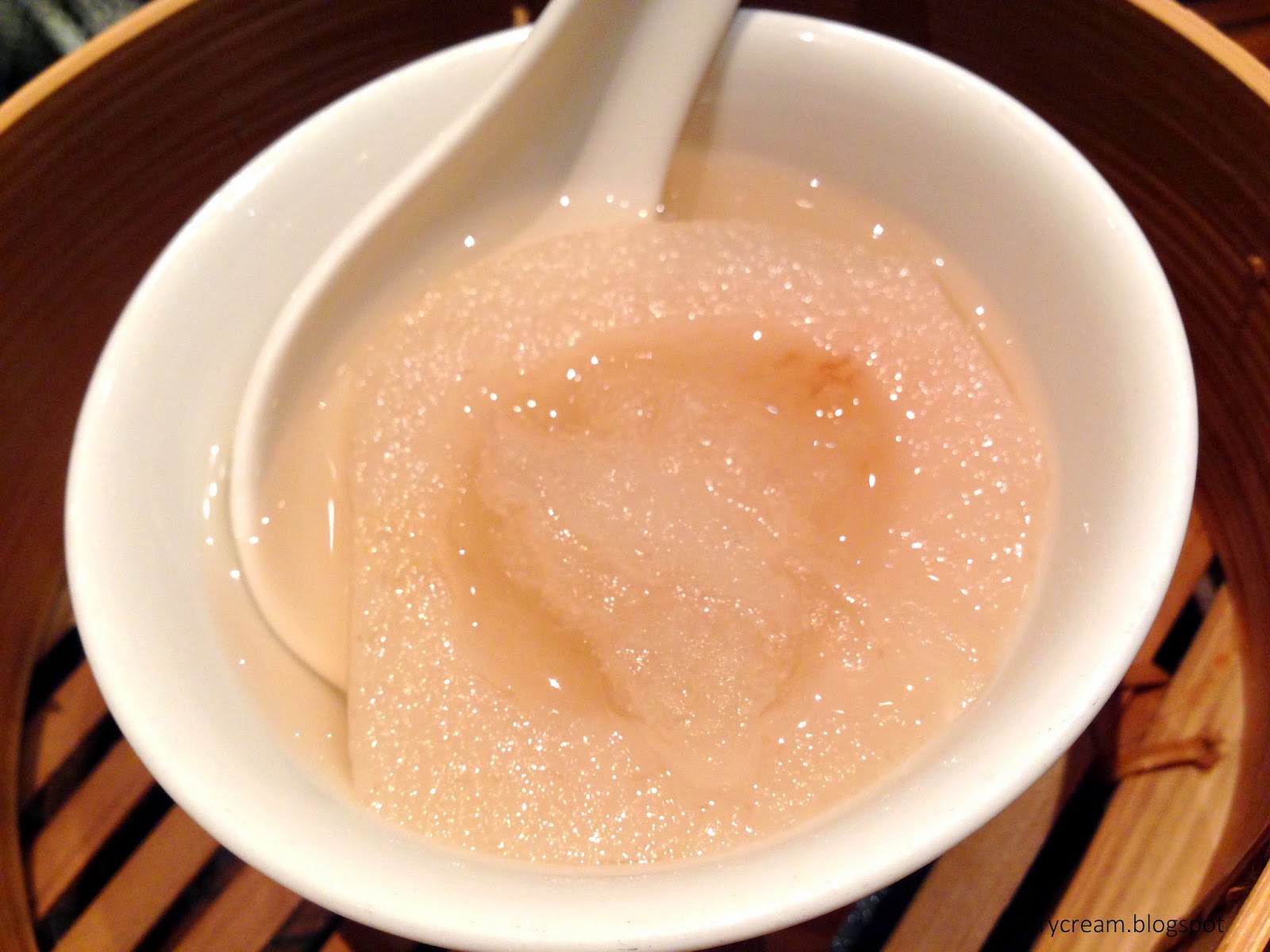 燕窝冰汁梨 Chilled pear with bird's nest
The grand finale pulled everything seamlessly back to the theme with a nourishing bowl of chilled pear with bird's nest. Infused with sweet melodious notes from the double boiled pear, the dessert resonated in harmony with the 云南滇红 Yunnan Red Tea, a highly prized Pu-er tea often served to foreign delegates including British Queen Elizabeth when she visited Kunming.

Most certainly, a visit to Si Chuan Dou Hua would not be completed without having a bowl of its signature silky-smooth Beancurd that was still as delicious as my previous visit. 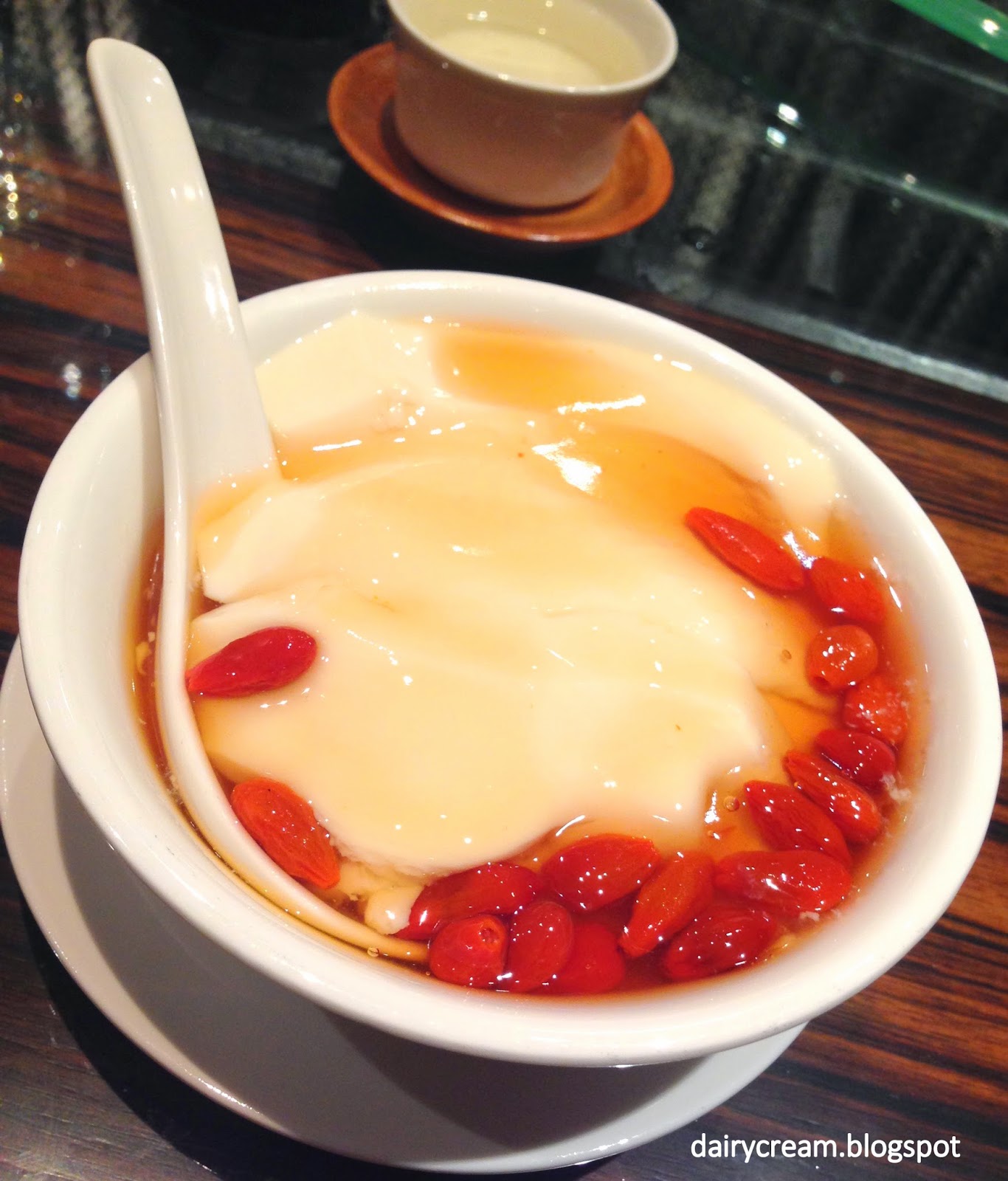 Other highlights include the Steamed Crystal Bird's Nest Seafoood Dumpling and Bird's Nest with Winter Melon. The menu changes every month so keep a lookout for new exciting dishes that are great for health and beauty. In this era where bird's nest is no longer a beauty nourishing delicacy solely for ladies, guys would definitely love this too!

One dines free with three accompanying for all UOB Cardmembers