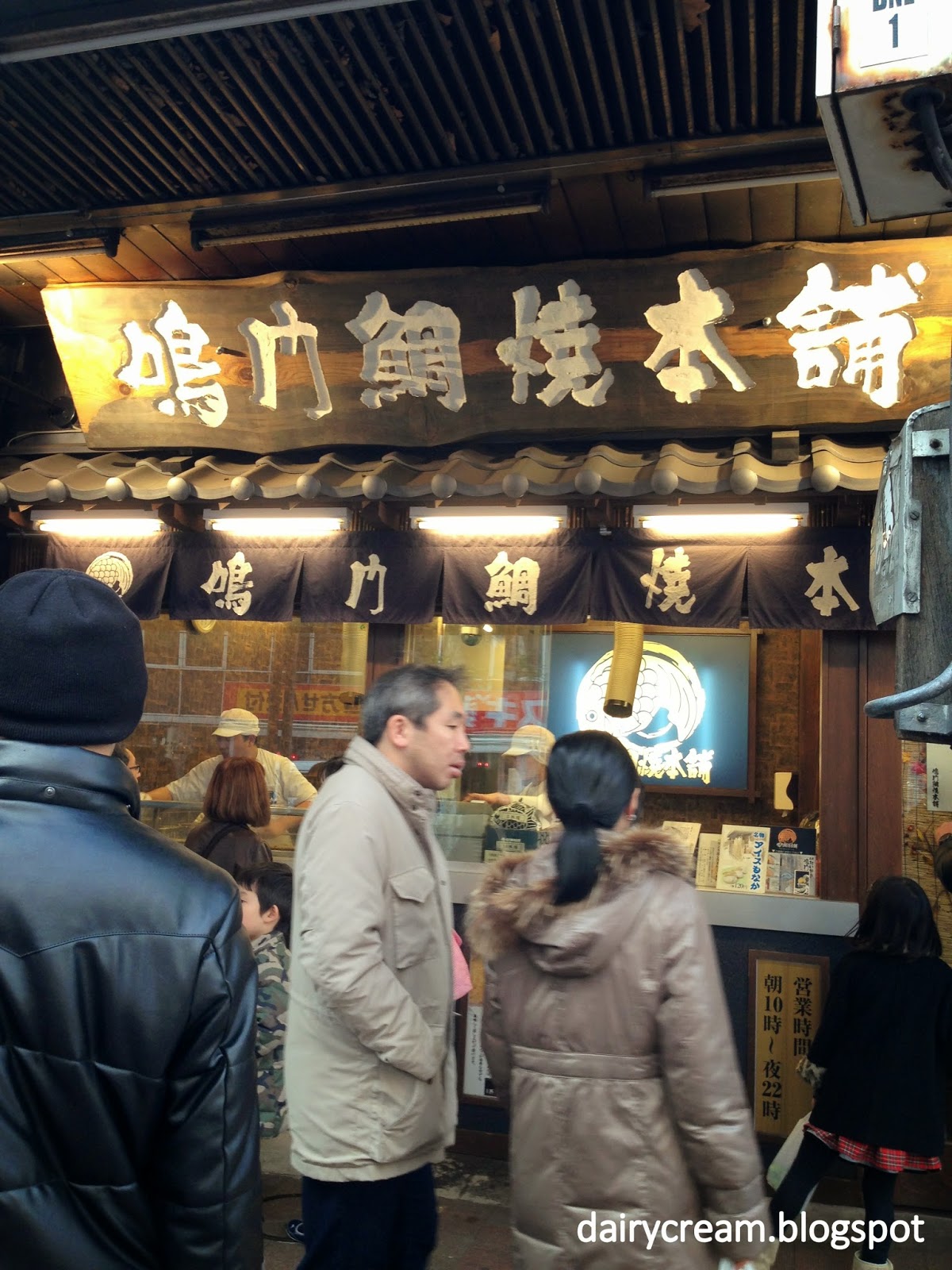 When it comes to taiyaki, I only looked out for one thing-the pastry skin. I don't expect it to be as thin and crispy like a wafer. I'm contented as long as it's not soggy and stale. The filling is always very sweet, so no point debating about the sweetness. 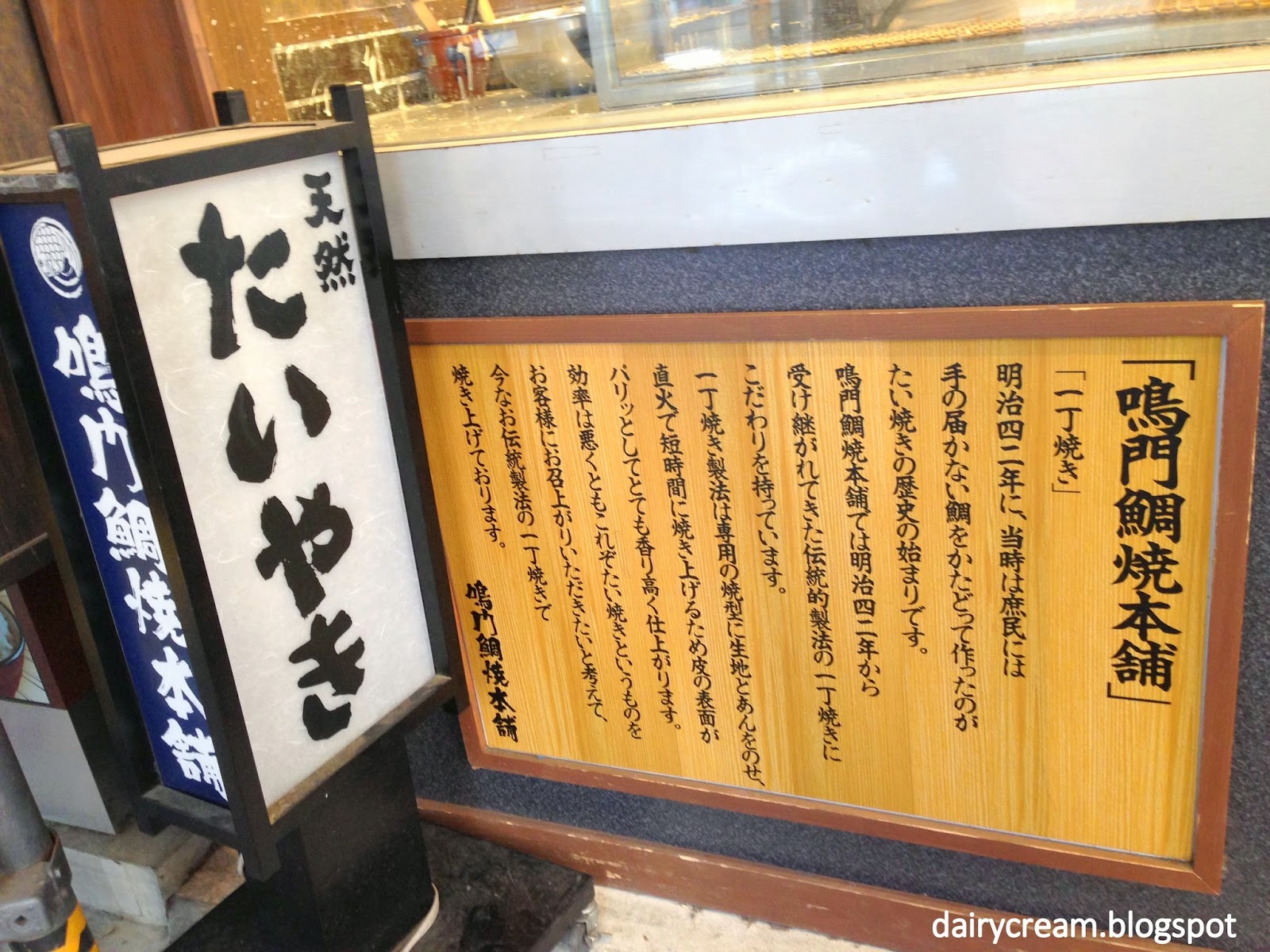 Perhaps due to having too many mediocre taiyaki in the past, I was simply amazed and delighted when I found Narutoshi Taiyaki. This shop stresses on the concept of "Tennen Taiyaki" (natural taiyaki), which means that the taiyaki is made using the method of  一丁焼き (icchouyaki) . 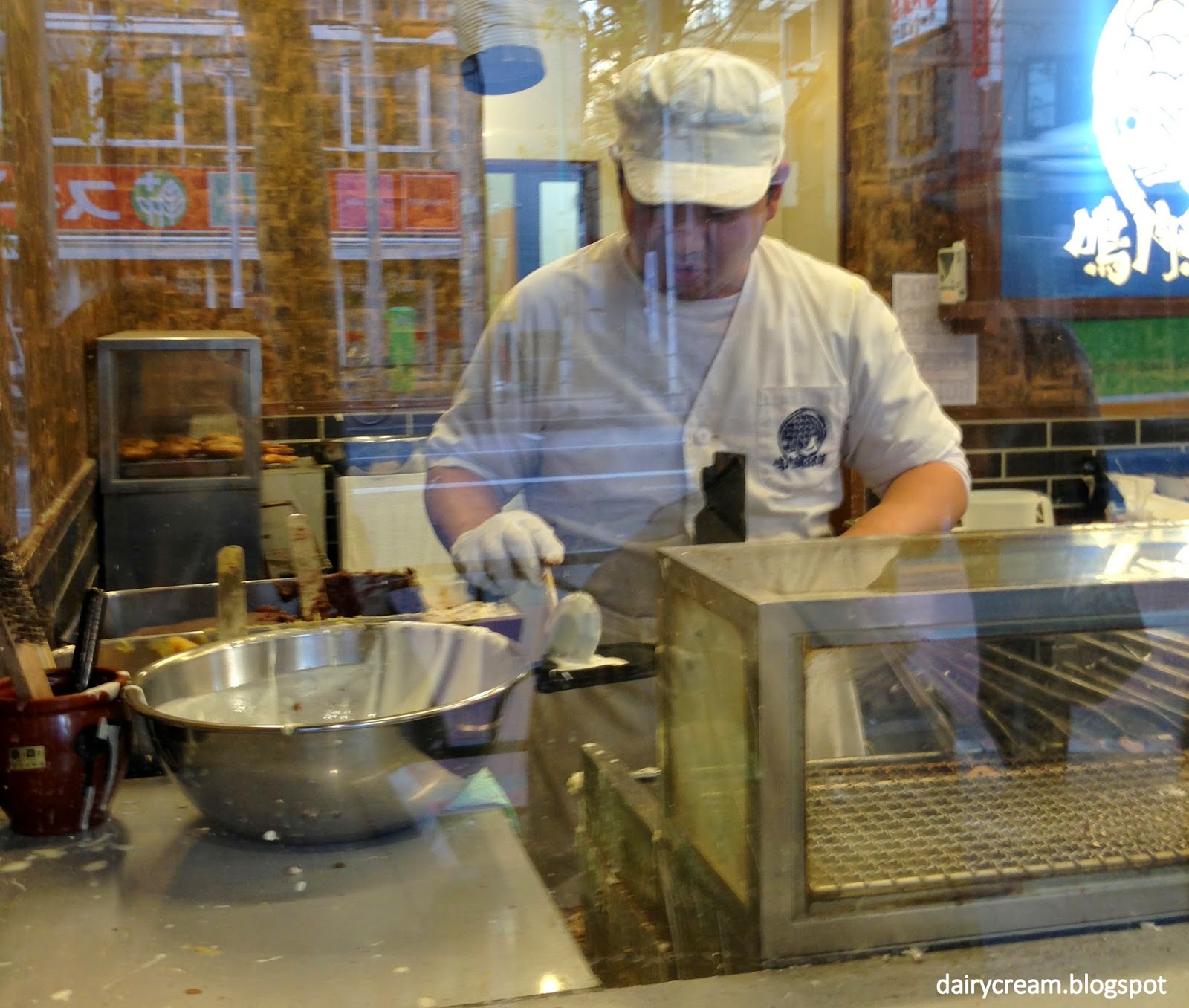 Each taiyaki is made on individual 2-kg fish-shape heavy iron cast and slowly grilled by rotating the casts several times. Yes...2kg!! Looks simple from the outside but who would have thought it would be such a laborious affair? 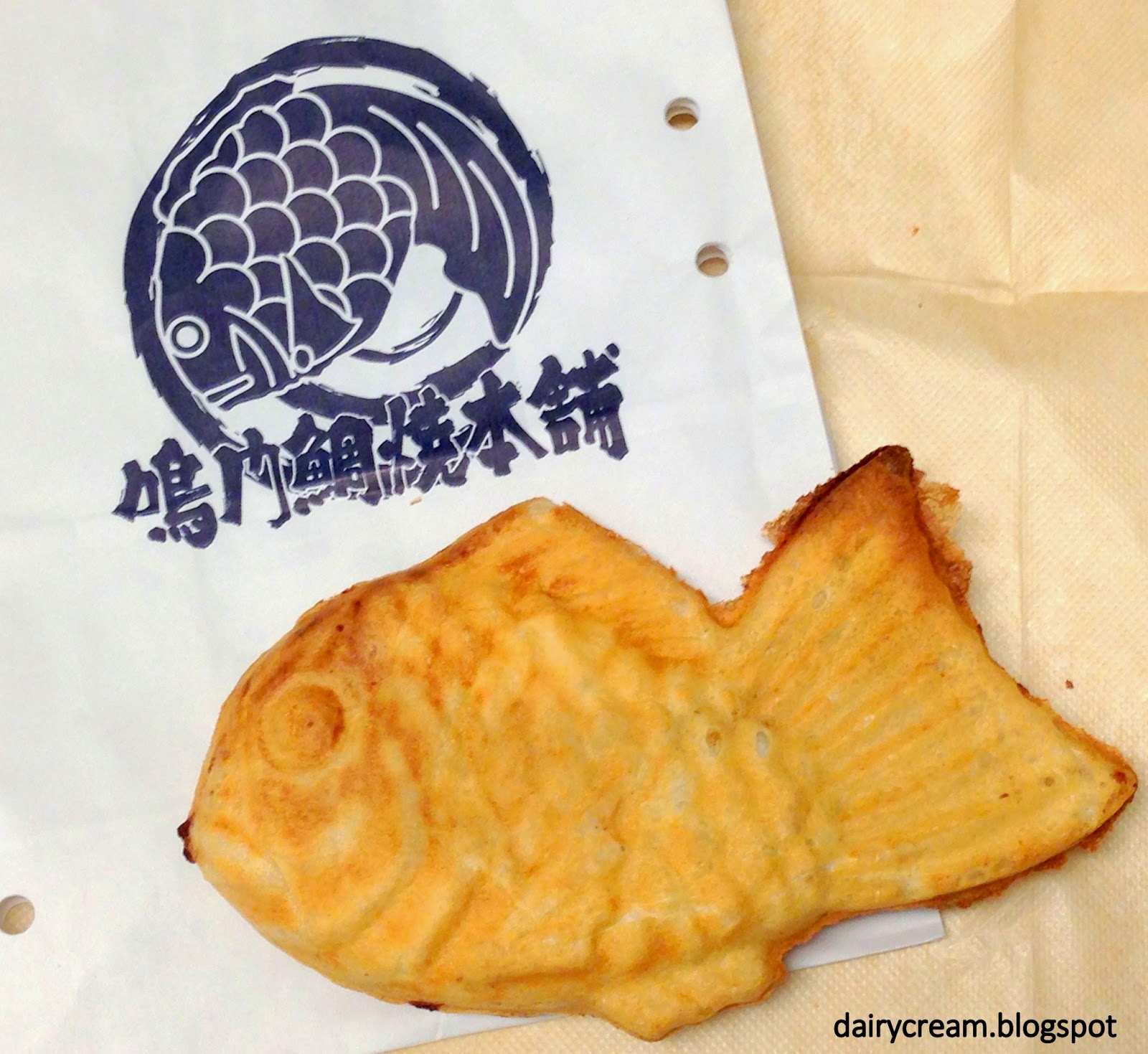 Hence, this churns out significantly fewer taiyaki than typical taiyaki shops that fills 20-30 moulds in one single iron cast, cover and wait for them to be cooked without flipping. 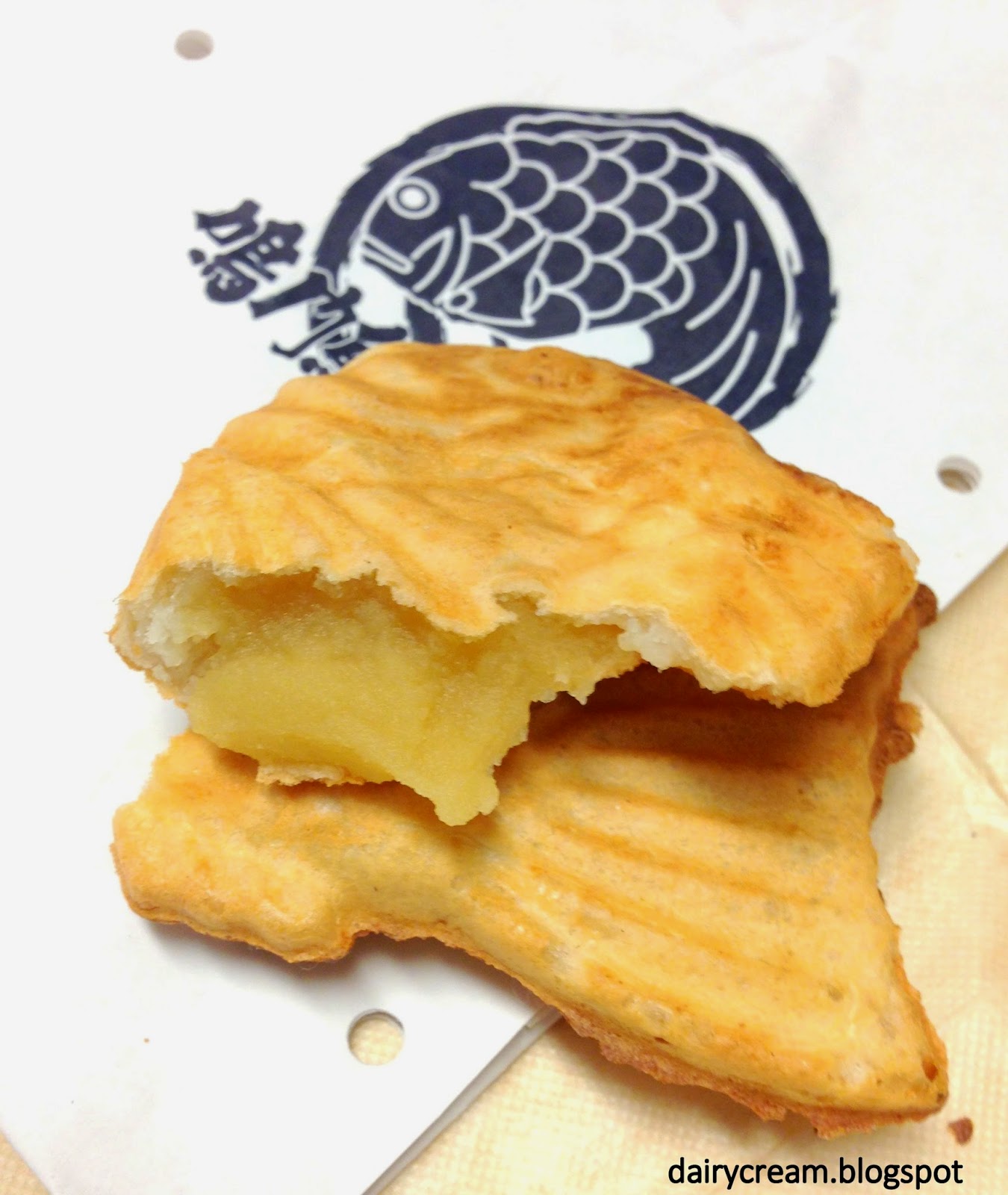 The result is an unbelievably thin yet fluffy pancake skin that is bursting with rich, sweet filling. I had the Naruto sweet potato instead of Kuroan red bean (黒あん）because Naruto (a city located in Tokushima Prefecture)  is famous for its Satsumaimo.

It now has several outlets all over Japan and thus it is very convenient to try it. 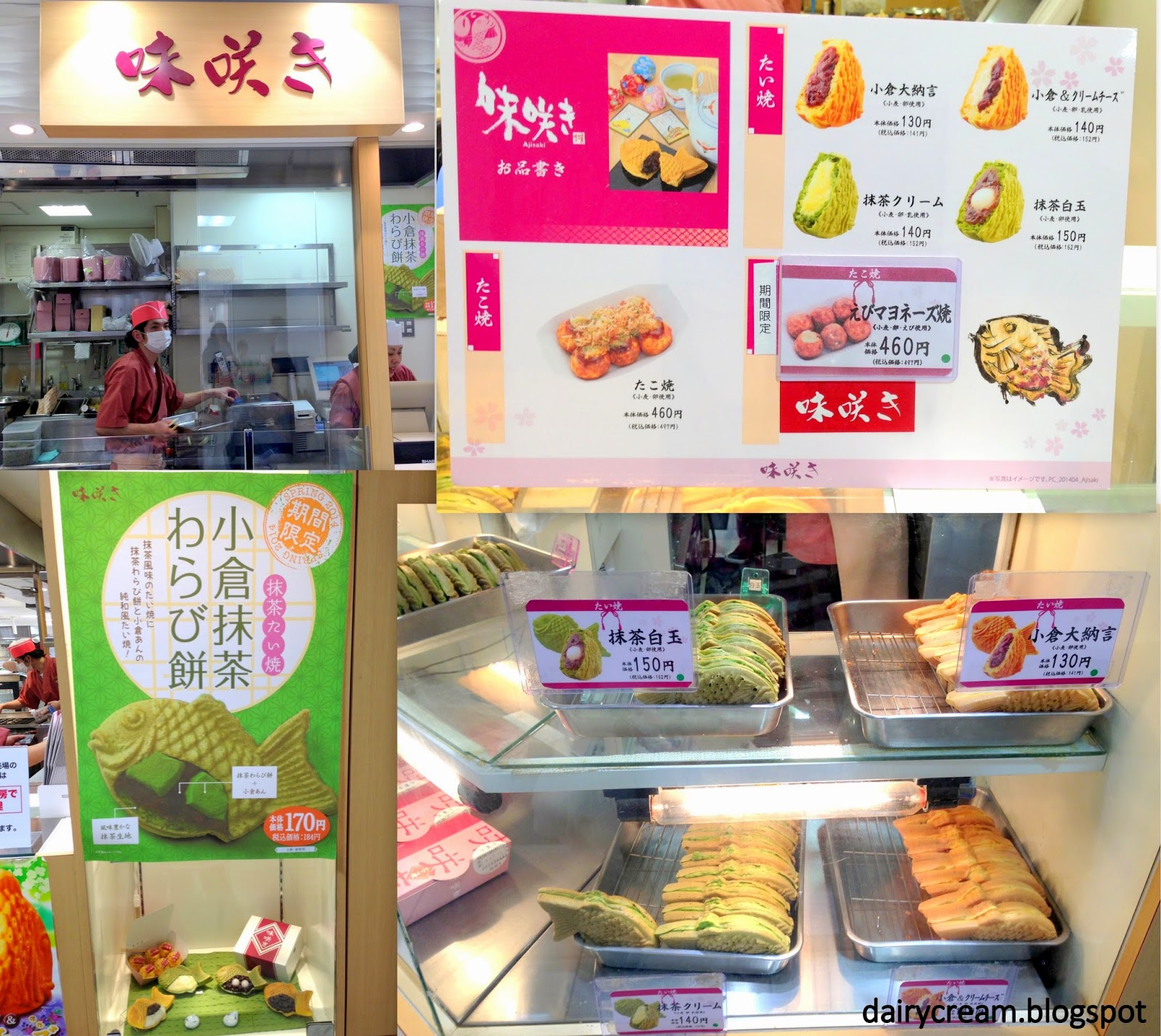 On the other hand, there is another taiyaki shop called Ajisaki located at a corner of Seibu Ikebukuro depachika that seem quite popular especially during weekend. I have been eyeing at the regular matcha taiyaki because matcha is used not in the filling but in dough. 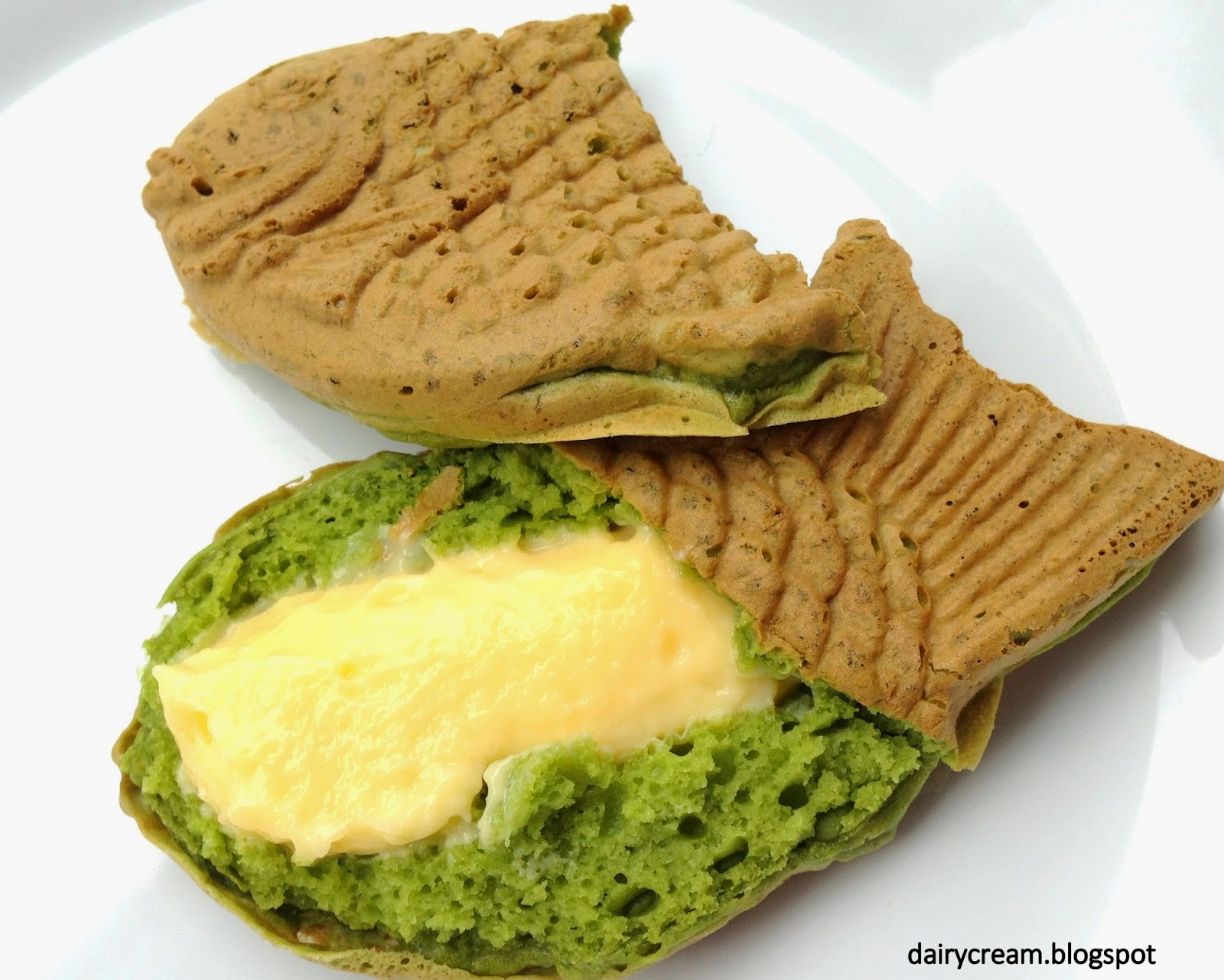 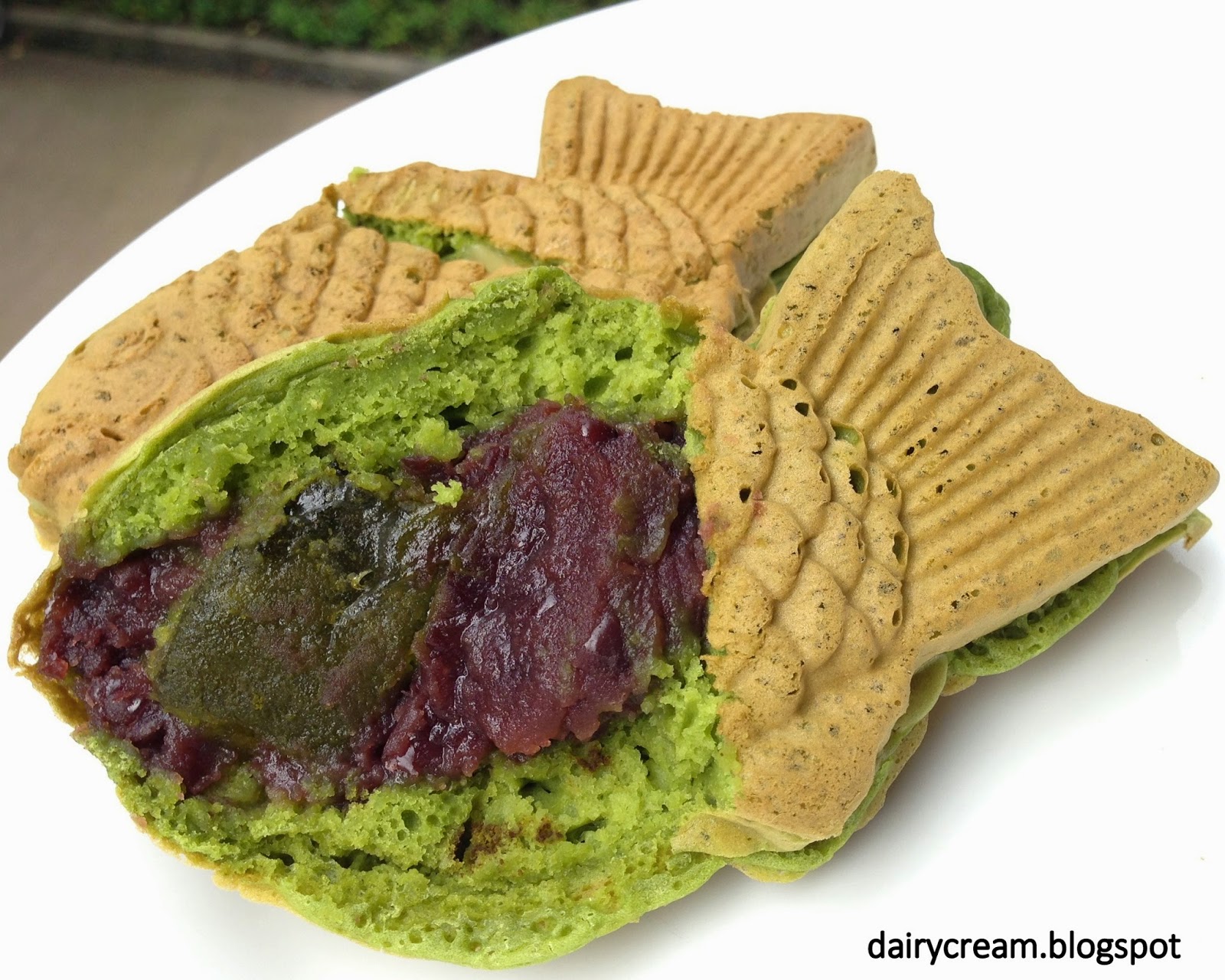 Finally, I had the chance to try it but it was a major disappointment. It had committed a major yet common mistake of taiyaki --Too thick dough with too little filling. The seasonal Matcha with Red Bean and Warabi mochi was slightly better, but still no way in comparison to Croissant Taiyaki or Narutoshi Taiyaki. 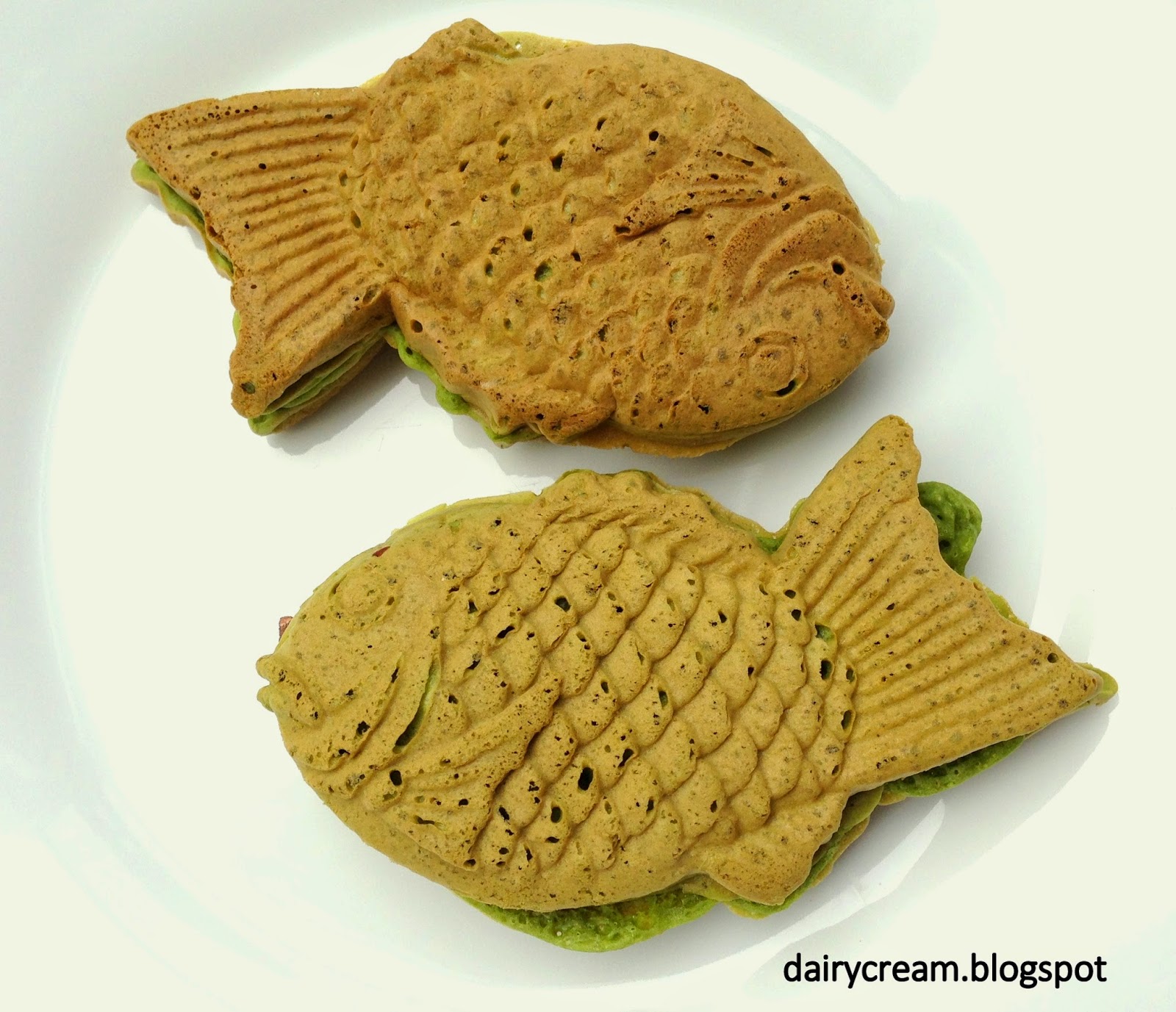