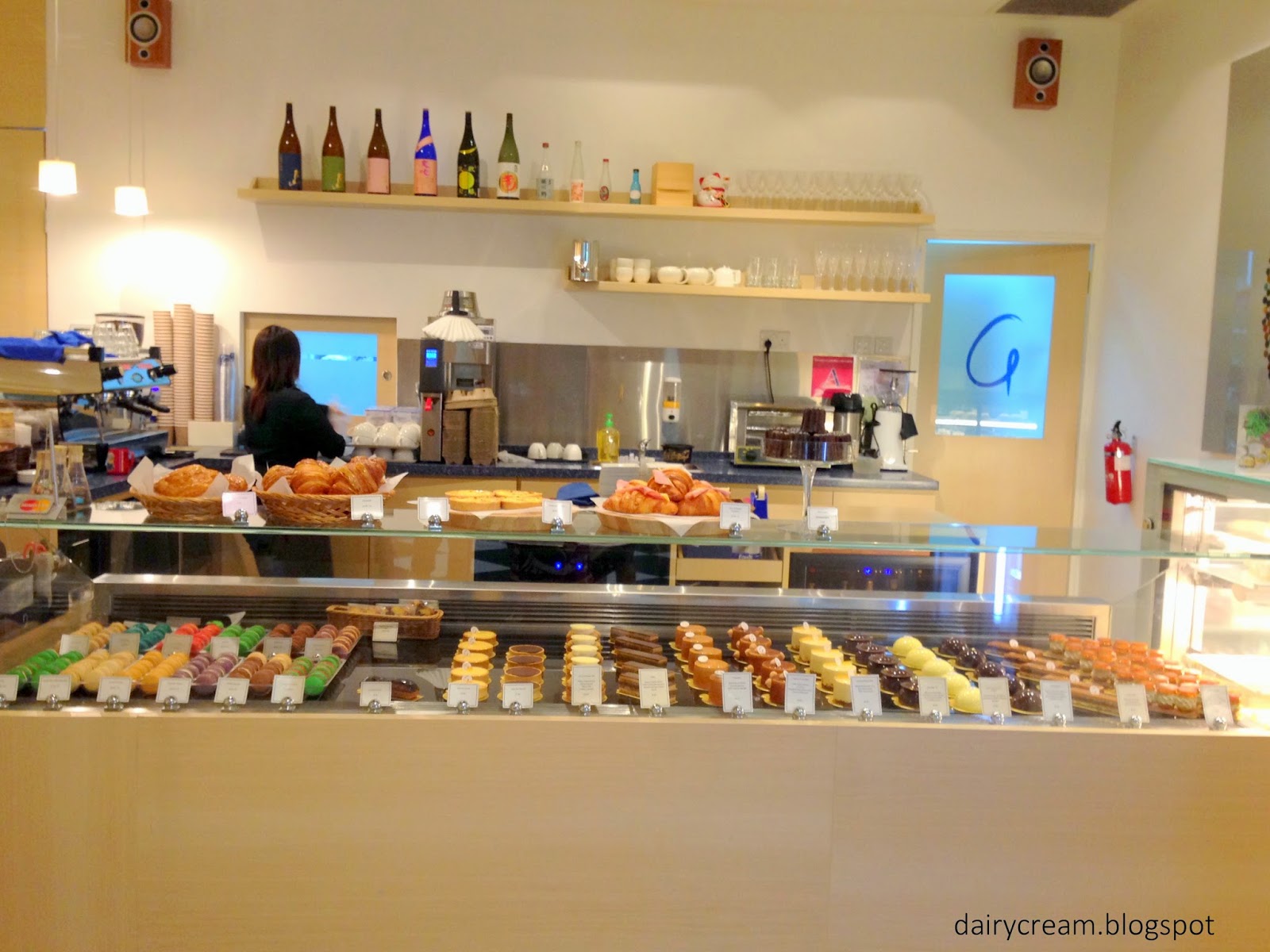 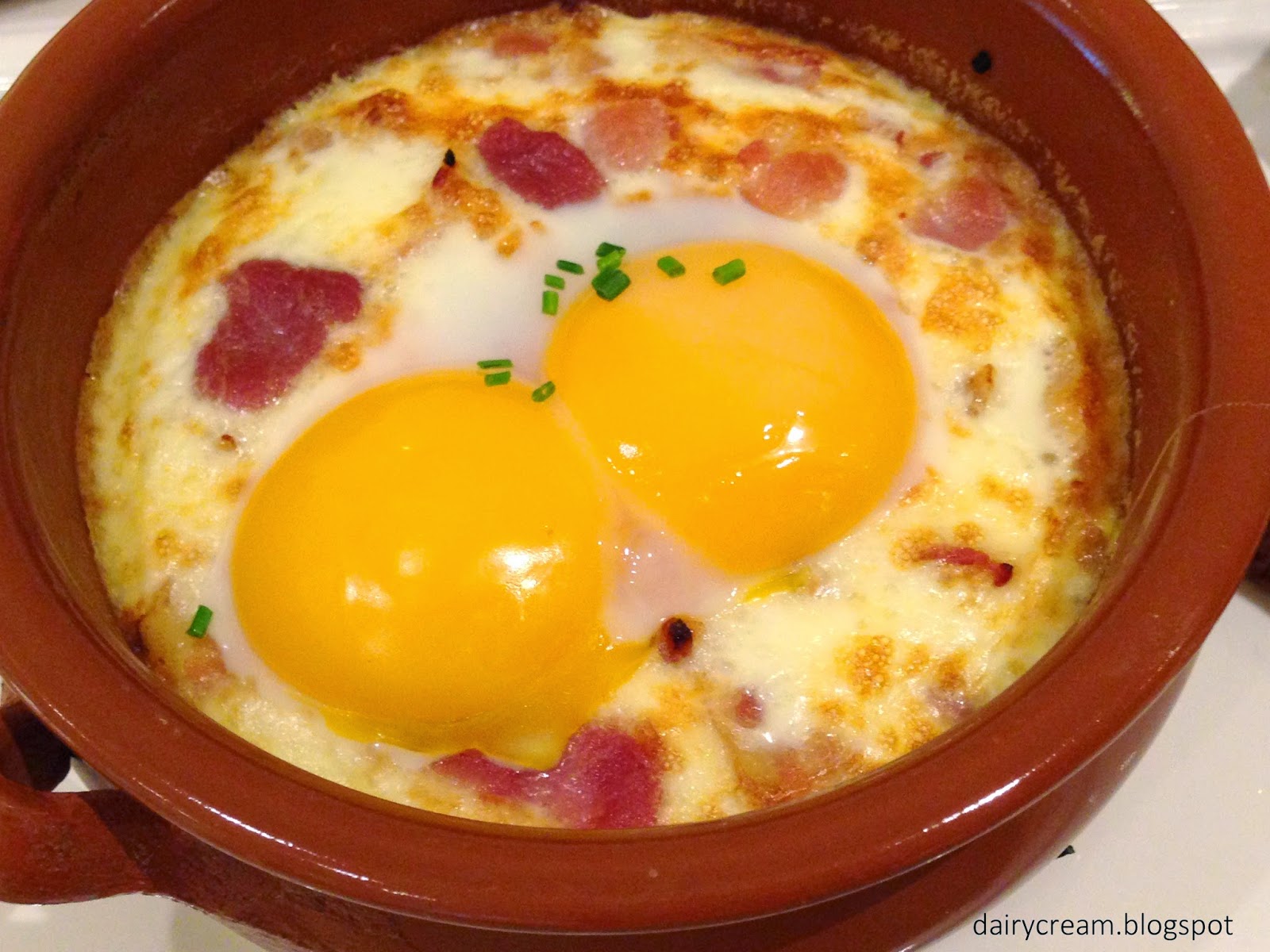 Revisited the possibly most French local patisserie shop in Singapore to try its not-so-new cakes that were launched during my absence in SG. Gone was my favourite Douceur. Along the way, we had the Eggs En Cocotte with Bacon ($16), a French dish that hasn't seem to rise to much popularity for brunch in Singapore yet. The savoury custard was well-seasoned and wiggly, speedily demolished with the soldiers of fragrant toasted brioche. 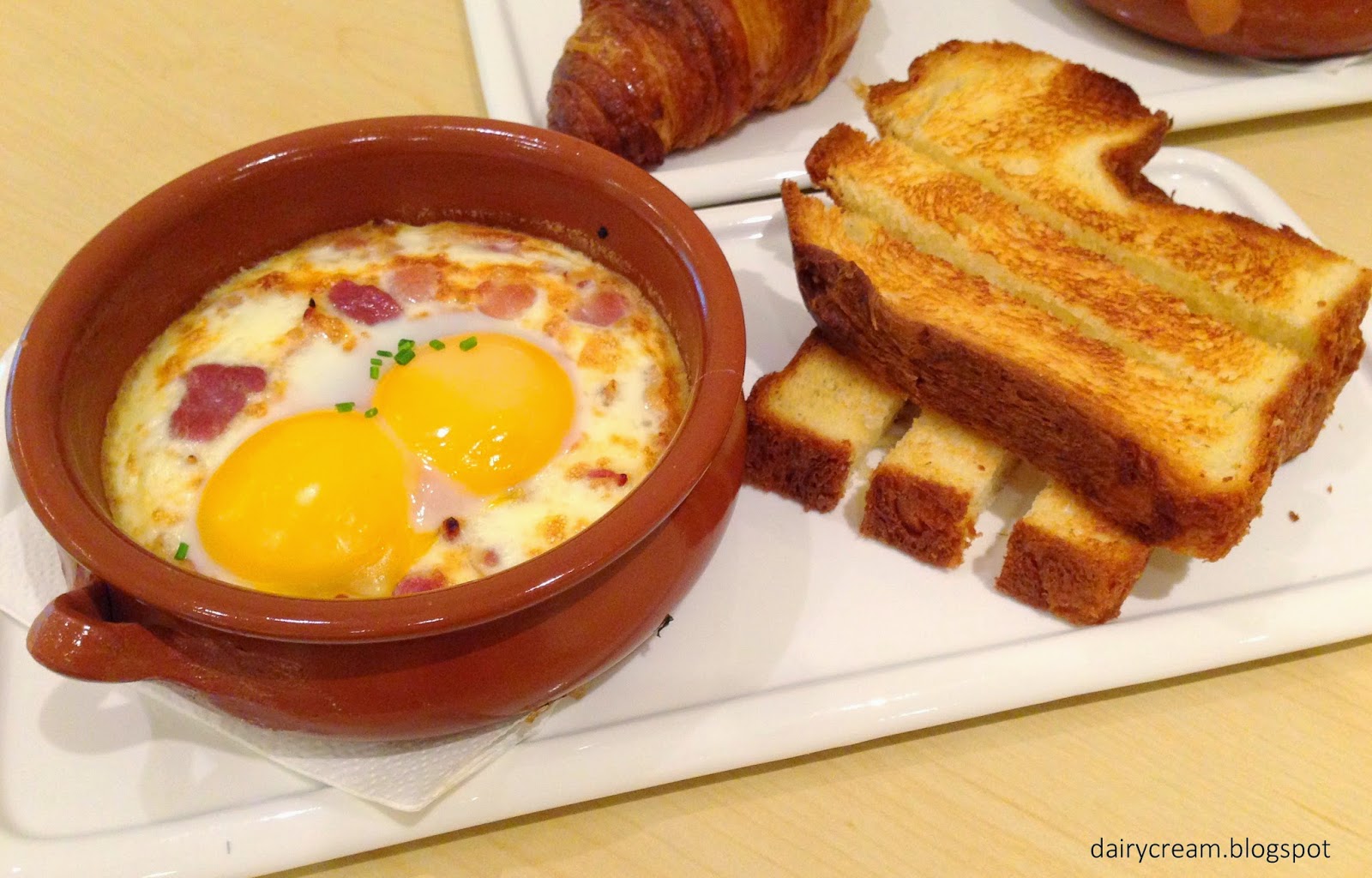 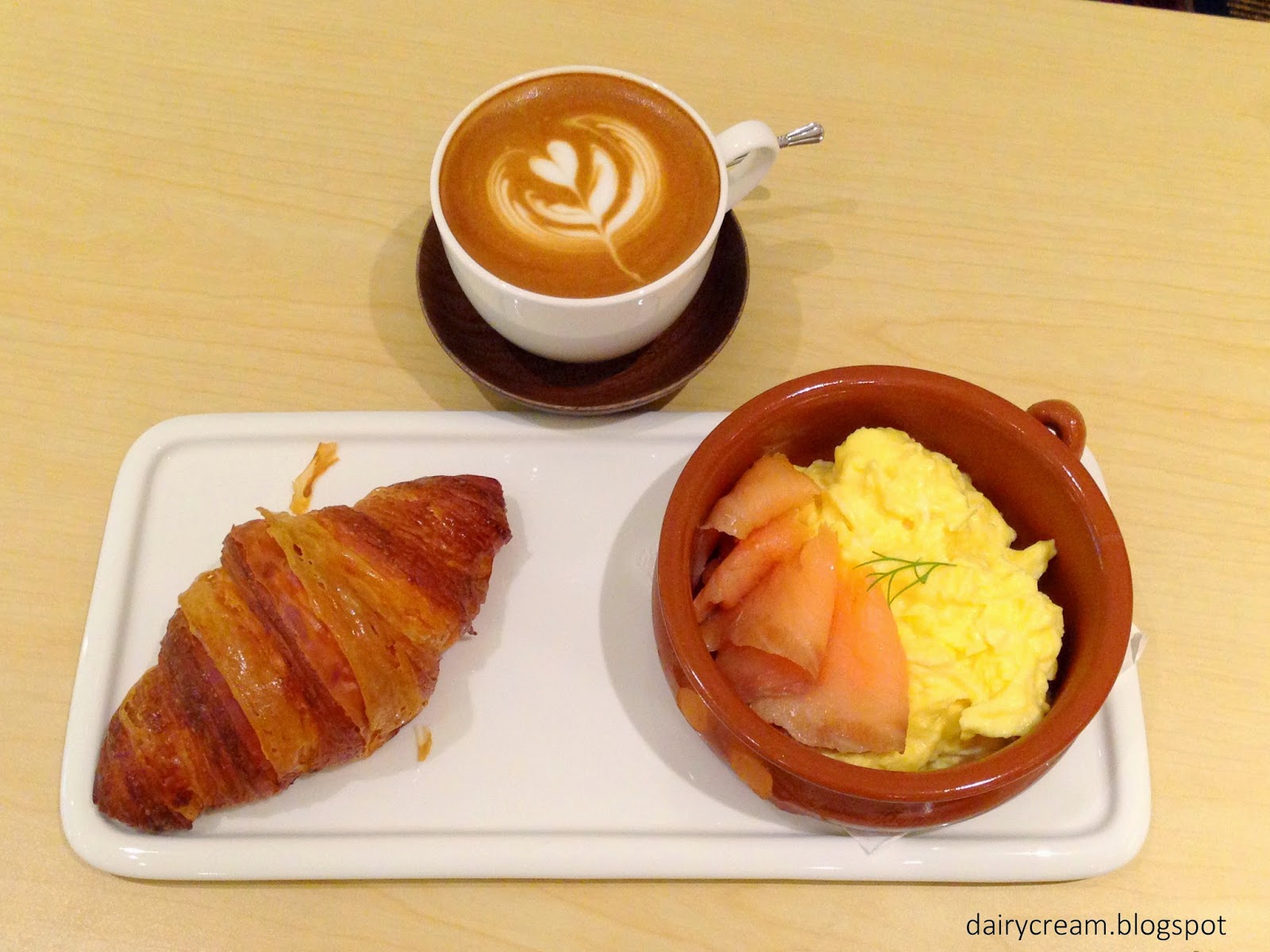 Meantime, the Creamy Scramble Eggs ($15/add on with smoked salmon $3) might not be as grandiose as the soft luscious yellow clouds served at Bills, but was a heart-warming delight to go with its reputable croissant. Yes, I've had it previously with my dark chocolate drink and it still stays VERY delicious. 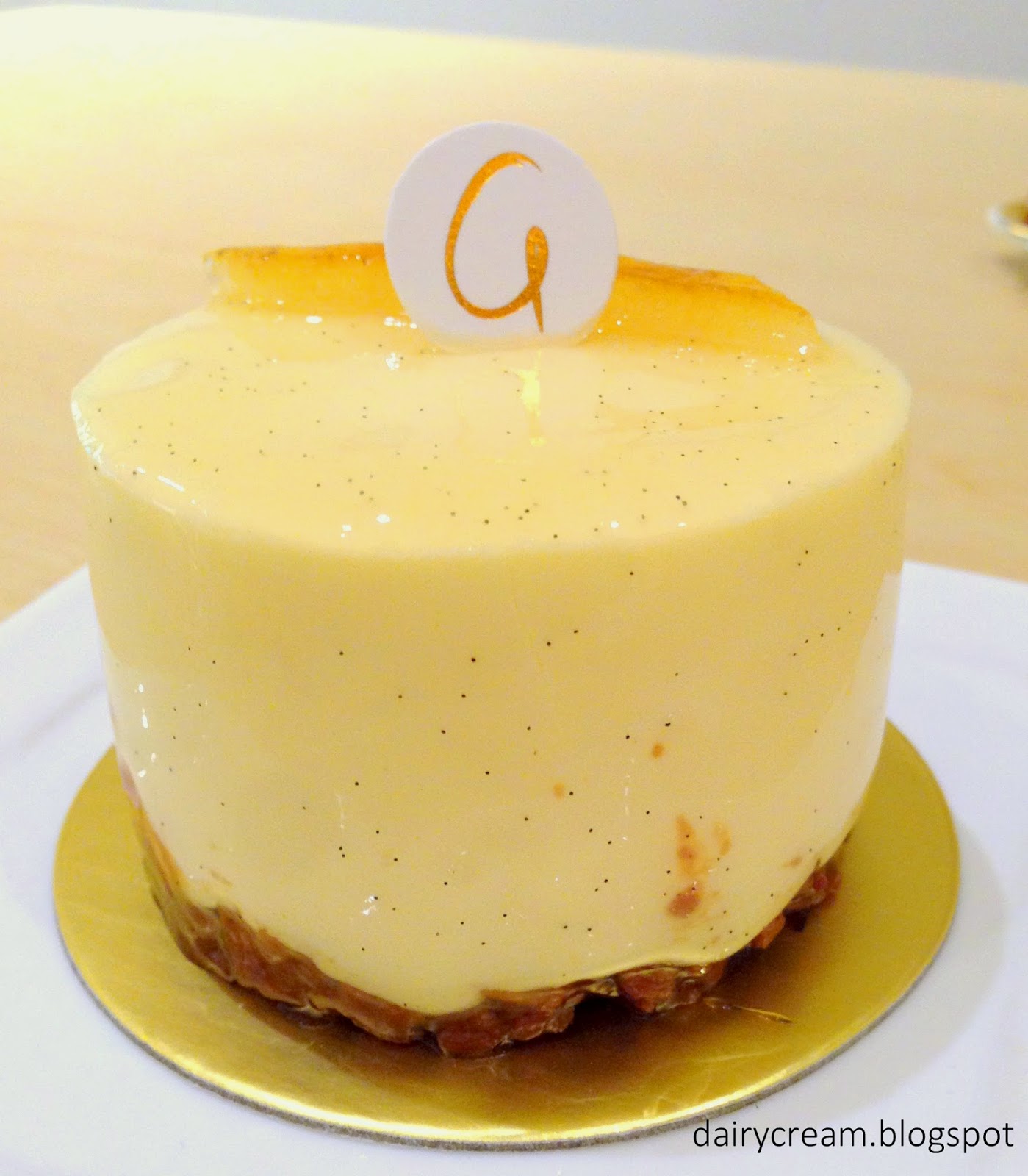 The Lemon Cheesecake ($9) exhibits great character, distinguishing itself from the usual baked cheesecake with a livid lemon curd in the centre and a reliable chocolate biscuit base instead of the occasionally cranky graham crust. The Hazelnut Opera ($8.50) was particularly iffy; unquestionably tri-textures of the hazelnut ganache, coffee sponge and chocolate ganache, but the hazelnut tones weren't pronounced. 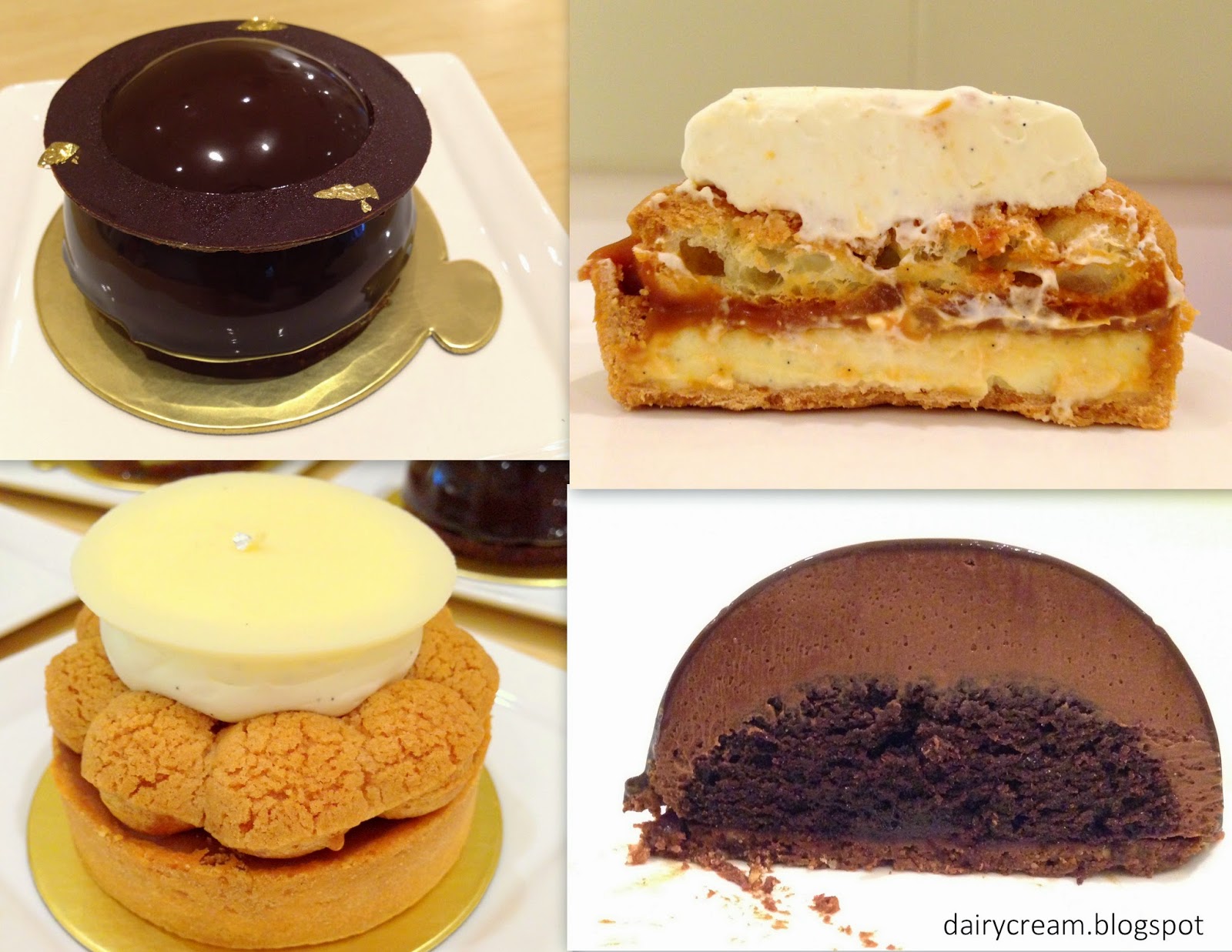 The Nouvelle G ($9), a 73%-63% dark chocolate spaceship lookalike that had a delicate sandy yet crispy chocolate feuilletine which was finer than any of the feuilletine here.

And the star was the Coconut Choux Tart ($9), a pretty revolutionary piece that focused on the coconut-flavoured Carribean rum. Nothing much to speak in terms of coconut accents, but the beloved textures of all the components; chantily cream, (empty) choux puff, salted caramel sauce and Creme brûlée custard tart is enough to make this gateaux a highly saleable one.

Till the next wave of new creations~