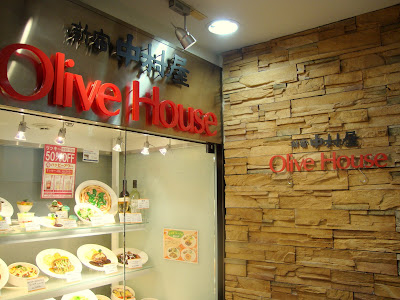 中村屋 is another restaurant that has started since 1901 during the Showa Period and has become a successful brand in Japan. It's specialty lies in its Indian curry and of course, they were the first to introduce this dish to Japan. Since then, curry rice or stew has become such a prevalent food in Japan, just like spaghetti or the castella cake. However, it did not started out selling curry but as a simple bakery. 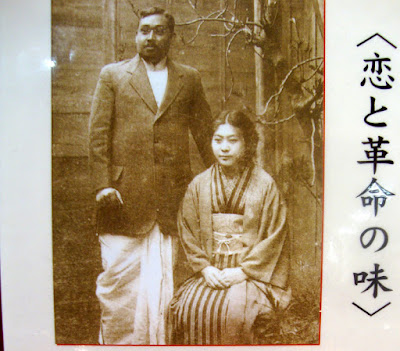 The Indian Guyボース(aka boss) and his wife長女 of 相馬夫妻
In fact, there is actually a long story to how the first curry was introduced to Japan. A Japanese couple named 相馬夫妻 opened 中村屋 as a humble bakery. Later during the revolutionary war times, they  helped an Indian man who were seeking refuge from the government suppression. The Indian guy later married their first daughter and started to establish this shop that serves curry. Pure Indian Curry was claimed to be introduced by them officially in 1927.


Since the business expanded rapidly, they not only serve curry, but also southern european cuisine, italy cuisine, and even chinese cuisine(available at their main branch in Shinjuku---they have a whole building to themselves).Their established presence in curry might be the reason why they emphasized that their "curry" is not to be pronounced as ka-re but ka-ri. (新宿中村屋ではカレーのことをカリーと読んでいます) 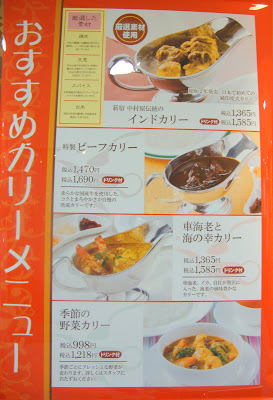 Although it is famous for curry, I did not manage to try it this time but definitely would return next time for its curry.Nonetheless, they do sell instant curry in a box which you can microwave and eat them straightaway. 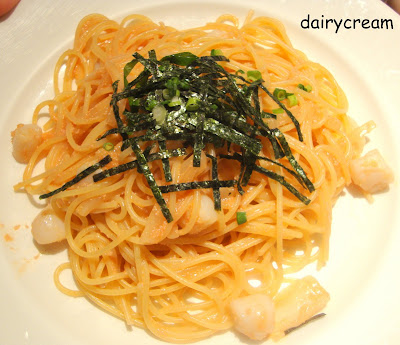 博多明太と貝柱(かいばしら）のスパゲティ ９４５円
Hakata Mentaiko with Scallops Spaghetti
This is the Japanese style of spaghetti with literally no sauce at all but still retains its flavour. The scallops are the mini-sized versions here and more chewy than the bigger versions. This is a very light and healthy dish which relies on the mentaiko to give its savoury taste. Though the spaghetti was not very al dente, the overall dish is still fragrant and simple. 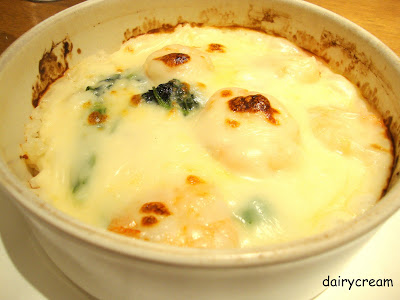 海老のライスグラタン ９９８円
Ebi Prawn Rice Gratin
Ordered this as it was labeled with the "popular" sign. The dish came burning hot and it was indeed a very well baked rice gratin.  Compared to the ones I had in Singapore, this one boasts more cream than cheese in its sauce and thus, it is still rich but less so than the more cheese version. As such, there is not really much burnt cheese marks on the dish but rather, a white creamy surface on top of the rice. 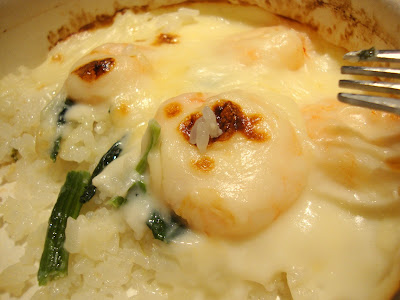 The rice was Japanese rice but it is more chewy than the rice used in sushi. They were also very generous with the prawn servings and every single prawn was cooked to the right doneness. The prawns were especially sweet and fresh. 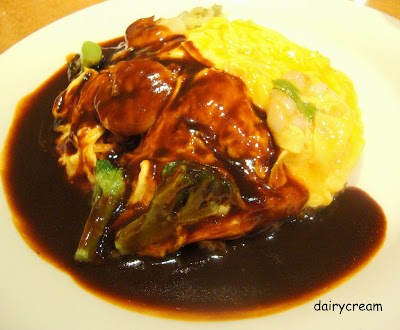 特製デミソースのオムライス ９６６円
Special Made demi-glace sauce Omelette Rice
Any rice with demi-glace sauce is highly popular on many Japanese-western style restaurants and is not to be confused with the French's brown sauce. In fact, I think demi-glace sauce is another invention by the Japanese and you can now find instant versions of them in Singapore Cold Storage too.

There was a hint of liquor in the sauce but it was very fragrant.Try slurping everything in a bite!

There is actually a quite extensive dessert menu as well but we did not try them this time as well. Perhaps it will be quite interesting to know how its instant curry sold  in boxes taste like! This Olive House specialises in western food but they do have restaurants that are named "インドカリーの店" Indian Curry Shop.They have so many branches that I guess it is quite easy to spot them around in Japan